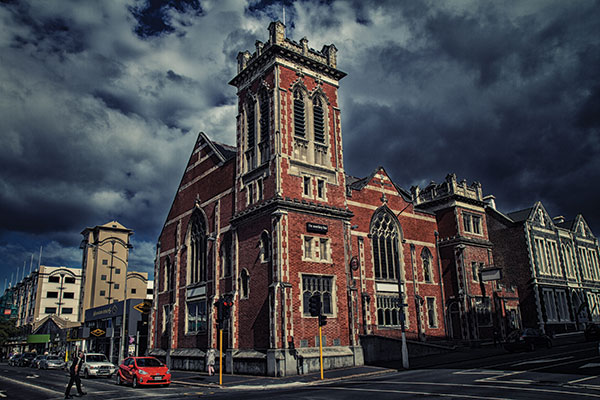 Letting the Monkeys Out

There are at least two sides to every tale … especially one spanning over several years, involving high profile business owners, a secret Facebook page and a potential police cover-up. The ODT have told one side of the story, but after Critic was given access to the private Facebook discussion group “Metro Exies” and made contact with Benjamin Hanssen whilst he was overseas, we can now disclose further details of the dramas that have been unfolding in Dunedin’s bar scene. Almost everyone Critic spoke to describes their rival businessmen as “dodgy as fuck,” and with such accusations flying both ways it’s hard to see just who the good guys are.

In November 2013 the ODT printed an article entitled “Bar owner left trail of bitter creditors.” This followed news that Benjamin Hanssen, former owner of Monkey, Metro and Diamond Lounge/Rumours, was “the bar owner involved in employing gang members to intimidate rivals, and was alleged to have knowledge of concrete being poured down the drain of a rival establishment.” Hanssen insists the majority of it is pure fiction “but makes a good story,” and is “based on two or three people out to get me.” Hanssen says, “if I really wanted to stop them and fuck them up, I would have done a better job than putting sewage in my own car park.” He said he was not given the opportunity to comment prior to the ODT’s article going to print and is now “in the process of speaking to solicitors ready to take the ODT to court [over] false accusations and slanderous comments.”

In February 2014, two months after closing Monkey Bar’s doors, Inland Revenue won their case in the Dunedin High Court to liquidate Metro Bar Ltd, 2 Mooses Tavern Ltd, The Church Nightclub Ltd and Professional Hospitality Staff Ltd. These are the companies through which Hanssen has run the Dunedin bars. The case was over quickly with Hanssen saying he “knew it was a losing battle.” Hanssen told Critic he poured all of his fortune into trying to keep the bars afloat, but in the end “I just couldn’t keep up with the sinking market.” He said he tried to plan ahead, but each month the situation just got worse. He now has “no doubt [that] the tax department will prosecute me for not paying taxes.”

Hanssen has a history with a number of past business owners, but he defends himself saying he is “no more ruthless than any other businessman.” He says that if he had done anything wrong, there would be more than one person who had made official complaints against him. In 2009, Kirstin Diack made a complaint to the Serious Fraud Office and in 2011, she made a complaint to the Registrar of Companies regarding a property development company, Wakanui Developments Ltd. Diack worked for Hanssen during one of his periods of bankruptcy (2002-2005) and during this time was instructed to set up companies for him. In NZ, it is illegal to run a company when bankrupt. The complaint alleged that Hanssen was “not a fit person to own, manage or direct a company in New Zealand” and he was accused of owing creditors “in excess of $800,000.” Diack says upon discharge of the bankruptcy, “[Hanssen] immediately resumed as the director.” The companies have since been liquidated, as per Diack’s predictions in the complaint letters. Hanssen claims his relationship with Diack goes back 20 years and the pair finally fell out when a property deal went wrong and Hanssen lost “nearly half a million dollars.” Diack’s response was that the only reason Hanssen lost out on any deal was because “neither the liquidator nor the lenders wanted to deal with him ever again.”

Hanssen believes there is a small team wanting to bring him down after “not getting their own way” in deals or employment relations with him. He says there are three people with “vendettas” against him - Kelly Gilan, Nicholas Vague and Bradley Roberts. He says that they all have their own secrets so “are not the ones to be talking” in contrast to his own record which he says “is all a matter of public record.” Diack, who made the official complaints, has not met any of these three people but says “he has burnt a whole lot of people and we’re just watching out for who he burns next.” Gilan, who is currently serving time in jail, and Vague were not available for comment, but Critic spoke to Roberts, who was General Manager for Metro from 2011-2012.

Roberts has been looking into Hanssen’s past for the last year and says that Hanssen has a complicated network of companies. “The more tangled it is, the harder it is for creditors to chase debt.” Hanssen believes this is “an interesting assertion to make.” He says “I was a conglomerate. I’m operating in two of the highest risk industries: hospitality and property. Anyone with commercial law experience would be able to make sense of my companies.” Hanssen says Roberts has “destroyed my reputation” and that “he has rung almost anyone I have done business with in the last 25 years.”

Hanssen and a business partner of his, Hamish Lay, claim they have both had Roberts “harassing” and “cyber bullying [them] on an epic scale” since last year. This includes threats to family, friends “and even on my dog’s life.” Hanssen told Critic “I am fine with people attacking me. I made my own decisions. But some of the people you are dealing with are attacking friends and family around me.” The online attacks included Roberts creating a fake Benjamin Hanssen profile on Facebook, adding his friends, family and clients to it and then posting damaging statements referring to his business history. The cyber bullying was reported to police; Roberts was called with a warning and no further complaints have been laid. Roberts says his actions are because “I give a shit about people. I got sick of him ripping people off, especially students working for him trying to make ends meet.”

He says that until now, no one has stood up to him because he can be “intimidating to people he perceives as below him or vulnerable.”

Following the sale of Malbas, now known as Capone, disagreement over who owned the chattels within each bar caused a dispute between Greg Paterson, who owns the building, and Hanssen. Paterson believed the chattels in Metro belonged to him, which Hanssen denied. On a Friday night, “a group of thugs showed at Diamond lounge to take everything,” says Hanssen. The “thugs” showed up again and ripped more out, including the tills worth $5,000 each and half of the illuminated floor. When he called the police, Hanssen says “two showed up and refused to help unless disturbance of the peace was occurring. And if I tried to stop the thugs, they were going to have me for assault.” Hanssen said it cost $15,000 to shut that night and it “finished the premise for me.” Hanssen says he then “arranged for my agents” to remove the product back from Capone, to which “five squad cars showed up at Capone for my guys.” Hanssen and his business partner, Lay, believe someone in the police was informing Paterson. The night that Hanssen attempted to claim chattels from Capone was the night concrete was poured down one of the drains.

“It was just two mature business men arguing over chattels as part of a business deal, not a repossession as made out by the media.” He says the police invented the story involving Mongrel Mob. “If it was Mongrel Mob, I wasn’t aware as they were not patched.” He said “people are watching too much Breaking Bad. It’s not like you call 0800 MOB.” He says it was just a friend helping out. “The hysteria over this is incredible.” Critic tried to contact the police several times, however, they were not available for comment.

Critic spoke to Iain Nellies and Don Millis, Principles at Insolvency Management Ltd, who are looking after the case. It has been suggested that Hanssen and his business partner, Kerry Thompson, are placed on the banned directors list. Information is still being gathered in order to file the first report on what assets are available but Nellies said “[Hanssen] is operating through a company which is a separate legal entity, so the debts stay with the company.” He said there is “nothing stopping him from continuing, as Hanssen is just working with the law as it is at this time.” With the current legislation, New Zealand offers a “free and open economy to do business in.” He explains, “there are, I won’t say loopholes, but things could be exploited if you’re not of the mind to do correct business.”

Just last month, Hanssen changed one of his company names from Westland Adventures to Northern Technology Ltd. This company will be selling “home automation technology.” This includes clever light switches, remote controls and “stuff for rich people with too much money.”

Hanssen says he is “no more dangerous or reckless than any other business man” and has “no reason to not return to Dunedin to tie up loose ends.” He says “I put my heart and soul into Metro and no one would have been sadder than me [to see it go].”