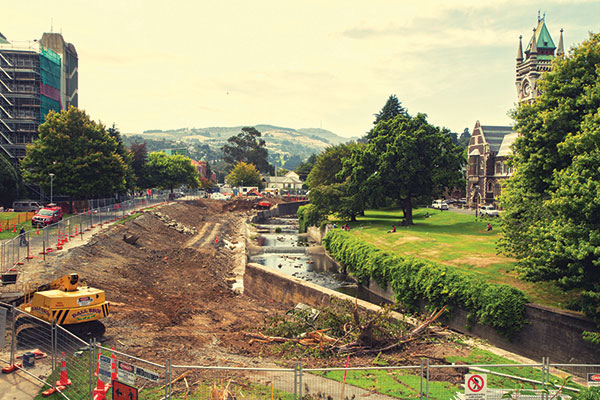 No Chain Smoking for Queen

NORML have further questioned the boundary of the University’s Smoke-free policy by looking to an archaic property right known as the Queen’s Chain that considers riverbanks to be public property.

In his repeated attempts to “break down the policy,” Otago NORML spokesman Abe Grey contacted Critic speculating that the Queen’s Chain protects the banks of the Leith from the policy.

Critic’s investigations into Grey’s claims suggest that the area along the Leith may be considered as part of the Queen’s Chain, although the limited application of the concept in New Zealand and the University’s management of the area would indicate that the area is still within the Smoke-free policy.

Critic spoke with Senior Surveying Lecturer Mick Strack who said that the basic philosophy behind the Queen’s Chain was that waterways should be set aside for public use. However, he said that while “land has been set aside around our waterways when required, and when surveyors have chosen to do so,” the Queen’s Chain concept has “never been absolute.” Walking Access Mapping System (WAMS), which identifies public land in New Zealand, acknowledges that the “Queen’s Chain … [has] been affected by erosion in some cases.”

WAMS indicates that the area along the Leith from St David Bridge to Union St is public reserve land and “can generally be expected to be open to public walking access.” Strack added that “in the sense that the Leith is classified as a river, it is eligible for being set aside as a reserve.” However, Strack suspected “that one way or another, the adjoining land owner has some sort of jurisdiction over the management.”

DCC City Planner Lianne Darby confirmed Strack’s position. She said the parcel of land in front of the Clock Tower building is held in Computer Freehold Register OT299/36 and is “owned by the University of Otago.” She said that there is “no esplanade reserve or strip in this location” meaning a “Queen’s Chain” is not a possibility. She added that it “certainly looks like the University are responsible for the land” in front of the Clock Tower, citing that “usually stopped road is transferred to the adjoining land owner.”

Grey added that he wanted the University to “be forthcoming with their explanation” of the policy, rather than the vaporous explanations he had felt from them thus far. Incidentally, NORML appear to be categorised as something other than “smokers,” considering that the ODT last week reported there were few breaches of the policy and that “there had been no backlash against the policy from smokers.”
This article first appeared in Issue 5, 2014.
Posted 5:30pm Sunday 23rd March 2014 by Claudia Herron.