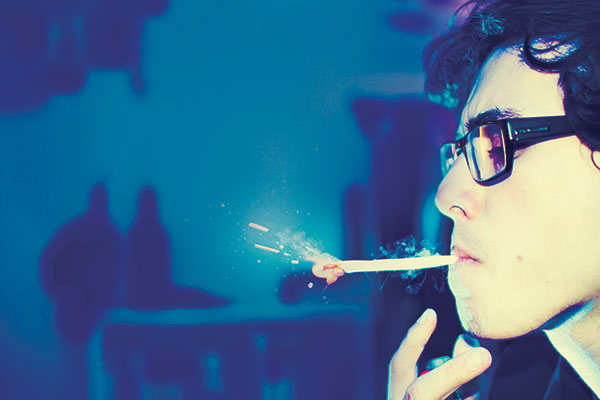 Psychoactive substances are the active ingredients in party pills, energy pills and herbal highs. They are like any other drug, with many people experiencing problems of addiction. The Psychoactive Substances Act commenced on 18 July 2013 and regulates the importation, manufacture and supply of psychoactive products. However, despite regulation of the substances, five varieties of the drugs have already been revoked due to being too harmful. Damning the drugs further, a number of counsellors have spoken out about recommending synthetic addicts use natural cannabis in place of synthetic varieties because of the harm they cause. Despite attempts to regulate, there appears to be an anomaly between the use of legal drugs developed as an alternative to cannabis and the fact these alternatives may present more harm than the very model itself.

Most recently, Bay of Plenty (BOP) Addiction Services have revealed their counsellors are encouraging some synthetic addicts to smoke natural cannabis. The revelations are contained in a draft policy to further limit the sale of psychoactive products, as reported by the Policy and Planning Committee to the Western Bay of Plenty District Council in February this year. BOP Addiction Services, which comes under the district health board, and Te Puna Hauora, a community mental health service, revealed in the report that “the majority of people presenting used to use cannabis and have switched to psychoactive substances most probably because it can’t be detected in any work drug tests and it’s legal. However, they seem to have more health problems with psychoactive substances than cannabis.”

The report states: “They note that 16-17 year olds are a ‘total mess’ and in fact recommend that they use cannabis in preference to synthetic cannabis. Anecdotally they are aware of death as a result of consuming psychoactive substances.”

The report also indicated that while a number of those presenting for help with psychoactive substances is “relatively small,” significant problems experienced with use of the drugs include hallucinations, seizures, and impulsivity such as climbing out of moving cars. The report was unclear as to whether these were symptoms of use, or were due to withdrawal from the substances.

The ODT also reported in June 2013 that Dunedin Community Alcohol and Drug Services clinician Mark Greco promoted the use of cannabis to synthetic cannabis addicts because it is the “lesser of two evils.” He highlighted the different agonists – a chemical that binds to a cell receptor and triggers a response – in natural and synthetic varieties of cannabis. He said that cannabis has a partial agonist and thus a partial efficacy, while synthetic cannabis has a full agonist and has full efficacy. He was also reported as highlighting the issue of drug use in different settings. He said, “Cannabis has more of a spiritual cultural background to it. People listen to music and they know what they’re in for. It’s not about getting completely off your face.”

Synthetic cannabinoids are chemicals that mimic the effect of THC – one of the ingredients in cannabis which helps get one high. Their appeal to many is, of course, their legality, and that they can be used to avoid strict student and workplace drug-testing regimes. While many may be harmful and nasty, they are generally cheap and effective.

The Psychoactive Substances Act came into effect on 18 July 2013 and regulates the importation, manufacture and supply of psychoactive products. The purpose of the Act is “to protect the health of, and minimise harm to, individuals who use psychoactive substances.” The Act aims to balance the demand for access to such substances with the risk of likely harm to individuals and society. Manufacturers are required to have their products assessed in order to prove that they are low risk before they are approved. There are also additional restrictions on the sale to minors, no sales from convenience stores, limited advertising, childproof packaging and clear listing of ingredients and health warnings.

However, the Act has not been without the continued recognition of problems with synthetic cannabinoids. The National Poisons Centre has reported a rise in calls from doctors and ambulance officers reporting breathing problems, paranoia and recurrent psychotic episodes in relation to the drug. Doctors have also reported concerns following an increase in clients using emergency services following adverse effects of taking them. In the February issue of Matters of Substance, a magazine by the New Zealand Drug Foundation, Max Daly talked about the framework of New Zealand’s synthetic drug legislation, which is receiving attention globally. “While New Zealand’s New Psychoactive Substances regulation is sensible, it leaves us with a situation where some substances, synthetic cannabinoids, for example, are legal while arguably less toxic ones like cannabis are banned and the most dangerous drugs, such as heroin and crack, are left to roam wild. Common sense says the only way of solving this narcotic riddle is either to control all drugs or prohibit all drugs out of existence.”

Critic spoke with Bruce Atmore, the Principal Advisor of the Psychoactive Substances Regulatory Authority at the Ministry of Health. When queried about the continuing problems with synthetic cannabis and some counsellors’ inclination to recommend natural cannabis, he said that “[the Ministry] treat natural cannabis as a different substance,” and that comparisons between natural and synthetic cannabis won’t be made by government. “One reason for the Psychoactive Substances Act is that it’s about regulating substances already under control.”

He said that it is “a lot more complex” than saying that synthetic cannabinoids are more harmful than natural cannabis. “There are strong synthetic cannabis substances out there, many that are banned by default. And there are more mild strains that are more likely to be approved. So the 40-odd that are approved products are substances that present a lower risk of harm.”

He also highlighted that like any drug use, the user’s state of mind and physiology will come into play and acknowledged that some users of synthetic cannabinoids have reported disorientation, nausea and headaches. “If we’re looking at the severe end, there have been incidents with kidney problems, and we have subsequently revoked and withdrawn five products, so those have completely exited off the market, and that is because we did have verified reports of medical harm. Those products no longer met our threshold for approved products.” He said that it was necessary to look at how truthful reports of drug use are: how a user took the drug, and how much they took.

“The very nature of [synthetic cannabinoids] is they are for the purpose of getting a psychoactive effect. And we need to distinguish between that and harm.”

Admore said the Ministry “can’t speak for the individual counsellors,” but that “the Ministry doesn’t endorse [promoting one substance over the other].” Admore noted that the Ministry administers both the Psychoactive Substances Act and Misuse of Drugs Act. “[Natural cannabis and synthetic cannabis] are quite separate. Government maintains the position that cannabis is an illegal substance and that the Psychoactive Substances Act is a separate piece of legislation.”

Critic also spoke with Mark Chignell, the Clinical Group Leader at Student Health Counselling Services who said it was “curious” that counsellors would advocate any drug use over another. He highlighted that the counsellors’ remarks needed to be looked at in light of Community Alcoholic and Drug Services (CADS) and Student Health dealing with “an entirely different clientele,” particularly because CADS deal with addicts who have been specifically referred to them for serious addiction issues.

Chignall said that “when you actually begin to delve into it” the different harms present in natural cannabis and synthetic cannabinoids are “a really complex interlay of factors.” He said that drug use is often an issue of setting, and that “the setting is more likely to create different forms of harm.” He said, “Generally, when a person were to take natural cannabis, they are more likely to be in a setting where they are in a flat, having a few beers, in a relaxing situation, or just kicking back. A synthetic product is more likely to be taken at a party, clubbing, and other stimulants will be involved.”

He said it was important to put addiction to one side and look at the complications around both synthetic cannabis and natural cannabis. “[Student Health] see chronic natural substance users do less well academically, higher drop out rates, poorer relationships, and their general ability to cope with life is reduced.” Chronic users have a tendency to overcome their reduced lifestyle by doing more of the drug in an attempt to relax their anxieties. In Synthetic users, they see a lot of anxiety, paranoia, depression and panic attacks. “What [addiction] creates is dysfunction. Synthetic cannabinoid use creates a whole different plethora of problems.” Chignall said that we see “quite a few [people] that have a really bad experience. The anxiety, the panic, the depression is pervasive.”

Chignell added that even at the Ministry of Health level, it is “acknowledged” that synthetic cannabinoids are harmful, “so why would you allow it? There is a level of craziness.” Despite being treated differently in the eyes of the law, he said “with either [synthetic cannabis or natural cannabis], you are playing Russian roulette in a way.” Any reaction to the drug will depend on the make-up of the person, whether it be their physical or mental state.

Chignell reiterated that Student Health “do not advocate any use of mind altering substances.” But in terms of counselling, everyone is treated “as an individual” and the emphasis is on “harm reduction.” Sadly, some students would need help beyond what Student Health can provide. “If it is natural marijuana products and their life has become dysfunctional, it may be that we refer them to secondary services. With synthetic products, by the time they come to us it’s often too late. The reaction is so severe they need to go to secondary health services to get the care they need. It’s harsh.”
This article first appeared in Issue 4, 2014.
Posted 2:59pm Sunday 16th March 2014 by Claudia Herron.