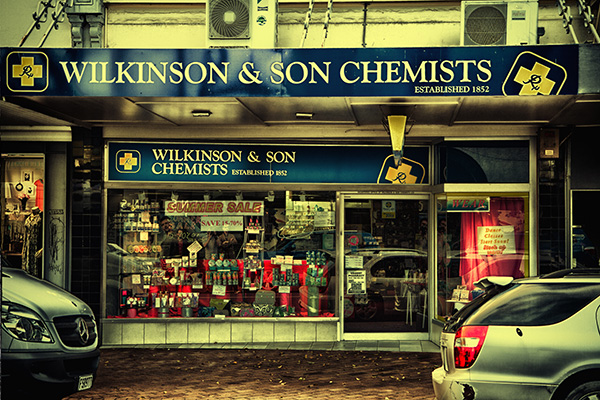 Walking into a pharmacy in need of the emergency contraceptive pill (ECP) has left some young Dunedin women feeling inappropriately questioned and judged by a local pharmacy. One woman has made a complaint to the Health and Disability Commissioner (HDC) abut Wilkinson and Son Chemists after her experience ended with her being told that the “best method of contraception was to hold an aspirin pill between my knees,” according to the statement she filed.

The ECP, or “morning-after pill,” is available to women at pharmacies and sexual-health clinics nationwide. In New Zealand, the two ECPs on the market are Levonelle-1 and Postinor-1, which cost $35 over the counter if prescribed by a pharmacist, or $6.50 if prescribed by a doctor or sexual health nurse. Women must take the pill within 72 hours of sexual intercourse. However, few clinics are open over the weekend, so many young women have to surrender a visit to an open pharmacy instead. In 2013, over 2,500 ECPs were dispensed from Dunedin Central and Dunedin North pharmacies.

Critic spoke with a number of young women who had negative experiences with Wilkinson and Son. The women described their experiences getting the ECP as “judgmental” and “inappropriate.” The industry standards for the Pharmacy Council of NZ indicate that “requests for emergency contraception must be received sensitively, with due regard for the woman’s right to privacy and confidentiality.” With this in mind, I decided to pay a visit to a few local stores to see what response was given to a young woman asking for the ECP.

The first pharmacies I visited were Albany, Unichem, and Urgent Doctors – all of which were very professional; taking no more than five minutes to dispense the ECP, including the time it took for them to consult with me. However, my visit to Wilkinson and Son took 10 minutes, including consultation, to receive the pill. During this time, I was asked the standard questions required, including whether it was my first time using the ECP and if I had reacted to it previously. The questions then extended to drinking habits, drug habits and whether my partner was a regular partner. It was explained to me that the reason questions are asked about drugs is that taking cannabis renders the ECP to be completely ineffective. However, according to the Pharmacy Council of NZ, there is no scientific evidence of this, as no studies on the effects of cannabis and the ECP have been carried out. It was further explained to me that a woman had recently got the pharmacy in trouble because she thought they were trying to catch her out in regards to her drug use.

Critic had already spoken to the woman in question, who we will call Sarah.

In the complaint she filed, Sarah alleges that she was not informed as to why her drug habits were relevant to the pill. Instead, she was asked numerous questions concerning why she took any form of recreational drugs and what effect these had on her. She claims that she was asked “a lot of what I felt were unrelated questions about my sex life and religion, as well as asking me about recreational drug use and what would compel me to take drugs at a party. I felt very uncomfortable, especially as they kept making jokes about the situation.” She says the invasive questioning made her feel “very uncomfortable.” Following the question of whether the incident was with a long-term partner, Sarah says the Pharmacist remarked that her partner was “a lucky guy,” and described Sarah as “pretty and athletic, like his daughters.” The consultation ended with the pharmacist allegedly telling her that the best form of contraception was to keep an aspirin pill between her knees. After making her official complaint to the HDC, she has been informed that they are awaiting comment from the pharmacy.

The Food and Drug Administration (FDA) have printed on the pamphlet of Postinor-1, the most commonly prescribed ECP, that the drug works by thinning the uterine lining (which the birth control pill can also do), thereby preventing implantation; or by preventing fertilisation. If taken prior to ovulation, Postinor-1 can inhibit ovulation for 5–7 days, by which time any sperm in the upper reproductive tract loses its fertilising ability. The active ingredient in the ECP, Levonorgestrel, is not effective once the process of implantation begins. Barbara Moore, Professional Standards Advisor for the Pharmacy Council of NZ, clarifies that “taking the morning-after pill whilst pregnant will not harm a foetus” and therefore, by current medical convention, it is not classified as an abortifacient (a drug that induces an abortion).

This last point is particularly pertinent, as after being questioned as to whether they are religious or not, and what faith they followed if they did have one, all of the women interviewed who visited Wilkinson and Son said they were asked whether they were “aware that this pill does not prevent pregnancy?” The pharmacist went on to explain that the ECP is a biological abortifacient and that this makes it inappropriate to take for some Catholics. They said that this knowledge sometimes made girls change their minds.

Moore says it is essential that, when in doubt, women should challenge the knowledge of their health care professionals and “ask for the clinical evidence.” Being a drug, side effects should be discussed and there is a list of standard questions the pharmacist is supposed to ask in order to ensure the ECP will be effective: why you need it; how long it was since the “incident” happened; whether you have used the ECP before and handled it well enough; and whether you take any drugs or have any medical conditions which may interfere with the ability for the drug to work.

Sarah is awaiting a further response from the HDC, but hopes that her complaint will make the pharmacy aware that they are “making women feel uneasy – whether intentionally or unintentionally.” Critic approached the pharmacy, which is aware of the complaint made against them, but they are strictly unable to comment due to following HDC protocols.

Whatever the reason, young women should not hold out on getting the ECP because they are afraid of judgment from their health care professionals. According to the Pharmacy Council of NZ, those who are allowed to hand over the ECP have been given that privilege “on the condition they handle it in a sensitive and confidential manner.”