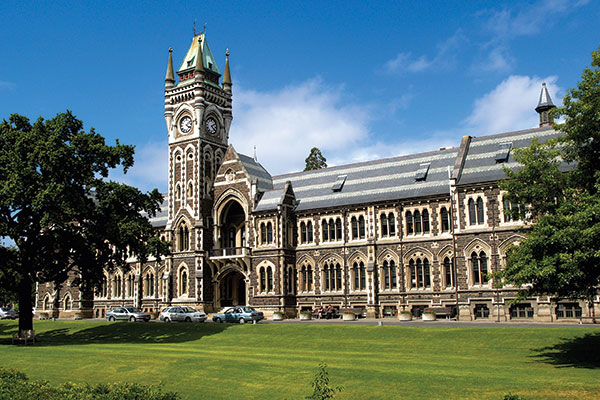 Hayne Joins the One Per Cent

The Tertiary Education Union (TEU) has condemned the recent trend of pay rises among Vice-Chancellors in universities nationwide. An annual report by the State Services Commission has revealed that at least six Vice-Chancellors across New Zealand received pay rises between 2012 and 2013.

The pay rises have occurred despite several crises facing tertiary education, including declining Government funding and increasing competition from universities in East Asia.

University of Otago Vice-Chancellor Professor Harlene Hayne received the greatest increase in remuneration, with her maximum potential pay jumping $110,000, from $420,000 in 2012 to $530,000 in 2013. The lower figure for 2012 is partially explained by Hayne coming into office one month into the payment term. Critic questions, however, whether 20 per cent of the Vice Chancellor’s work is really carried out in a single month.

TEU Communications Officer Stephen Day has criticised Hayne’s raise. “Otago is facing the same kind of austerity issues and loss of students that a number of other institutions, particularly universities, are facing at the moment. They’ve got students facing four per cent fee rises year on year, and staff that have had minimal pay raises.

As such, Day argues, it “looks cynical for a Council to turn to the person who sits in front of them in meetings every month and award them huge pay rises. It’s just completely out of synch with the financial position of the country, and of the institution itself.”

The rise coincides with a drop in Otago’s roll of nearly 3,000 over the past three years.

Hayne’s office did not answer Critic’s request for comment for two days, and on Thursday – the day Critic goes to print – finally referred Critic to the State Services Commission, without providing comment. The Commission had not responded by the time Critic went to print.

The TEU have also specifically denounced the University of Canterbury’s Vice-Chancellor Rod Carr, who received a boost of $40,000 despite the significant issues facing the University.

“The University of Canterbury is a university that is struggling financially. It’s struggling to recover from an earthquake, [and] it’s losing students and sacking staff,” said TEU Deputy Secretary Nanette Cormack.

“It’s hard to imagine how a Vice-Chancellor who is already paid far more even than the Prime Minister could justify taking a pay rise that equals an entire salary.”

“It hard to come up with a sane justification for why the richest public servant in New Zealand would be the Vice-Chancellor of the University of Auckland, earning $50,000 more than the head of Treasury,” Cormack said.