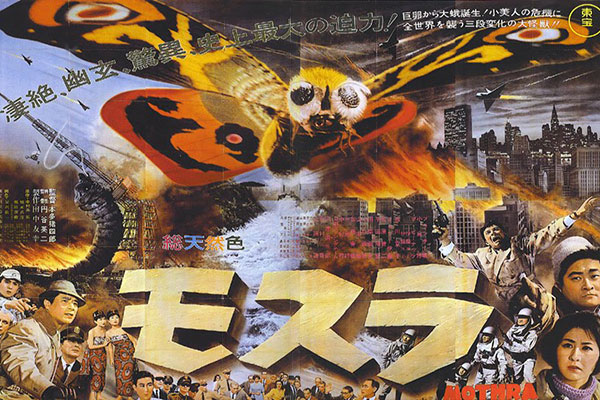 Return of the MOTHRA - Run For Your Lives

OUSA Education Officer Jordan Taylor is making a bid for the return of the MOTHRA Student Film Making Awards run by OUSA. The event, which was named after C-grade Japanese film MOTHRA, was last held in 2011.

Taylor claimed that the event, which had been running for over 20 years, was cancelled due to OUSA time limitations. However, a source previously involved in the competition believed that a diminishing number of original entries, along with the time and money required for organising and formatting the videos, ultimately outweighed the benefits of the event.

Time constraints mean the event is unlikely to occur this year. Taylor mentioned that the rules and regulations of the event would be investigated, allowing for winning entries to participate in further competitions with the support of OUSA, such as the UniTec competition. However, Taylor hopes to have everything in place for the MOTHRAs’ resurrection early in 2014. He believed the event could “reach out to students who may not do other things and also to the wider Dunedin community.”

Previous entrant, volunteer and prize-winner Alasdair Johnston said that it would be “cool to see it return if it could,” and that at least one previous winner had gone on to a successful career in the filmmaking industry.

One hiccup that the MOTHRAs could encounter is the popularity and size of other national film competitions that students may prioritise. In particular, the 48HOURS film competition is a major threat. Many previous MOTHRA entries were made specifically for the 48HOURS competition but were then entered in the MOTHRAs, reducing the number of original entries. The prize pool for these national competitions is also much larger and more worthwhile for potential filmmakers, with overall winners receiving over $25,000 cash along with various contracts.

However, the winners of the Dunedin section of the 48HOURS competition believed they would have also entered the MOTHRAs had it been running this year. “We definitely would have entered MOTHRAs,” Sam Reynolds, producer of winning film We Run the Night, told Critic. “It was a good competition that promoted filmmaking in the Uni, and considering how much money movies are bringing to New Zealand, it’s something that should be encouraged.

“OUSA needs to encourage these sort of extra curricular competitions so that people get out and do things outside of their degrees,” Reynolds added.

Once the planning has been completed, the future of the event will be in the hands of the OUSA Executive.