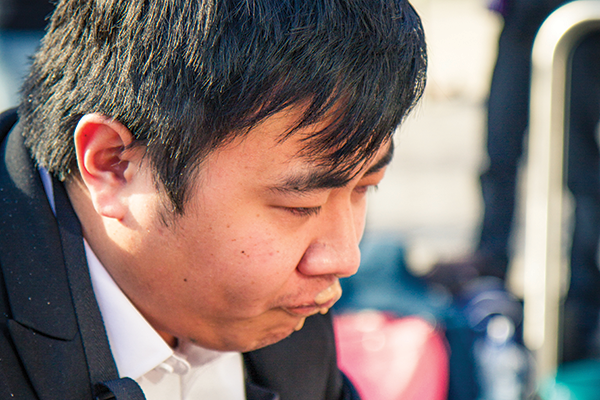 OUSA President Francisco Hernandez has dropped several strong hints that he is lining up a run for the Dunedin City Council (DCC) in November’s local body elections, although nothing has been confirmed.

The Otago Daily Times reported last Tuesday that others had asked Hernandez to consider running. Speaking to Critic, Hernandez confirmed that he had been approached to run, but would not reveal who had approached him. He is also understood to be interested in running for president of NZUSA.

At an OUSA Executive meeting on Tuesday evening, Hernandez declared that he would play no further strategic role in OUSA’s upcoming campaign to register students for the local body elections. Although he did not confirm his candidacy, he claimed that the speculation had given rise to a “potential conflict of interest.” Should Hernandez ultimately decide to run, he will have indirectly benefitted from the OUSA campaign given that students would likely form the bulk of his voter base.

Hernandez refused to confirm or deny any prospective bid, telling Critic, “I’m not ruling it out, but I’m not ruling it in. I’m not even ruling it. My focus right now is on the students.” However, he believes the DCC could benefit from his presence.

“I could use my skills as a University Councillor, and as a three-term Executive member,” Hernandez said. “What the DCC needs is someone who can make not that many resources go a long way, and I think I’d be able to do that.”

He also claimed that the DCC could use more student voices. “That’s one of the key things. I mean, the city is about 20 per cent [students], but there are no Councillors who are currently students.”

Hernandez also confirmed rumours that he has been taking part in paid Zentech drug trials. As Hernandez earns a presidential salary of $30,000 and is known to be highly frugal, one reason for his earning extra money on the side could be to compile a campaign kitty that is free of any OUSA funds.

He would not be drawn on whether this was the case, telling Critic that “the reason I’m doing the Zentech trials is that I believe in the cause of advancing science.” However, he also dismissed any suggestion that he would be participating in the trials pro bono.

Hernandez believes that he has achieved all he can in his current role, and is keen for a new challenge. “At the end of the day, it’s about making a difference. Realistically, I’ve made all the difference I can make in OUSA student politics … I think when you’re a student politician, you come to the end of your shelf life after about three years.”

Radio One breakfast host Aaron Hawkins and Students for Environmental Action co-president Letisha Nicholas have already declared their candidacies for the mayoralty and central ward respectively.