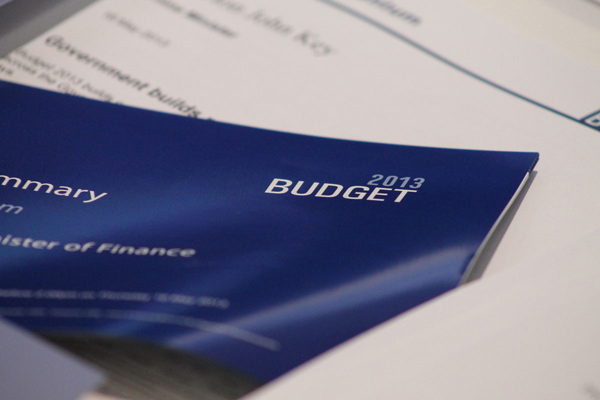 Budget 2013: Nothing new for impoverished students

It appears the National Party is waiting until election year 2014 to give New Zealand’s domestic tertiary students any excitement in the Government’s annual Budget.

Student allowances will continue to exist only for younger students and people studying for their first degrees. Students aged over 65 will not be eligible for an allowance, while students over 40 years old will be restricted to 120 weeks of the scheme, amounting to three years of study. Students of all ages will continue to have access to the interest-free student loan scheme.

National Secretary of the Tertiary Education Union, Sharn Riggs, responded that “this government is stripping money away from students, both directly through their loans, allowances, and higher fees, and indirectly by attacking the quality of their education.”

While little change is expected for the average tertiary student, marketing of New Zealand’s international education industry will receive $40 million over the next four years. “International education currently contributes more than $2 billion to our economy each year and supports approximately 32,000 jobs,” said Tertiary Education, Skills and Employment Minister Steven Joyce. National aims to increase the value of international education to $5 billion by 2025. The funding is part of the Government’s $400 million internationally-focused growth strategy, which includes extra money for tourism, science and research, and development.

Initiatives to increase repayments of student loans from overseas-based borrowers and reduce evasion will also be put in place. There will be a new ability to arrest the worst offenders of outstanding student loans at the border.

The Parliamentary debates following the release of the Budget were unsurprisingly heated, with Winston Peters of New Zealand First claiming National has turned Kiwis into “mice on a treadmill.” In order to better demonstrate this analogy, he then presented a toy mouse on a treadmill to Parliament. “National is pinning its hopes on asset sales, pandering to rich tourists,” Peters said as he continued to stroke his mouse.

David Shearer of the Labour Party said that New Zealand has a “game show Government,” and likened Peter Dunne to a contestant on Survivor who “sometimes outplays, never outwits, and somehow he outlasts.”

The Greens’ response lacked any real substance, with never-ending repetition of how National look after the top two per cent: “John Key is more interested in looking after his mates than your mates.” The running response to this on Twitter generally consisted of “no one is listening,” and comments on the irony of how “Greens complained about not getting paper copies of the #NZBudget.”

Key responded by describing Labour and Greens as “where fruit meets loop.”

Despite the entertaining anecdotes from Winston Peters, the budget release was, as John Key described David Shearer’s speech, “like watching MySky on half speed.”