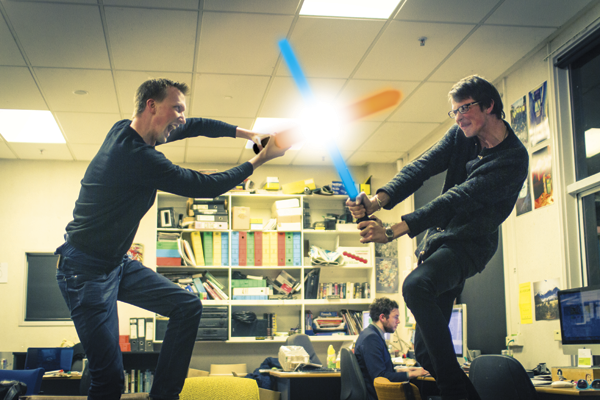 In a letter to OUDS president Paul Hunt, Hayne recognised the society’s recent “international exposure … putting Otago on the world stage as a top ranking debating institution,” as a primary reason for the funding.

The application sent to Hayne identified Auckland University’s annual $25,000 debating funding as a precedent for Otago’s; however, Hunt would not provide Critic with a reason for this sense of entitlement.

When asked how it could be justified that the value of a small student loan is spent on an extracurricular hobby, Hunt told Critic “the skills required for debating are part of the academic focus of a university. The ability to articulate arguments verbally is not dissimilar to making arguments in an essay. Some universities have full-time staff dedicated to coaching debating.” Pro debater, indeed.

Hayne emphasised to Critic that “OUDS must provide evidence to confirm how their funds have been expended in supporting members to attend competitions. The University will require receipts for all expenditure, and any unspent portion of this funding must be returned at year-end. A report must also be submitted at the end of the year outlining the activities undertaken, which students attended each event and the event’s results.”

The University has no fixed budget for competition and event funding, and an individual student may apply for up to $500 to compete in Australia or $1,000 to compete in other overseas destinations. The OUDS is the first team to apply for this funding as a group of students, and as such, the $25,000 grant skyrockets them to the status of Otago’s highest-funded group.

Hayne’s confirmation letter also outlined her desire for OUDS to work alongside the University’s Director of Development & Alumni Relations “to pursue other funding sources that might assist the Society on an ongoing basis.”

“I may also be willing to contribute a similar amount of funding to the Society in 2014 and in 2015; however, this will be subject to an end-of-year review of what has happened in 2013,” the letter concludes.

“The University regards these debating teams as excellent ambassadors for Otago. I am very proud to support them,” Hayne told Critic.

Since July 2012, there have been 16 applications for such funding, five of which were successful.

Currently, the Debating Society also has one corporate sponsor, Gallaway Cook Allan Lawyers, who provided funding of $5,000 for the year.
This article first appeared in Issue 12, 2013.
Posted 1:24pm Sunday 19th May 2013 by Zane Pocock.