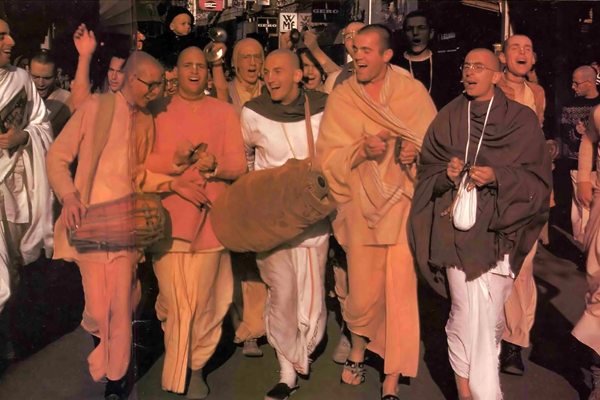 The Hare Krishna community in Dunedin has been gifted a house to call their spiritual home thanks to a gracious donation from one of the group’s members. At the end of this year, 133 London Street will become the new Dunedin Hare Krishna Cultural Centre.

Hare Krishna member Jane Beecroft confirmed the acquisition, saying that it was something the group has been talking about for some time, especially to address frequent housing problems when overseas visitors of the faith were in town.

The residence was donated to the Hare Krishna community following the passing of Madam Yap, the mother of Hare Krishna member Dr. Karuna Sindhu Dasa. Dasa purchased the $395,000 London Street residence in February with the estate of Madam Yap after the house had only been on the market for one weekend.

The six-bedroom home will be used as “an education facility” where people are taught yoga, vegetarian cooking and meditation classes. According to Beecroft, the Hare Krishna community sees the house as a symbol for “our own sacred space,” as well as a chance to “open our doors to the greater Dunedin public.”

Although the home is currently tenanted, the group will primarily use the downstairs area of the house for their public programme, while upstairs will be for residential use when they are able to occupy the premises later this year. They are also looking at offering rooms to international students, especially those from India. “Many international students find it hard putting up with noisy partying flats, so [the house] will be a nice facility and still within their culture.”

As for the prospect of leaving their current meeting place at OUSA’s Recreation Centre (formerly Clubs and Socs), Beecroft assured Critic that the Hare Krishna community has a sentimental reason for the premises. “Clubs and Socs is our lungs, and this new house is our heart. And you need the lungs to pump the blood around the heart.” The move would have little effect on their spiritual presence there, and fortunately their popular $3 lunches will remain unchanged.
This article first appeared in Issue 12, 2013.
Posted 1:24pm Sunday 19th May 2013 by Claudia Herron.