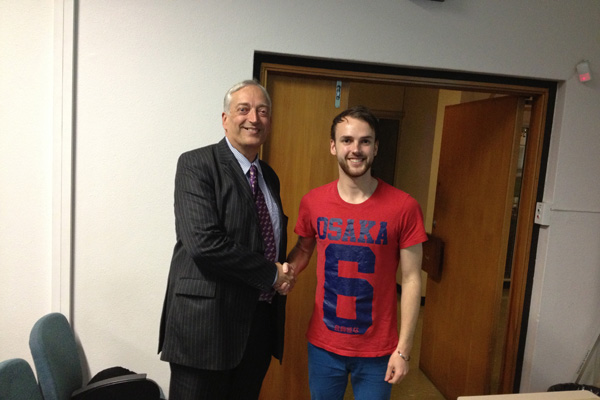 A Lord-to-Lord chat with Christopher Monckton

Lord Christopher Monckton is arguably the world’s most prominent climate change skeptic. He talks to Critic about NZ universities, Generation Zero, and whether he’s actually a Lord.

You’re speaking in Gore tomorrow. Are small towns worth your time to attend?
It’s always an enormous pleasure to come to NZ. The longer I can get away with staying here and travelling around to see new bits of it, the happier I am. Our audiences have averaged 80 just about everywhere.

Your presentations are very focused on science, data, and graphs. Do you think it switches people off to be bombarded with complicated statistics?
I don’t do science by overall narratives or politics or by touchy-feely emotions. I do science by mathematics, and the audiences who come to my talks expect to be shown proper evidence.

Are there any particular NZ scientists or organisations that you would describe as dishonest?
Victoria University of Wellington has three professors against whom I have made a written complaint of dishonesty to the VC. That particular university is a nest of vipers… if they don’t give me a proper response then I will be going to the police because at least one of those scientists has in my opinion committed a very serious scientific fraud.

Do you have a message for Generation Zero, the local climate change activism group?
Do science, not politics.

Some people have said you’re a Viscount, not a Lord.
Well a Viscount is a very grand kind of a Lord, there are only 29 of us in the world. The way it works is that there are five degrees of the peerage – Dukes, Marquises, Earls, Viscounts, and Barons. Viscounts are the fourth lot down, but barons are two a penny, nearly all peers of the realm are barons. Only a very small number are in the higher degrees of the peerage like me. Now in my case I got my peerage by choosing my parents very carefully, it’s purely an inherited title, I’ve done nothing to merit it in any way.

I own a square metre of land on a Scottish estate, which makes me legally a Lord. Is that legit?
It makes you a Lord of the Manor, which is a defunct Scottish title. It’s a Norman-French title originally, and it has no practical value, and no, you can’t call yourself a Lord, you have to call yourself a Lord of the Manor, whereas I’m a peer of the realm which is a different category altogether – much rarer, much grander, so I would say!

I tried to organise some Generation Zero people to debate against you but they all refused, their grounds for refusing were –
Can I tell you what their grounds were: “To debate with me would be to lend me credibility.”

One of them may have said that, but a lot of them said that your debating style was very “robust” and that in the past you’d made personal attacks.
The reason that they meant was that if they debated with me they were frightened of losing.

What do you think motivates people to exaggerate climate change?
It has become part of what I call the communist party line, where people say “We are going to adopt only one politically correct position, we are not going to allow any debate,” that’s what Victoria University did…

It is a totalitarian hive-mind, viciously intolerant of any point of view that may wish to question it. It’s not reds under the beds, it’s reds running Greenpeace, and the Environmental Defence Fund, and the World Wide Fund for Nature (WWF). They are ruthless totalitarians and they will do whatever it takes to get their way.

Why did you decide to dedicate your life to travelling the world speaking about climate change?
I am following my dream of travelling the world with other people paying. People like having an eccentric aristocrat providing an opposing voice in the climate change debate. As long as there is life in my somewhat frail body, and as long as I can make a difference in the world, I’ll keep doing it.
This article first appeared in Issue 9, 2013.
Posted 3:14pm Sunday 28th April 2013 by Callum Fredric.