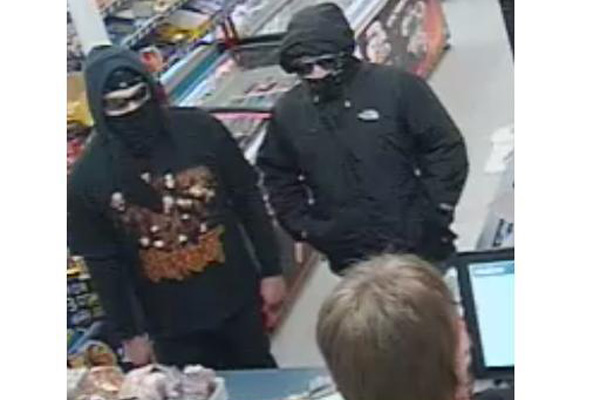 Dunedin dairy owners have recently been arming themselves with machetes, mallets and large wooden sticks as self-protection, after a series of aggravated robberies in which synthetic cannabis has been stolen.

Police have been trying to encourage worried dairy owners to take the product off the shelves rather than arming themselves following seven recent Dunedin cases. The weapons have been removed and the dairy owners formally warned.

Of all seven robberies, Senior Sergeant Chris McLellan stated, “demands have been product-specific and … several of the offenders arrested admitted that they were addicted to the product.”

Being a synthetic substance, the products in question may have more unknown effects than cannabis. They are also made of different chemicals to other synthetic cannabis products that were banned under 2011 legislation. McLellan said the current products don’t fall under this legislation due to the “different chemical composition, brand names and distributors. The bottom line is the products’ ingredients are unknown.”

The synthetic products are currently legal despite Parliament passing the first reading of the Psychoactive Substances Bill earlier in the month. The Bill, written by Associate Health Minister Peter Dunne, would make all psychoactive substances illegal unless it can be proven that they carry a low risk. Submissions on the Bill are due by 1 May, and it is expected to pass on 1 August.

However, Dunne also has the power to introduce an emergency ban on these products. In November 2012, Dunne placed a Temporary Class Drug Notice on a K2 product that contained EAM-2201. This ban was “a holding pen until we could bring in permanent legislation,” he told the Bay of Plenty Times.

Effects of the product were similar to those associated with methamphetamine and turned people into “K2 Monsters,” Dunne exaggerated.

In a recent Otago Daily Times article, one mother declared her son was addicted to the substance and that she had previously found her son high on synthetic cannabis and eating lasagne off the kitchen floor with his hands.

The Southern District Health Board plans to run a forum on the dangers of these substances. Addiction to the product allegedly provokes violence, suicide, paranoia and intense withdrawal symptoms.

There had been an increase from nine outlets selling synthetic cannabis to 20 in recent months, as it is a lucrative product for dairy owners. McLellan told Critic they had visited the outlets to give them information on “the harmful effects of this product and crime patterns, and delivered crime prevention advice to keep them and their customers safe.”

Critic heard the story of a recent holdup from a witness to the crime. The witness, Ralphie*, who was himself on a mission to acquire more K2, walked into Willowbank and saw two hooded, bandana-wearing men at the counter. Not realising what was happening, Ralphie calmly lined up behind the two robbers. The shop assistant, who was emptying the till and the store’s K2 stocks, tried to gesture at Ralphie to leave. Polite to a fault, Ralphie waved back. The robbers left and the assistant told Ralphie what had just happened. Ralphie said some comforting words like “shit” and “buzzy”. He then bought his K2 and left as the police were arriving.