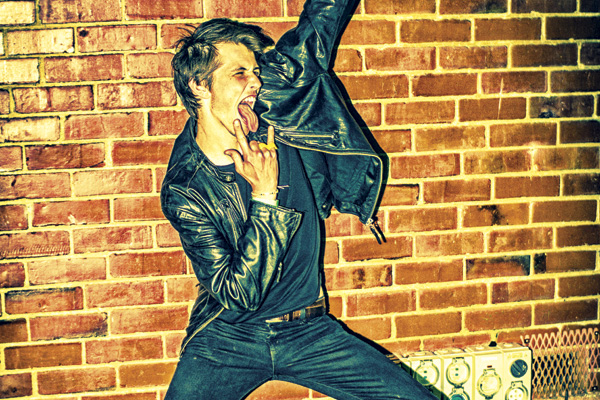 Old Rockers Aerosmith proved they’re still Living on the Edge last Thursday evening, after more than 20,000 loyal bogans descended on Forsyth Barr Stadium for their first ever New Zealand concert. Playing all their big hits including “I Don’t Want to Miss A Thing”, “Dream On”, “Jaded”, and “Love in an Elevator”, frontman Steven Tyler and his posse delivered an energetic 90-minute set that saw scarf-adorned Tyler impressively rock his way around the stage.

The stage set arrived in Christchurch on a jumbo jet from the U.S. a week earlier, with the equipment then being transported to Dunedin in 11 semi-trailer truckloads (82,170 Hubble-barns in total volume). A production crew of 150 was tasked with assembling the stage, the biggest ever constructed in the South Island.

Ticket sales leading up to the event were well below the capacity of 40,000 and many fans who had paid full price were left angry as discounted tickets for as little as $49 were released online. Disgruntled rockers took to Facebook and fans declared themselves “really angry and disgusted” as a result of the “unfair” discounts. While many cheap seats were admittedly from an obscured view, Critic was confident that even from the other end of the stadium Steven Tyler’s lips could still be seen.

Anzac Day licencing laws were relaxed for the event, and Aerosmith fans could walk their way into town for a nightcap after the DCC supported an extended licence for all bars until 1am. Concert Promoter Andrew McManus said the extension was “so revellers [could] wind down after their hard day.” According to DCC Liquor Licensing and Projects Officer Kevin Mechen, about 20 bars had been granted the extended licence.

Because the licencing laws only apply to hotels and taverns, ever-classy establishment Stillettos was allowed to remain open until 6am. Concertgoers were kept entertained through the night by the lovely ladies, beverage in hand, before conveniently nipping around the corner to remember the Anzacs.

The six-hour rock’n’roll marathon also featured Wellington band Head Like a Hole and Australian groups Diva Demolition, Dead Daisies, and Wolfmother, who were playing their penultimate concert before disbanding.