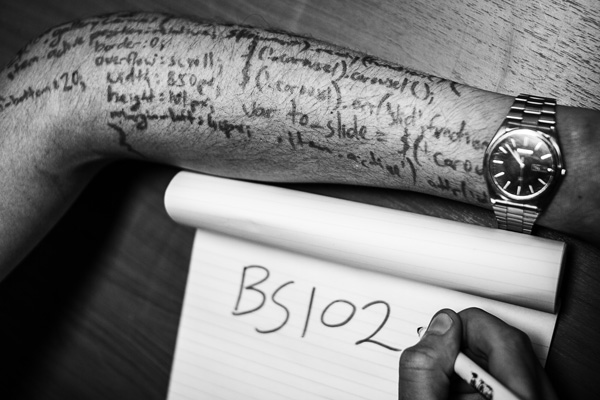 Stashing exam notes in the toilet and posting computer science code on an online forum were among the 45 cases of dishonest practice that Otago students were reported for in 2012. The Annual Discipline Report shows that of these 45 cases, 17 stemmed from the Commerce Department, 15 from the Humanities Department, seven from the Science Department, and six from the Health Sciences Department.

Most of the 45 cases in the report involved students reproducing work identical to that of another student, submitting work that was incorrectly cited, or simply copying and pasting content from the Internet.

Two levels of dishonest practice are recognised within the University, one concerning unintentional plagiarism as a first offence, the other concerning intentional plagiarism as a repeat offence. Penalties range from receiving a warning and reduced marks for the work, to more severe penalties that involve receiving zero marks for the entire paper or being excluded from the University.

When asked if there was any explanation for the Commerce Department stealing the highly sought-after honour of “Most Cheaters”, the Uni said it “would be expected” that the number of dishonest practice cases between the four departments would “vary from year to year.”

Critic spoke with one plagiarism student known as Cheaty Petey, who submitted an internal assignment for a third-year Statistics paper that appeared to be identical to that of another student. Petey said that “getting everyone else [who cheats] done for it would involve too much paperwork,” and felt that the Department did not handle the situation well. “I was left in the dark for quite a while by the Department about what was happening, and none of my emails were replied to.” While Petey was let off with a warning, he did admit the ordeal had effectively deterred him from repeating the same mistake.

In a thriftily-produced video on the University website, “Anna” teaches students the ins and outs of plagiarism. She recommends exhaustively citing all information used and not assisting anyone else to plagiarise. Critic would like to thank Anna for her sage advice.

The 2012 report shows that the number of dishonesty cases was down from the previous year, when 52 cases were investigated.