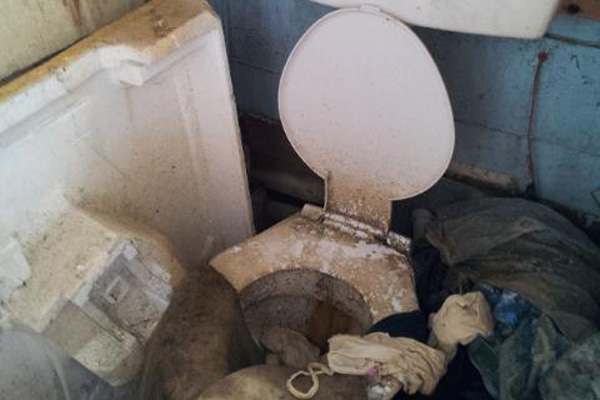 The winner of OUSA’s 2012 “Worst Student Flat” award is being done up as part of an initiative to make student flats more acceptable to live in.

Organisers hope the Shit House Chateau, at 47 London Street, will serve as a positive example of what can be done to improve the standard of living for students in Dunedin. As an incentive, the landlord has agreed to pay for materials and labour so long as students help where possible. The tenants’ rent has also been lowered.

One of the first improvements has been the creation of a vegetable patch using a $500 grant from the Big Green Challenge. They have also cut down several out-of-control trees around the property because they were causing dampness and darkness.

Generation Zero member Lindsey Horne, who was part of the team that bicycled from Dunedin to Auckland for Powershift, is a current tenant at the flat. She says that one of the next things to be dealt with will be the flat’s infamous “grotty potty.”

Ms. Horne told The Star last week that “the property manager has been really good,” but they need to keep the landlords on their toes “because you do not want to let them off too easy.”

When the flat was named Dunedin’s worst, the tenants at the time said that “the race to select rooms was pointless as all six rooms are equally damp, cold and generally gross.” There were “questionable stains on every surface, windows that time has sealed shut and doors that don’t lock.

“The landlord has deserted us in this hell hole to fend for ourselves. The clothesline is made of string tied to trees and multiple doorknobs have been replaced by mangled cutlery. Every day is a drama. The drier doesn’t work, the clothesline gets no sun and the hot water cylinder seems to have a four-litre capacity. Times are tough on London Street.”

The ultimate goal is to turn the flat into a warm house with low energy costs. Critic advises the tenants to turn to religion.