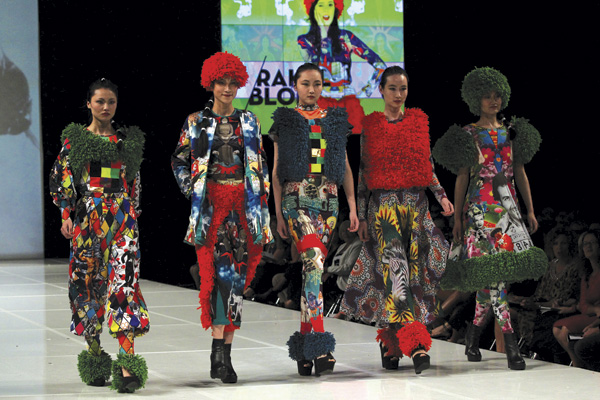 Dunedin’s iD Fashion Week was launched last Monday evening at a boozy invite-only function in the bowels of the Otago Daily Times.

While introducing Susie Staley, who is the iD Committee Chairperson, Paul Dwyer of the ODT had a dig at the event’s lack of a major sponsor, suggesting that “maybe it’s about time we got a man on the board to quicken things up.” At the conclusion of his ramble one attendant exclaimed, “what the fuck was that?”

Critic also notes that this really was the only thing even remotely interesting about the opening (save for the international guest Stephen Jones turning up from London despite health issues), and is glad to pass on the now-controversial patriarchal torch to our cousin publication.

Tuesday night saw the combined launch function of local labels Moodie Tuesday and UNDONE in a cave-like underground venue on Dowling Street, with the youngest group of attendees any iD event has ever seen. Beer from Green Man Brewery, however, is never a good idea and Critic’s classiest advise against its use.

Wednesday night continued the alternative iD content, ushering in “Underwater Apocalypse Adventure Vacation” at None Gallery, featuring performance art, a sound and video installation, and fashion by Auckland label Nymphets described by one attendant as “crazy, raw and fucking awesome.” It was indeed outstanding; however, a Critic reporter tripped over the main plug, turning off the entire exhibition and becoming the latest victim of conceptual fashion.

The Emerging Designers Awards held last Thursday night saw the victory of Rakel Blom from the design school at Otago Polytechnic, with a collection of what looked like woolen poodles. At the introduction to the event it was kindly pointed out to the audience that David Shearer and his cronies had appeared, if only to be reminded of their position as the Opposition. Regrettably, Critic obtained no photographic evidence of each individual’s demolition of a bottle of bubbly. Critic is pleased to inform readers, however, that we did in fact see a model smile for the first time in written history, and that the token runway trip-up occurred at the end of one designer’s series.
This article first appeared in Issue 4, 2013.
Posted 5:43pm Sunday 17th March 2013 by Zane Pocock.