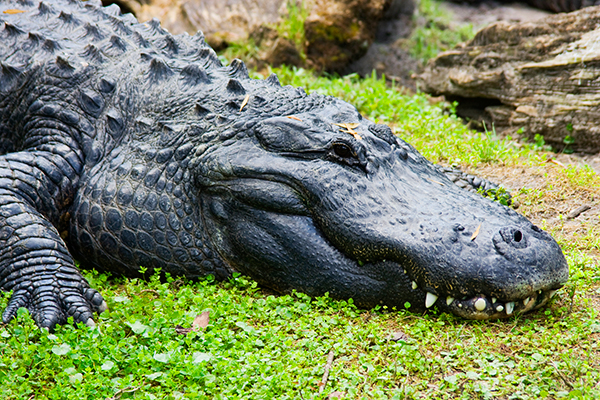 There is a strange and terrifying underbelly to Edinburgh’s progeny that we are only just discovering. This week, in news from Dunedin FL, we reveal the insider’s scoop on the alligator attacks that have been terrorising the city. Like its Celtic namesake, the alleys of the city have become a hushed-up den of murder and the homeless. Critic investigated the reports of a beast in the depths of Dunedin.

A Dunedin homeless woman’s body was found, three days dead, in a canal, her right arm missing. Local authorities have ruled out a homicide, noting that the “upper body trauma” was caused by alligator bites. A medical examiner admitted the possibility that an alligator “did play some part in the victim’s death”; the victim’s brother-in-law suggested drug use may have been a factor.

Is this just another victim in a small string of alligator-related deaths? Was it the drugs, and the alligator was just snacking? Or did the drugs allow her to see into a spirit world, where she was torn asunder by ghostly spectres? Local rumours certainly hint at a supernatural awakening in town. In the past month, there have not only been ghost sightings at bus stops and in houses, but UFO prevalence has also increased, the most common type being “a cloaked triangle ship with orbs nearby”.

Some argue that a sinister human purpose is behind the attacks: the area has seen killer alligator attacks before. During World War II, the 1st Amphibian Tractor Battalion was pieced together by the Food Machinery Corporation based on a design by Donald Roebling, whose “Alligator” was a civilian rescue vehicle designed to operate in the same swampy areas that are now claiming the lives of Dunedin’s homeless. This man-made reptilian went on to balance out the real deal’s kill count, with Lieutenant General Alexander A. Vandegrift writing in 1944, “Our success in the bitter fighting at Tarawa was due in a considerable measure to the magnificent performance of the amphibian tractor.” Is this invention now being used to purge Dunedin of its unsavoury citizens?

According to Robert Gruen, long time Alligatoridae-carer, alligators are psychologically inclined to only attack animals smaller than themselves. Critic advises all people smaller than about 10 feet to take care near murky bodies of water.
This article first appeared in Issue 25, 2012.
Posted 4:25pm Sunday 23rd September 2012 by Josie Adams.