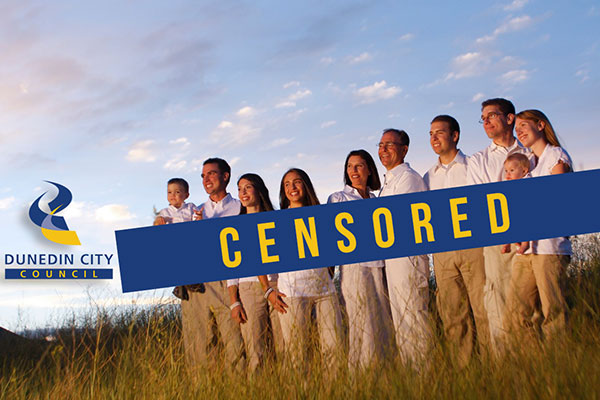 August was not a good month for Family First.

Family First spokesman Bob McCroskie was not impressed, telling Critic: “When you’ve got two websites, one arguing for and one arguing against, and they selectively ban one of them, then I would suggest that’s a little bit desperate. I’ve written to the mayor but he hasn’t had the decency to respond.”

DCC spokesperson Graham McKerracher responded to Critic that “We just employ an American company that looks after our filter for us. We don’t normally ask our company to unblock sites unless they’re work related, so we will not be asking them to unblock the site. It’s not about us picking on any particular person.”

Mr McKerracher checked a few other websites on Critic’s request, and confirmed that the National Front website was blocked while the Workers Party site was not. He declined to check the Right Wing Resistance blog, possibly concerned about his internet history log.

The next blow was when the internet address “familyfirst.co.nz” was bought by Wellington man Hamish Gowenlock and redirected to the Marriage Equality website. Although Family First’s actual website ends in “.org.nz”, Gowenlock’s cheeky move gained a lot of publicity on Facebook and Twitter.

August 30 was a particularly distressing day for those who believe in Protect Marriage’s pithy tagline (“One Man. One Woman. That's Marriage.”) As well as the gay marriage bill passing its first reading in Parliament, Labour MP Jacinda Ardern’s Care of Children Law Reform Bill, which aims to legalise same-sex adoption, was drawn out of the member’s ballot.

McCroskie says Family First is “absolutely” continuing its campaign against the gay marriage bill, and will also be opposing Ardern’s bill: “I don’t think as a society we should intentionally set a child up for fatherlessness or [to be] without a mother.”

Political commentator David Farrar, who supports same-sex adoption, nonetheless criticised Ardern’s bill back in May, describing it as “basically little more than a legislative request for the Government to do something”, which would “probably delay any actual law reform for four or more years”.

If Ardern’s bill passes, which would not be for about 12 months, the Law Commission will spend 12 months drafting new legislation relating to the care of children. The government would be required to introduce this legislation without amendment, but would never be required to actually hold a first reading. Even if the government of the day did schedule a timely first reading, it would still have to go through the full legislative process once again.

Furthermore, Farrar says the bill “doesn’t specify a single policy principle. It gives no direction to the Law Commission as to what should be in the bill… [not] even that the bill should not discriminate against same-sex relationships.”
This article first appeared in Issue 22, 2012.
Posted 5:17pm Sunday 2nd September 2012 by Callum Fredric.