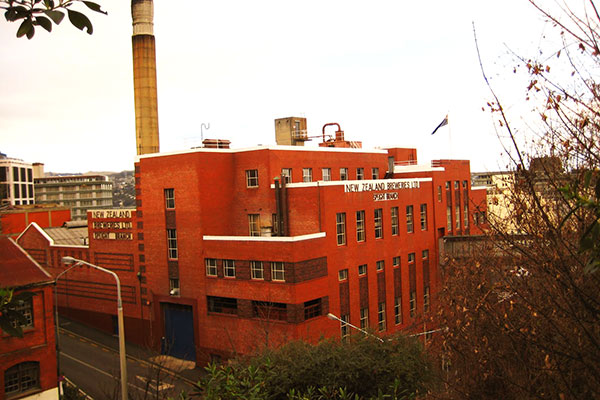 A major re-development of Speight’s Rattray Street Brewery will enable the brewing of over 24 million litres of beer per year for thirsty scarfies. Lion Breweries has been granted resource consent for the next stage of the $29 million re-development following completion of the first stage back in May, including the relocation of the Maltexo Plant from Christchurch.

The multi-stage project will take 18 months to complete, and will consist of the installation of a new 150hl brew house, a multi-purpose tank farm, and upgrades to the boilers and CO2 collection facilities, as well as new sales and operations offices.

The new and improved brewery will primarily produce Speight’s Gold Medal Ale, Speight’s Summit, and Mac’s Gold. Once the re-development is complete the number of full-time staff at the brewery will increase from 11 to 27.

While the re-development has further cemented Speight’s iconic presence in Dunedin, the Otago Daily Times reported concerns that the recent increase in production after the Christchurch earthquakes had also caused an increase in smoke coming from the factory’s boilers. Lion communications manager Judy Walter stated that Speight’s were working closely with the Otago Regional Council and DCC to address this issue. A feasibility study to commission fuel alternatives is to be conducted, with a final decision expected in mid-September. “Speight’s is committed to ensuring that our emissions [are] responsibly aligned with the community’s expectations… and that our re-development plans meet these changing requirements.”

Heritage advocates also expressed concerns that the public was not consulted on the consent process, especially as some people consider the brewery an important heritage building. Walter reinforced that Lion had “followed the Council’s consent process in full from beginning to end”, and that the Council had confirmed that a public consultation was not required given that it was a “non-notifiable consent”. Walter also said that the plans had been significantly amended throughout the process to preserve the historic site and to ensure that the plan is both “practical and sympathetic to its surrounds”.
This article first appeared in Issue 22, 2012.
Posted 5:17pm Sunday 2nd September 2012 by Claudia Herron.