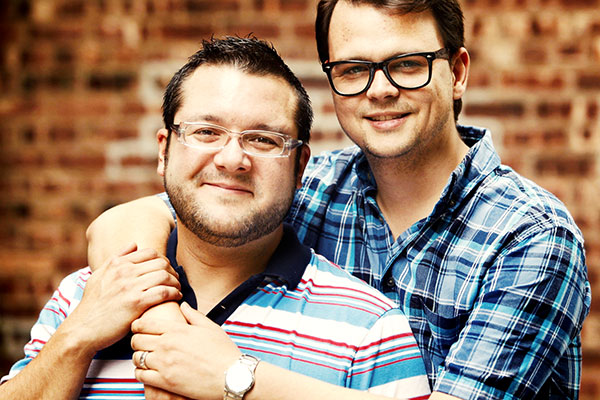 The vote drew a packed public gallery at Parliament, and with many tuned into Parliament TV social media outlets went haywire after the announcement of the vote, with a passion very rarely expressed by students on any issue other than alcohol.

Wall told Parliament that “there is no reasonable ground on which the state should deny any citizen the right to enter the institution of marriage if he or she chooses. That is not the process of inclusion.”

While National’s Dunedin-based MP Michael Woodhouse voted against the bill, Labour MP for Dunedin North David Clark voted in favour, stating: “The strongest support for marriage equality that I have experienced has come from the age group most likely to be engaging in marriage in the future. It is for those people who will be inheriting and carrying forward the institution of marriage that I am supporting the bill.”

Kiwiblog’s David Farrar produced a detailed vote-breakdown, pointing to some interesting outcomes. NZ First was the only party to vote exclusively against the bill, while all the other minor parties voted exclusively for it. Labour had only three members slyly vote against, and National was surprisingly even-split with 30 for and 29 against. In a fairly significant turnaround, John Banks and Lockwood Smith voted in favour of gay marriage after voting against decriminalising homosexual behaviour in 1986.

It is important to remember that this vote was simply for the bill to pass its first reading. The next steps in the process will involve consideration by a select committee, followed by two other Parliamentary votes, before the bill is passed into law. It is possible that some MPs will change their votes. The final vote, assuming there is one, will be held within the next six to twelve months.

The NZ First Party is already suffering a fallout from its decision to be the only party to whip its MPs to oppose the bill, on the grounds that issues of “public morality” should be put to the public in a referendum rather than dealt with in Parliament. Otago student Beau Murrah and at least five other young NZF members have pledged to quit the party in the wake of the decision, which they regard as a betrayal. Murrah stated: “Morale is very low. The vast majority of the youth wing supports same sex marriage. The youth wing is as good as dead, and some people who were interested in the candidates college to stand for NZF are not interested any more.”

Murrah also fired a few parting shots at the NZ First Party, describing a culture of “incompetence, bullying, and intimidation” within the party. “I joined the party because I supported a lot of their economic policy, but when you get in there it’s an incompetent, shadowy circus.” Murrah says a young solo father who worked for NZF’s Dunedin South committee was cut off from the party after being outed as gay.
This article first appeared in Issue 22, 2012.
Posted 5:17pm Sunday 2nd September 2012 by Zane Pocock and Callum Fredric.