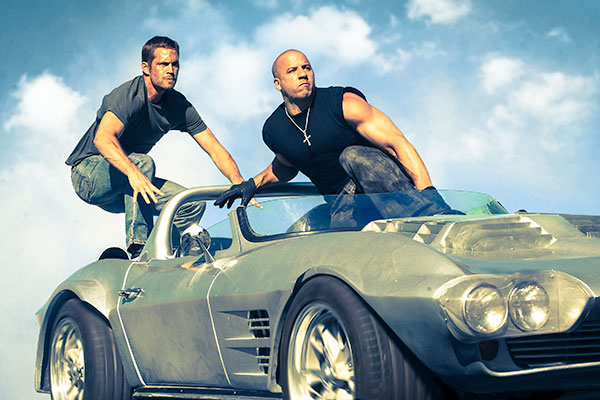 On Friday August 24 a large contingent of boy racers took to the roads surrounding Dunedin. There were a reported 1000 “hooligans” in 400 cars participating in Dunedin’s “Big Cruise”. While many claimed that the event would be an opportunity for young car enthusiasts to show that they are merely people who like cars and socialising, the event ultimately proved that bogan cars attract bogan behaviour.

The cruise began on the outskirts of Dunedin and ended in the famously quiet and conservative township of Mosgiel. Dunedin Area Road Policing manager Senior Sergeant Phil McDouall told media, "A strong police presence meant that these people (drivers) were not able to undertake any dangerous driving manoeuvres or do any damage in the area.”

However, the night did not pass without a few notable incidents. At 1.30am a serious crash occurred on Castle St, involving one car from the cruise and a car belonging to a drunken member of the public. The drunk driver reportedly lost control of his car when he swerved to miss pedestrians crossing the street. His car then collided into another car and flipped several times before catching on fire due to a punctured petrol tank. Senior Sergeant Steve Aitken said, "It's phenomenally lucky no-one was killed. It's meaningless destruction”, not to mention totally badass. The driver of the flaming car fled the scene, but was later located by the police dog squad. Breath testing found him to have twice the legal limit of alcohol in his system.

A further 22 cars participating in the cruise were ordered off the road by police due to various issues with adjustments that had been made. Despite these incidents, the night was considered to have generally gone well in terms of driver behaviour. The Dunedin police have said that the lack of further problems during the night was due to a series of checkpoints throughout the city to catch drunk and dangerous drivers.

While the “Big Cruise” went better than planned, staff from the Dunedin brothel La Maison have complained of abusive behavior from the so called “car enthusiasts” towards the brothel staff. La Maison director Teena Ingersoll told reporters that due to abusive behaviour from boy racers she had made "a horrendous amount of 111 calls, probably every weekend for the last eight years". The abuse ranged from discarding the contents of a sanitary disposal unit from a nearby public toilet in the business’ car park to urinating on the building. Ms Ingersoll also reported that “some (boy racers) even have the brass to come upstairs and they ask the most disgusting questions... I wouldn't even want to be quoted to tell you what they say.”

A meeting between the DCC and Dunedin police regarding the abuse was held last week. The meeting resulted in changes including the erection of a liquor ban sign near the brothel, a notice reminding motorists that unauthorised vehicles would be towed, and the Queens Gardens public toilet being locked at night.

La Maison staff say they are pleased that the council has acknowledged the issue. However, Ingersoll said that she did not believe that the changes would stop the “out of control” behaviour. DCC councillor Kevin Thompson had a more optimistic view of what the changes could achieve, while also suggesting that the boy racers appeared to be predominantly from outside of Dunedin and as a result they may not know about the city’s liquor ban, despite their obvious close acquaintance with Dunedin’s ladies of the night.
This article first appeared in Issue 22, 2012.
Posted 5:17pm Sunday 2nd September 2012 by Margot Taylor.