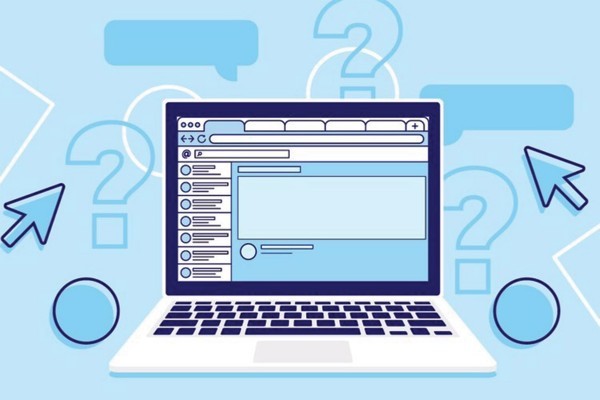 Students Upset over Lack of Recordings

COSC204 kerfuffle an example of a University-wide concern

Lecture recordings are not mandatory at the University of Otago. A debate sparked in COSC204 provides an example of the problems this can create.

Associate Professor Andrew Trotman’s decision not to publish recorded lectures led to a lengthy series of emails with his COSC204 students (including one student who was overseas to undergo a blood test), drawing their ire. The full story is not that simple, but it centres around two perceived problems: the fact that Otago University does not require lectures to be recorded, and the attitude of Andrew’s emails.

Andrew claimed in an email to Critic Te Arohi on August 1 that “all lectures are uploaded and available to everyone in the class”, citing an earlier email from July 27 which apparently said “lecture recordings for each topic will be released in batches at the end of each topic”. We have not seen this email, but we did see an email sent by Andrew on July 22, where he explicitly tells his students: “I have not been recording lectures and so there are none.”

The May 2022 OUSA referendum showed that 87.9% of students want Otago Uni to have a blanket policy requiring lecture recordings. Other universities, such as Auckland Uni, have already implemented such a rule. An Otago Uni spokesperson said that the Uni’s “diversity of teaching spaces” means no such policy currently exists, but added that a working group has been established to look into this. This means that, technically, Andrew does not have to supply any lecture recordings, though he has claimed that as of August 1, all lecture recordings are available online. A student in the course claimed that only four of his seven lectures have been recorded, but we have not received proof of this claim, nor do we know if that is contradictory to Andrew’s claim. Regardless, the lack of a recording mandate is the key sticking point in this discussion.

Aside from the lack of lecture recordings, students also complained about the perceived attitude of Andrew’s emails. Students described these as “dismissive”, “ableist”, and “rude”, although they included very detailed responses to student questions, and contained multiple offers of one-on-one catch up meetings over Zoom. Nonetheless, Andrew’s first email, sent on July 12, was described by one of his class reps as a “manifesto”. In it, Trotman set out a “social contract”: if students expect the teaching staff to prepare content, attend lectures, and to be fair and honest, then “in return we expect the same as you”. Sam*, a student in the course, baulked at the claim of a “social contract,” saying that “no, it's a contract-contract, where we pay the Uni so that they pay him to teach us.”

In his original slew of emails, Andrew signed off on behalf of “The COSC204 teaching team”, but class reps for the paper disagreed with the claims made in the emails. The reps told Critic Te Arohi that “The deliberate lack of recorded lectures… is only detrimental towards students' ability to learn, and we are all agreed that this practice is unacceptable.” Another class rep told us that “I emailed Andrew myself regarding his stance and was met with a dismissive email where none of my questions were answered.”

Andrew claimed that scientific research proves that “at best, there is no educational advantage to having recorded lectures”, but a class rep said that this was not backed up by any citations, which was “not very becoming of an academic, if you ask me”. For the record, our Science Editor fact-checked this claim, and concluded that there have been contradictory findings. She cited research published by Artz et al. 2022, who claim that recordings boost retention for difficult topics, but for easier topics, live lectures provide better retention. Every student we spoke to thought that the material was challenging.

Not having lecture recordings can also make things challenging for students who can’t always be on campus. Arlo, a student in the course, has advanced keratoconus in both eyes. He told us that his condition makes it almost impossible to see what’s being projected in a lecture, and that he’s invested in large monitors so he can watch recordings at home “like a normal person”. This meant keeping up with content in-person was challenging at the best of times, but only got more difficult when Arlo had to fly to the UK for a blood test. Andrew responded by saying that “Arlo hadn’t contacted Student Development and did not have the necessary approvals” to receive recordings, but has since been approved and should be receiving them.

In his July 22 email, Andrew told his class to watch YouTube videos on Blackboard, saying that they are more useful than lecture recordings. He said: “When (if) you watch these lecture recordings you will see the difference between a recording of a live lecture and a video made for educational purposes (a YouTube video).” Sam was critical of Andrew suggesting YouTube videos, wondering why he paid to attend Andrew’s lectures if YouTube videos were apparently better than recordings of those very lectures; “[what’s the point] in coming to class and watching him explain the content in the same way?” Sam added that if YouTube videos were better than recordings, then “his lectures are just shit”. Andrew clarified to Critic Te Arohi that the YouTube links were useful, as they included a digital pointer - something that the Uni’s recording software does not.

While insisting that lectures would not be recorded, Andrew said “[the teaching staff] will make time to work with” students unable to attend. He also offered, multiple times, to meet with students one-on-one over Zoom or in person if they felt they needed help catching up. Sam, a student in the course, took some issues with this. He said that the offer of in-person meetings was “a shit alternative”, because students “did not feel comfortable meeting with him one-on-one”.

Andrew said that he was “sorry to hear that Sam took offence at the email exchange – this was unintended and I wholeheartedly apologise for this.” Andrew also clarified that his offer of personal tutoring still stands, and that “If Sam would prefer to form a group (because, in his words, students “did not feel comfortable meeting with [me] one-on-one”) then I’m happy to tutor the whole group either in-person or over Zoom. I’m also available in many of the labs and Sam could ask questions there, or in the lectures, if that is preferred.”

As of print time, it appears that some sort of balance has been struck. Lecture for COSC204 “will be released in batches at the end of each topic”, and Andrew has expressed willingness to be flexible and cooperative with his students. While his students remain somewhat apprehensive, they seem to generally appreciate his uploaded recordings. Even a student that originally told Critic Te Arohi “he’s just an asshole” has since backtracked, and told us that the uploaded recordings “make me like him so much more.”

What hasn’t changed, however, is the Uni’s stance on mandated recordings. As Arlo pointed out, Andrew’s decision was just a small part of a bigger problem: that at least for now, the Uni’s lack of a consistent lecture recording mandate means wildly inconsistent policies between individual departments. Arlo said that as a disabled student, he does not “want to be singled out and solely catered for. If I am offered recorded lectures, everyone should get them.”