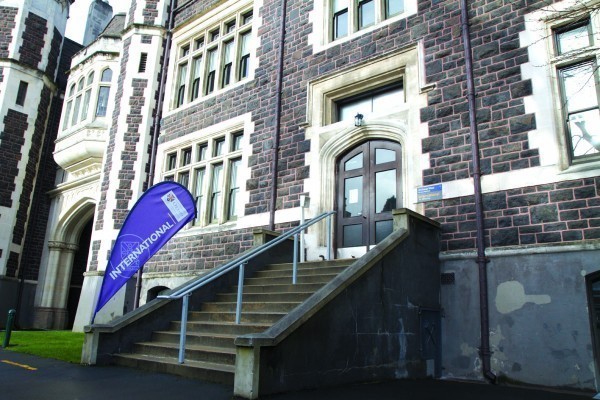 International Students Stuck Between A Complex and a Hard Place

What happens when you buy a UniFlat on AliExpress

Nine American international students have been put into an Airbnb “complex” up on Heriot Row, paying US$2,000 more for the semester than what they were originally offered – and not even getting a Kiwihost for the privilege.

These nine students were put into this pseudo-UniFlat by the programme they came over on, “The Education Abroad Network” (TEAN), which helps organise study and degrees for international students. Usually, people on TEAN are put into UniFlats, with their website promising “properties are either apartments or houses, owned or head-leased by the university”. For the last few years, a lack of international students have led to most UniFlats being leased out to domestic students for the full year, with some being sold. This meant that when international students began to return earlier this year, there wasn’t any room left for them – leading to accommodation options like this “complex”.

Holland, an international in this Heriot Row complex said that living there was a mixed bag. “Overall I am pleased with the space because it's clean, nice, and easy to live there,” she said. “It’s much nicer than UniFlats,” she admitted, since they are usually rented out for short vacations. However, she added that “it's been harder for us to branch out because we’ve been grouped together. Being a 15 minute walk up the hill from campus, inviting people over is tougher and can feel confining.” Critic agrees that needing to walk up a hill would instantly veto any social invitation we get.

They’ve have also ended up forking out more for the privilege of living in the complex: the amount they were being charged for accommodation by TEAN actually jumped by 50%: from the US$4,000 (NZ$6,350) they were originally quoted, to US$6,000 (NZ$9,531). They didn’t have a choice in the matter.

The other experience they’re missing out is a Kiwihost: a resident Kiwi in the flat who is every UniFlat’s indispensable tour guide to the good, bad and ugly of North D. While they have a resident director, who Holland referred to as their ‘mum,’ she doesn’t live on site. However, rather wholesomely, Holland noted that a UniFlat subwarden and Kiwihost, Katie, reached out unprompted her after finding out she didn’t have a Kiwihost offering any support.

Most tragically, despite their spacious complex being seemingly tailor-made for bangin’ parties, it’s not really practical for them to host. And this isn’t an excuse for them to avoid clearing vom stains off the carpets, either. While international students have taken over two of the four buildings on site, one of the other houses is an Airbnb, and the other is being rented out to the resident director’s daughter and grandchildren. Good neighbours they may be, but probably not particularly appreciative of RTD-soaked evenings or D&B seshes. As a result, Holland’s flat “haven’t tried throwing a party, and I don’t know if we will”.

Despite these issues, Holland and her flatmates appreciate the effort needed for TEAN to get them over here in difficult times. “TEAN had to pull different strings to get us here, and I am grateful that I am here,” she said. She’s glad that “they were able to work [the accommodation situation] out,” adding that this semester has “worked best for her”. For now, it looks like the flat will have to venture downhill for a taste of Dunedin culture.