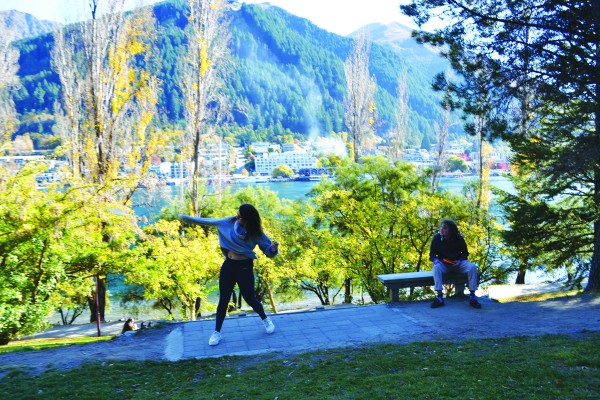 A new Unipol system which replaces most court bookings with a free-for-all “drop-in-and-play” system has been questioned by Otago Uni’s Ultimate [Frisbee] Club (OUUC), who say that it has been disruptive to training and “makes it hard for small developing sports to grow, especially during the winter months”.

Abi, Club President at the OUUC, said she wants to keep growing their small, yet fiercely competitive and high-performing sport. They’re regular attendees at national-level competitions, and in August, four members of OUUC will be representing Aotearoa New Zealand at the world under-20 championships in Poland. However, raising their profile is still a work in progress, said Abi: “No one really knows who we are. They even called us frisbee golf when we play ultimate!”

One thing that would help them, said Abi, would be the chance to consistently run trainings indoors. It’s an easier environment for new players, she said, especially because “You don’t need cleats or [to] deal with the wind when you’re indoors.” Even when it’s not raining, getting people to attend trainings, or even to give a new sport a go, can be pretty grim when it’s three degrees outside with a southerly gale.

Under the current system, it’s difficult to do that. Before good ol’ mate Covid came around, Unipol used to have a court booking system available, similar to study room bookings. This meant that in winter months, when the Dunedin City Council closes down sports fields due to rain, there was always a reliable backup option available for clubs like OUUC to continue training. This option, however, was removed post-lockdown. According to University of Otago’s Manager, Recreation Services, Daniel Porter: “Due to Covid-19 requirements, equipment was spread out and this changed the availability of court space. The growth of functional training – space that caters for more than one activity, such as stretching, body weight exercises, rehab and kettle bell movements –  has meant this court space is now being used in a more sustainable way.”

Daniel said that “Unipol still accepts court bookings at off-peak time.” However, “at peak times, Unipol cannot guarantee a dedicated space due to the volume of demand that exists.” These times, said Daniel, include rainy days when the DCC shuts sports fields. At those times, “demand for court space increases dramatically… [and] there is no dedicated space available for one-off requests when the grounds are available.”

This leaves OUUC in a bit of a bind when the weather starts to get damp. According to Abi, the only other indoor option available to them is the Edgar Centre, which isn’t ideal, as “it costs $5 and is not accessible to students since it's so far away.” In comparison, Unipol is free, easier to access, and more ideal for students in general. When the weather’s good, OUUC can get “consistently around 30-40 people” to show up to their weekly trainings on sports fields around North Dunedin. However, in winter, it’s far from certain that the weather will always play ball (or ultimate frisbee). At a recent training, Abi says they had to resort to bargaining with a group of basketballers so they could run their training session on one of their courts. She’s hoping that this sort of situation can be avoided in future.

While off-peak bookings at Unipol still remain a possibility, Daniel added that there are other options for clubs wanting indoors training space. Clubs can be “allocated space in other gyms, such as the Smithells or the College of Education alongside other user groups.”