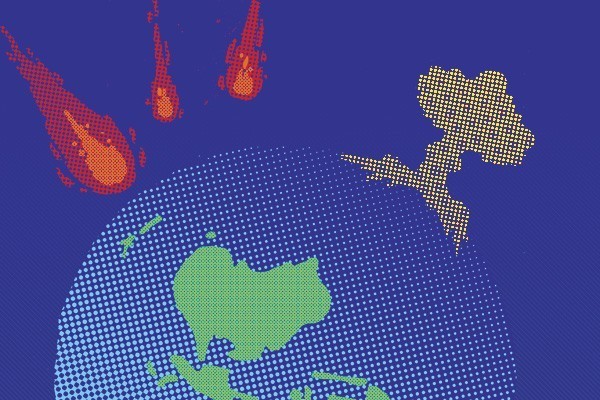 Government has a plan to have a plan

Last week, the Government released their first Emissions Reduction Plan (ERP) since passing the Zero Carbon Act in 2019. Critic Te Arohi spoke with Craig Cliff, the Uni’s Net Carbon Zero Programme Manager, on the impact of the plan and whether it goes far enough to address the existential climate crisis.

Transport and energy is the primary focus of the ERP. The Government’s flagship transport policy is a “Scrap and Replace” scheme, which will give lower-income families $10,000 to replace their higher-emissions vehicles (over 8 years old) with electric or hybrid cars. Craig criticised the policy for not directly “getting cars off the road,” as well as not addressing why “people don't use public transport” in the first place. $1 billion was also allocated to “decarbonising industry over four years”, which is a five-word description for something that could take the rest of your life to explain.

The plan restates the Zero Carbon Act’s targets to reach carbon neutrality by 2050, in line with the Paris Agreement of limiting temperature rise to 1.5C above pre-industrial levels (although some scientists are warning it’s already too late for that). Aotearoa’s goal of carbon neutrality, though, does not include biogenic methane emissions (mostly agricultural emissions), which comprise around half of our total greenhouse gas emissions. Instead, the government only plans to reduce methane by 24-47% below 2017 levels by 2050. Even with the somewhat less ambitious targets, Craig remains sceptical, saying, “I'm not confident that there's enough stuff happening now to achieve it.”

Greenpeace has denounced the ERP, terming it the “Omissions Ridiculous Plan”. In particular, they’ve criticised the plan for not directly taking steps to reduce agricultural emissions. The ERP’s current initiatives (beyond researching “technosolutions” which don’t exist yet) are only expected to lead to a 1% reduction in emissions. “Intensive dairying is the number one cause of climate pollution in Aotearoa, so it’s absolutely staggering to see that the ERP fails to include policy that would reduce cow numbers or phase out the synthetic nitrogen fertiliser that drive[s] emissions,” said Christine Rose, lead agriculture campaigner for Greenpeace.

Ultimately, the ERP is “still very much having a plan to have a plan,” said Craig. The plan’s “imperfect, because it's come out of an imperfect system,” he said. Or, to put it in terms most students will understand: “[The plan’s] not an F but it’s probably in the C range… must try harder but they’re showing up to all the classes."