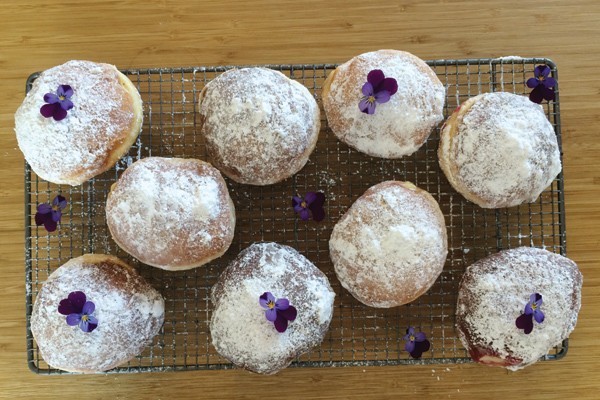 Around two weeks ago, Kind Company, a vegan cafe on George Street, became Kindred. They’re now a “mostly” vegan cafe that serves some meat and dairy. Critic Te Arohi spoke to Penelope, the owner of Kindred, about the change.

Penelope, told Critic Te Arohi the rebranding was an inevitable matter of “last resort”. The biggest cause was economic viability, she said. “Having your entire market being 1% of the population,” according to her, meant that the cafe was struggling to stay afloat within our not-so-kind capitalist markets.

Before the rebranding, Penelope said that it was a “daily occurrence” for people to walk away after reading the menu, as they were “not prepared to order something vegan.” Despite veganism becoming more mainstream, it appears that Big Ag propaganda has prevented people conceptualising just how good a Beyond Burger can be. Incidentally, the rising cost of food meant Kindred actually “lost money” selling the burgers, which is a shame because they’re delicious.

Adding to the challenges of running a relatively niche business, the pandemic was what really put the shit icing on the shit cake. “[Our customer base] halved overnight when the [vaccine pass] mandate came into effect,” said Penelope.

Penelope maintains that her hand was forced as far as the rebranding goes. She insists, though, that Kindred still sticks to its values. “If I was running a business purely for economic gain we would have added eggs and milk three years ago but I kept resisting that until the very last moment,” said Penelope, adding, “we’re just trying to do the right thing.”

Kindred is taking a tiered approach to the rebranding, trying to source their vegan and non-vegan ingredients as ethically as they can. “Free range eggs and local organic milk” were the first items to be introduced. After they made the switch, Penelope said that: “Out of 100 coffees we sold, 90 of them were dairy milk,” which “shows where the support is coming from.”

A local vegan student who wished to remain anonymous said that while she understands why Kindred implemented the changes, she “supports vegan cafes as a priority,” adding, “I feel the animal products they [Kindred] are using for their kai are super unnecessary. Who even eats bone marrow butter?”

Duke, a PhD student and member of the Dunedin/Ōtepoti Vegan Society (DŌVeS), said the success of the vegan movement has been demonstrated by vegan options becoming available in “basically every place”. As a result, “it makes it harder for completely vegan businesses in the short term.” However, Duke was optimistic that in the long run, “completely vegan businesses will become more commonplace.”

Until that happens, you can enjoy the mostly-vegan Kindred at the same location on George Street.