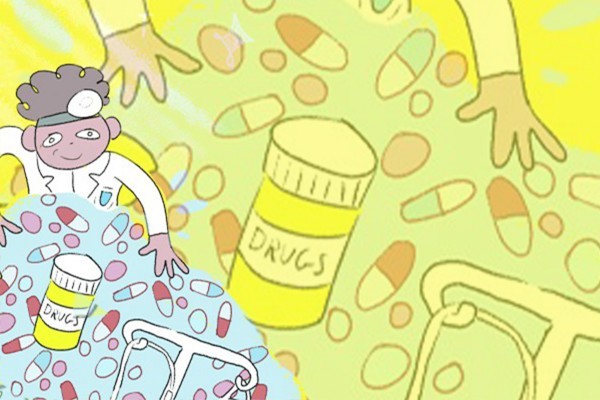 So-called “slut confession” will no longer be necessary

PHARMAC, Aotearoa’s national drug-funding agency, will simplify the criteria for patients wanting to access pre-exposure prophylaxis of HIV (PrEP). The changes, which will take effect from 1 July, are being labelled as “a massively positive change for [the LGBTQI+]  community.”

PrEP is a combination of two antiviral medications, emtricitabine and tenofovir disoproxil, in a single pill. The drugs basically prevent the HIV virus from replicating and reproducing. As a result, they’re often prescribed to minimise the risk of getting infected (i.e. pre-exposure prophylaxis/PrEP).

Trak Gray, secretary at Dunedin Pride, was particularly welcoming of this change, saying that “PrEP needs to be made available before people are at risk, not after. It’s such obvious common sense.” As well as making patients wait until they are actively at risk before being able to access treatment, the requirement that patients tell their doctor about their sex life also presents a significant systemic barrier to treatment, says Trak. “Men who have sex with men (MSM) and those who cross into that sexual network have faced so much trauma through decades of an HIV/AIDS response led by a systemically homophobic healthcare system,” they said. “We know large parts of our community still do not feel safe disclosing details of their queer sexuality to medical professionals for fear of stigma and discrimination.”

The list of eligibility criteria will be replaced with just two: that patients have tested HIV-negative, and that their doctor “considers the patient is at risk of HIV exposure and use of PrEP is clinically appropriate”. In other words, rather than patients needing to fit very specific circumstances, it’ll be up to the doctor’s discretion from now on. In addition, PrEP prescriptions will now be valid for 2 years at a time (it’s currently only 3 months).

PHARMAC figures show that as of December 2021, around 2,000 people were accessing funded PrEP. They expect that the changes will initially allow 3,500 more people to access PrEP annually (almost double the number of people currently getting PrEP), and in the next five years, this will increase even further to 5,500 people per year.

Wider access to PrEP is particularly welcome for “young gay and bi guys,” says Trak, who  “often find themselves navigating extreme and highly varied sexual experiences as they become sexually active.” Trak said that “To have PrEP up your sleeve means you can take control of your own sexual health. PrEP is particularly great because it can be used in combination with condoms, so our community members have more choice in navigating safe sex that works for them.”

These changes have occurred as a result of the extra $191 million in funding (over 2 years) which was committed to PHARMAC by the Government in the 2022 Budget. In a statement, Sarah Fitt, PHARMAC’s Chief Executive, says that: “We are working our way through our options for investment list, and looking at what agreements we can now make with suppliers”. Other changes highlighted include expanding access for breast cancer, blood cancer, multiple sclerosis and hormone replacement therapies.

PHARMAC is currently seeking feedback on their proposed changes. You can do so by sending an email to consult@pharmac.govt.nz, with feedback remaining open until 2 June.