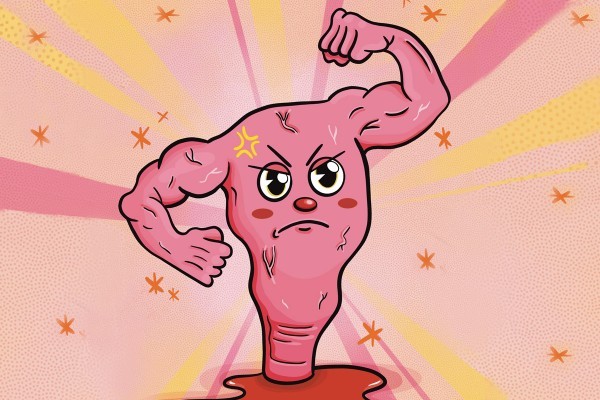 A period health clinic on Albany Street has recently rebranded. Despite the flashy new look, they’ve promised they’ll continue to offer services to menstruators from all backgrounds.

Vigneshwar Muthukumar is working at the clinic on placement as a part of his MAppSc. He said that, even from a male perspective, reducing the stigma around talking about periods is incredibly important. Vigneshwar told us that: “Society tells you that it's perfectly fine to have painful periods, which it really isn't.”

“A lot of students here might have health complications that have to do with their reproductive system,” he said. And because of overt messaging within society that menstruation is “meant” to be painful, as well as a continuing taboo around talking about periods, “they might not know that it's serious.” He said that Hekate “is designed to help you have better periods… we have years of experience with the medical system, period health, and supporting people that have not found answers easily.”

Vigneshwar told us that “periods should be an inconvenience at worst, and feel like mild cramping in your back or pelvic area for the first day or so of menstruation. Any discomfort should improve with pain relief and it should never interfere with your daily life… But there comes a point where it's so debilitating you can’t even move, [and] sometimes you're told that that's just part of the process.” He was insistent that this didn’t have to be the case. “If you’re vomiting from pain during or in-between your period, unable to leave your bed, bleeding very heavily, missing study, or ending up in the Emergency Department, this is never normal.”

According to him: “Even GP’s can overlook the seriousness of period pain at times, and a lot of people experiencing this can struggle to get a diagnosis for the problem, and can feel like they’re imagining it.” Referrals through to gynaecology are often declined in Dunedin, said Vigneshwar, and sometimes people are never referred by their GP because the waiting list is “too long”. He said Hekate works closely with your GP and they can refer to private specialist services to get around this issue.

The clinic focuses on “education and empowerment” to help people feel more in control of their periods. This point of difference means Hekate has “had a lot of GPs and health practitioners refer their patients [to us],” he says. It’s a space that he wants to see students take advantage of, because help is available, and everyone deserves better periods.

Hekate’s doors “are open to anyone and everyone” who menstruates, said Vigneshwar, and are located on Albany Street, just down from Rob Roy.