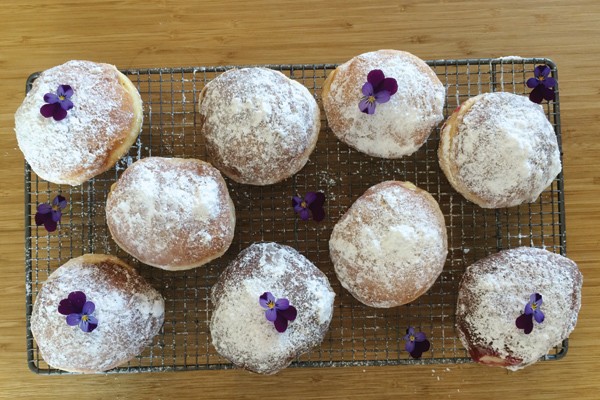 It’s been a rough few weeks for Mama’s Donuts. After struggling with staff shortages due to Covid, the icing on their donut came when their donut-slinging caravan was blown off the road en route to Milton.

Rachel from Mama’s Donuts told Critic Te Arohi that her son was driving down with her to bring their treats to Milton when things went south. “It was quite a windy day,” she said. “I actually asked him ‘Do you think this thing could blow over?’, and then nek’ minnit…” The policemen who responded told Rachel that this particular stretch of highway was notorious for toppling travellers. Her son was behind the wheel at the time, which she said she was grateful for because “he’s a very good driver and knew what to do.” She was extraordinarily thankful that nobody was hurt, and that “everyone stopped to help clean up.”

Still, it was a gutting loss. While the caravan is being repaired, Mama’s has had to find other ways to sell donuts. While they do delivery orders and have a shop on Vogel Street, it’s just not the same. The guys at the repair shop “think it’ll be a few weeks”, said Rachel, “so I’ll have to be annoying and ring them every day to see where they’re at.” Whatever gets the donuts back on the road again.

If students want to support the shop, they can place delivery orders or come to their store in person. Mama’s Donuts will also be attending OUSA’s food truck festival, and Rachel is looking into the possibility of using their ute as a backup shop on wheels while their OG caravan is getting fixed.

Despite the tragedy, there were two saving graces. Firstly, Mama’s Donuts was so short staffed due to Covid that Rachel worried about being able to run the caravan in the first place, which was resolved when the caravan blew off the road. And secondly, that no donuts were hurt on that fateful trip to Milton. “We had ten trays of donuts in the boot,” said Rachel. “Thank goodness [they weren’t in the caravan], because otherwise they would have been all over the road!” And even if the seagulls might’ve loved that, some hungry Miltonites may have not.

You can get your fried dough fix from Mama’s Donuts on Vogel Street, or at https://www.mamasdonuts.co.nz.