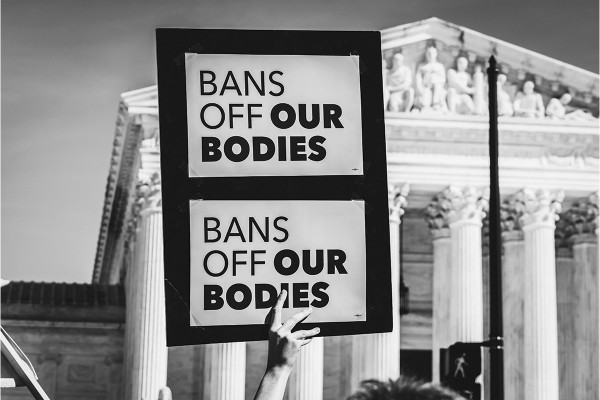 Students React to Potential Abortion Ban in the USA

A leaked United States Supreme Court draft majority opinion has revealed plans to overrule Roe v Wade, a 1973 Supreme Court decision which upholds the right to an abortion as a constitutional right. The decision, if followed through on, is expected to have wide-reaching implications for other human rights like marriage equality, LGBTQ+ rights and access to contraception. We talked to some students to gauge their thoughts on this.

In 2020, Aotearoa’s Parliament voted 68 to 51 to decriminalise abortions. Even Opposition Leader Christopher Luxon, of the National Party, regards the issue as settled, saying it will not be reopened even if there is a change in government. However, overturning Roe v Wade may re-galvanise Kiwi opposition to abortions, presumably leading to future political uncertainty. Luke described the prospective ruling as creating “dangerous international precedent,” adding that, “if it can happen there, it can happen here.” Another student, Milia, told Critic Te Arohi that “the United States [has] quite a big influence on the rest of the world … If those viewpoints were to move to NZ it would be very harmful and dangerous for New Zealand women.”

Jules, an American international student, said that while the US political atmosphere seems very distant to what goes on in NZ, “People should care… New Zealand and America have pretty close ties. I don't necessarily think it happening in the US will really make anything happen here. But there's a lot of people who move from the US to here and they can have really closed minds, which can get around,” said Jules.

The ruling is not final until it is published, likely within the next two months. If published, the ruling would make abortions illegal on a federal level, leaving it to individual states to have the final say in deciding its legality. At least 26 states are likely to ban abortions, forcing women to travel hundreds of kilometres to a “blue state” where abortions remain legal. This disproportionately affects people of colour and people from lower socio-economic backgrounds, where long-distance travel is not a practical reality.

The three recently-appointed Catholic judges all testified in their appointments that they would not overturn Roe, and now appear to be planning on exactly that. The Supreme Court is meant to be immune to public opinion. Drafts like this circulate internally all the time, and judges do sometimes change their minds during that process. However, with their names on the record leaning one way or another, what could have been a genuine change of heart could now be seen as the Court caving to public opinion, and judges may feel pressured to stick with their initial decision as a result.

Banning abortions doesn’t stop abortions from happening. Rather, it bans safe abortions. Currently, around a quarter of American women are expected to get an abortion at some point in there life. The ban is only estimated to cause the number of abortions to drop by 13% – but most of those would then need to be done illicitly. Although it is not clear if the ruling would lead to a partial or absolute ban on abortions, an absolute ban would mean that abortions are not available to women even in the case of rape and incest. It’s worth noting that the vast majority of Americans support upholding Roe.

While the ruling on Roe v Wade directly affects Americans, it indirectly affects all of us to some degree. Luke described nationalism as a “big problem” as it causes people to focus on events exclusively based on “arbitrary borders”. Indeed, the focus should be on international solidarity and unity in moments of crisis, whether or not the crisis is in our own backyard.