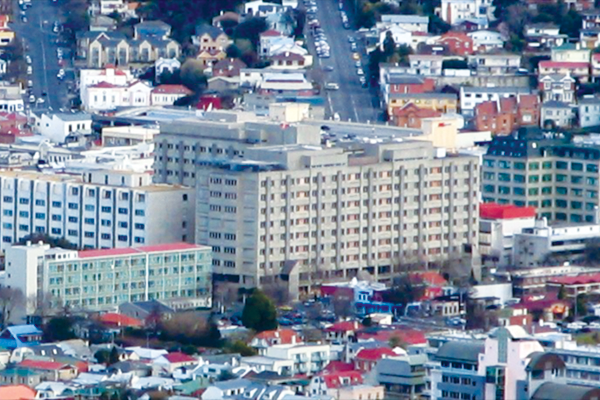 Hospital apologises for how she felt she was treated

A student trying to get an abortion has criticised Dunedin Hospital for a “disgusting” and “disrespectful” experience. She is currently undergoing her third procedure for the same pregnancy, which she believed could’ve been avoided if information was presented differently.

A few weeks ago, Grace* woke up feeling pretty ill. She got tested for Covid, but that came back negative, so she decided to take a pregnancy test. It was positive. A few hours later, her doctor back home called her to inform her that her Covid test was actually positive, too: a nightmare test result scenario.

Not only was she pregnant, but she now had to isolate. After discussions with her GP, Grace was told to go to Dunedin Hospital to seek further help. Three days into isolation, she was admitted to the hospital and was promptly put in a quarantine room. She said that Covid isolation procedures meant she was cut off from support people like friends and family, and that the only human contact she had was with hospital staff “coming in with their PPE suits on”. The whole experience, Grace said, was “all isolated and really scary”. A spokesperson from the Hospital said that “To protect our patients, staff and community, Dunedin Hospital has robust screening and isolation protocols in place during the COVID-19 pandemic.”

In severe pain from both the cramps and Covid, Grace asked for some ibuprofen. This was denied by a health professional who allegedly said: “I’m not going to give it to you because you’re pregnant.” This was despite Grace trying to tell him that she was going to be getting an abortion. A nurse was able to help her out when she repeated the request later on.

This already difficult experience got scarier when Grace was told she had an ectopic pregnancy. This means the eggs have been fertilised outside of the uterus (most commonly in the Fallopian tubes). If untreated, it can become a medical emergency, as the foetus grows and eventually can rupture the area around it. After being kept overnight to run some tests, though, it was determined that this test result was also a mistake. Her pregnancy was “normal” — as normal as it could be, anyway.

Following this rollercoaster of emotions, Grace was discharged with a course of misoprostol, to induce her abortion at home. Back home, she took her course of misoprostol as instructed and experienced “extreme cramping”. She then took the last two pills, maximising the dose, but nothing happened. No abortion. Confused and worried, she turned to the Abortion NZ website for advice. It turns out that doctors can also prescribe a hormone-blocker called mifepristone (Mifegyne) alongside misoprostol; while using misoprostol alone usually works fine, including mifepristone increases the likelihood of a successful abortion, a fact confirmed by the SDHB. Using mifepristone and misoprostol together is recommended in the Ministry of Health’s clinical guidelines. But Grace was never prescribed mifepristone, or even told that it was an option.

Upset, she asked the emergency department about this, but was instead questioned on the phone about whether she was “actually pregnant”. They then advised that she just “wait it out” at home. After being “stuck alone for the past 24 hours following a traumatic unwanted pregnancy,” Grace said, “I found that extremely offensive.” The hospital declined to comment further, as they did not want to breach the privacy of the patient in question.

Infuriated, Grace contacted The Women’s Clinic, an abortion services provider, and told them about her situation. They informed her that she should have been prescribed mifepristone at the time. Following their advice, Grace lodged a complaint against the hospital, in part because she felt she had been discriminated against for being Covid positive. She said that one staff member “discourag[ed] me from having a support person in the post-abortion scan” because of her potential for transmissibility. Additionally, Grace raised concerns about her right to be fully informed before beginning the procedure. She said that if she had known it would increase the likelihood of a successful abortion, she would “absolutely” have taken it up.

“The disrespect [I received] from the hospital is outrageous, it’s disgusting,” said Grace, speaking more about select individuals than the institution as a whole. She said that she had received excellent support from her partner, but worried that it would have been even more “insensitive” for someone who did not have supportive people around them, or had gone through a more traumatic event leading to an unwanted pregnancy.

Dunedin Hospital issued Grace an apology six weeks after her complaint was lodged. In it, they said they were “very sorry that you felt you did not receive appropriate care… [and that] you felt judged”. Concerns about the behaviour of hospital staff were not directly addressed, but the hospital promised to take these “administrative issues back to the department to consider for future improvements”. In a statement, Craig Ahston, GM of Internal Medicine Women’s & Children’s at the Hospital, said that “We are incredibly proud of our staff’s empathy and compassion that they demonstrate daily. We offer our sincere apologies to anyone who has had an individual experience that counters what we expect.”

Coming out of this experience, Grace recommends that anyone needing an abortion should “go straight to The Women’s Clinic to find out your options,” and then get them to refer you to Dunedin Hospital. They have a free phone number (0800 226784), and can provide funded abortion services (including by telephone) for anyone living in the Southern DHB region. At the time of writing, it appears that Grace’s third abortion was successful.