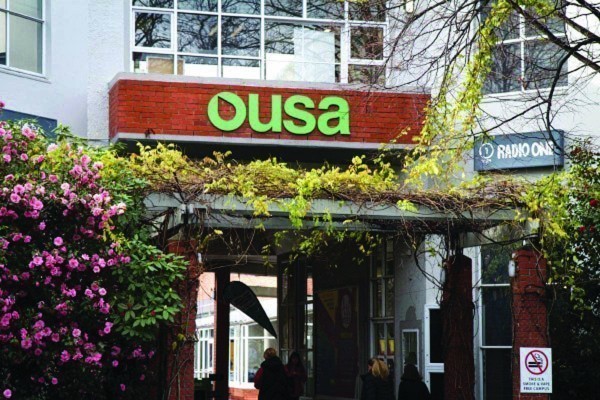 The Great Exec Quarterly Report Round Up

Thrice a year, the OUSA exec team submit reports on what they’ve been up to. We’ve summarised those here for your convenience.

Melissa has been absolutely killing it. She’s done 44 interviews with various media outlets and attended to her 7-point goal list for the year, all with good results. She has consistently championed the need for student voices to lead discussions, and her presence in Clocktower meetings has been amazingly refreshing. She is unafraid to tell it like it is and call people out when appropriate. When addressing student drinking culture and reform, Melissa noted that any change in this culture must involve “students having an active voice and participation on what that looks in conjunction with their lived experiences as students.” Across the board, she’s been smashing it, and has vocally requested that students engage with her as a leader. ‘Ofa atu!
Administrative Vice-President: Maya Polaschek

Maya called this “the most difficult quarter of my time here at OUSA,” with Covid making it “extremely difficult to coordinate events and engage [with the Exec and students]”. She’s tried to hit the ground running, though, reporting that she works “at least” her contracted 20 hours per week and tries to finish every day with a 0-unread inbox.

The main initiative Maya worked on this term was Drop for Good. She admitted it was “a bit of a beast for planning” but happily reported that it was “relatively successful”. Maya expressed gratitude to the Sustainability Office as well as her partner Hayden, who was “a great help” with security, admin and providing someone “to vent to” as she wrote up her “first ever health and safety risk assessment”. Awwwwww.

Covid-19 has made it a challenging start for Caitlin, who admitted she was “not very active this quarter,” but has tried to focus on student health and wellbeing. The feedback she’s gotten suggested students were initially “unhappy” about the move to online learning, but as the reality of Covid in Ōtepoti Dunedin sunk in, “students quickly moved to being more supportive of the decision.” Caitlin’s been pushing the Uni to open up “more study space for students on campus”.

Caitlin hopes to make it “standard practice” for all lecturers to be “required to upload recordings to make access to their [students’] education more equitable and accessible”.
Caitlin also stressed the “lack of diversity with regards to Pasifika students and students with diverse learning needs”. In addition to adequate representation, she argued that people should be appropriately compensated for their mahi and not be expected to take time out of their day for free.

With Clubs Day and most club events cancelled, Tulsi’s job (to promote OUSA clubs) has been a bit trickier. She admitted it didn’t help that she had been clerking in Masterton until O-Week began – but she’s tried for a strong start anyway. She’s been testing out new ways to promote clubs: both old-fashioned, with posters in the Link and at the Clubs & Socs building, as well as new-fashioned, by promoting “Clubs of the Week” online. She also wants to set up a fortnightly “Clubs Bulletin” to let students know what events are being organised.

On the admin side, lots of ideas are brewing as well, which Tulsi will be putting to clubs in the next few weeks. These include “fostering collaboration” by drawing interested clubs out at random and setting them up to organise joint events, and setting up a new, standardised voting system for AGMs.

Emily said “it has been a slow start to the year in terms of events, campaigns and initiatives,” with most big events cancelled due to Covid restrictions. As a result, it will be “difficult to eliminate [OUSA’s] deficit,” and she rather ominously raised the prospect of “damage control” in some areas. However, she noted that Drop for Good, one of the few events that wasn’t cancelled, “made a good profit,” and OUSA will now be looking to make this “a more permanent project”.

As well as Drop for Good, Emily has also been handing out ice-creams at OUSA’s Summer in Dunners events, and pitching in with the iso food packages programme. Emily’s also looking ahead to local body elections later this year, taking on the eternal challenge of boosting student voter turnout.

There is always political mahi to be done, and Te Āwhina seems to be getting stuck right in.

Te Āwhina’s met with members of the Electoral Commission to boost student engagement in “politics and waste management”, two things which get Critic Te Arohi up in the morning. She’s also been busy making submissions, such as one to the “Inquiry into learning support for Ākonga Māori” (to better support Māori learners), the Firearms Prohibition Orders Legislation Bill, and the Plain Language Bill (so that we can better understand the political bureaucracy that controls our every waking moment).

With the pandemic making face-to-face meetings challenging, Te Āwhina has also been  working to “establish a good online presence and get student consultation flowing virtually”. We only pray she doesn’t resort to breakout rooms.

Patrice has been fighting hard for subbies – maybe a little too hard, he admitted in a rather badass way. “I hope that my occasionally harsh writing style and sudden letters do not sour my working relationship with [Student Support and Campus and Collegiate Services], but that is sometimes the price of advocacy,” said Patrice. Hear that? That was the sound of Patrice dropping his mic and walking into the distance to suplex a landlord.

Patrice has also been putting mahi into achieving his main goals for 2022: making “property managers and landlords delay their flat listings until semester 2 each year,” as well as standardising a framework for flatting education for first years, making support services more accessible and advocating for healthy flats. Hopefully he makes progress before winter arrives and we all start getting pneumonia again.

Sean has been working with the OISA (Otago International Students Association) and other cultural clubs to ensure international students are well looked after. Sean has also set plans in place to address the general wellbeing of international students, including bridging the gap between university staff and students as well as addressing the racism and discrimination that internationals face. Moreover, once Covid restrictions let up, he plans to create intercultural events between the various cultural societies at University.

Working with OISA, Sean has created the position of Off-shore Liaison Officer (OLO) within OISA to support students in their unique positions. Hannah, the elected officer, “has been actively working with me in being present for Offshore students”.

Jade’s been pitching in with Te Rōpū’s Covid response – initially by making home-cooked meals and delivering them to isolating tauira every night. This very impressive mahi was, however, cut short as Jade and her Exec went down sick themselves. She then began advocating for access to RATs for students who couldn’t drive to testing stations, and Te Kāika stepped up to the plate with testing kits and large kai packs to deliver.

Jade hasn’t been short of things to do: as well as cooking up a storm, she’s also helped Te Kāika with their campus vaccination clinic, done kai shopping for isolating people, helped out with OUSA’s own kai packages initiative, attended community hui and started work on a handbook to help smooth out the transition for new executive members. Pour yourself he kaputī Jade, you’ve earned it.

In the first quarter alone, Elisepa has represented UOPISA in at least 10 separate events, from monthly meetings at Otago Uni’s Pacific Leadership Group and OUSA Exec meetings to SGMs for the Pacific Island Commerce Student Association and the Melanesian Island Student Association.

She’s also been putting in a heap of work with the Dunedin Tongan community and the wider Pacific community. This has focused around supporting students and community members affected by the devastating tsunami that hit Tonga in January, as well as assisting with aid and relief donations.

Ravneel has worked closely with the Otago Postgraduate Association (OPA) and other various university committees to maintain links and assist postgraduate students. He sat on eleven different boards including the ‘Air travel project steering committee’. How this is relevant to Otago postgraduate students was not stated but we are very curious. “I used to run Air New Zealand,” said somebody in the back.

His goals for the future include advocating on behalf of postgraduate students (the ones on campus as well as the ones not), through the support of OUSA and OPA. Ravneel also found OUSA was not fully involved in the decision making processes in regard to providing support to postgraduate students. After reaching out to the Dean at the Graduate Research School, he claimed that “she supported a lot of new ideas that I mentioned and I emphasised the need for the graduate research school to be closely working and engaging the OPA for overall student support.”

The admin never stops for Lily, it’s even written into her contract that she must be “available via cell phone at all practical times”. She so far has worked alongside the Director of Student Services, Director of Student Health, Disability Information Services, UniQ, Te Whare Tawharau, Thursdays in Black, Chaplaincy board, and OSDA. To create rep positions to represent disabled students, women, and queer students, Lily has circulated forms in the community. Lily said “I want to genuinely engage with queer students as opposed to having a box to tick,” in regards to the queer rep.

Lily intends to continue working alongside students with marginalised voices “under direction from students in the communities I advocate for, rather than imposing my ideas of what should be done”. While Lily is grateful for the education she has received on welfare and equity matters, she is “acutely aware that this is not comparable to engaging with students who have lived experience of these issues”. In the little free time Lily has, she was also involved with packing and delivering the COVID-19 food packages.