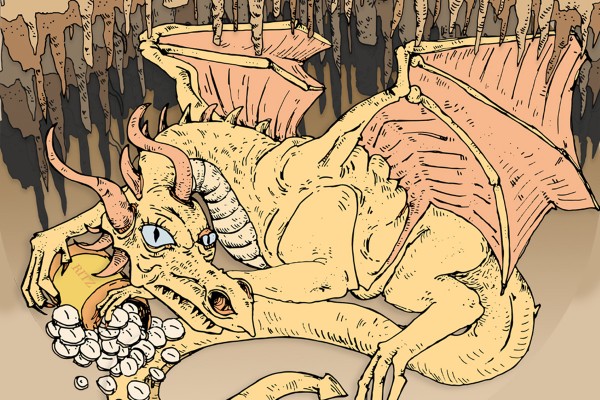 ADHD Part 2: The highs and lows of prescription stimulants

“We were on a bit of an MD bender and someone said that they had some Ritalin we could do”, Alex told Critic. “We cut up some lines and snorted it – I think we had two or three lines each – and afterwards everyone else was hyper and talking at like three hundred words a minute, but I was almost passing out and struggling to stay awake. I wouldn’t be diagnosed with ADHD for another ten years.”

Though stimulants have a, well, stimulating effect when taken recreationally, people with Attention Deficit Hyperactive Disorder often experience the opposite. They may find that caffeine makes them sleepy, or that night-time versions of medications seem to make them restless. A similar pattern follows with stimulants. Medications such as methylphenidate (sold as Ritalin, Concerta, or Rubifen) and dextroamphetamine (sold as Dexedrine or Dexamfetamine) are psychostimulants used in the treatment of ADHD that work by increasing the amount of dopamine signalling in the brain. When used by people without ADHD, the effect is perceived as a “high” or even a “neuroenhancer” due to the increase in dopamine and accelerated heart rate, making it a well-known party or study drug. Despite this reputation, the science suggests that stimulants have a minor, if any, effect in helping with cognition in neurotypical people and could actually inhibit other parts of the brain. Basically for those without ADHD, abusing these medications could be equivalent to a strong cup of coffee and maybe half a wank. Even for people with ADHD, academic benefits can be minimal. Research shows that though stimulants can improve everyday functioning when living with ADHD, they may not be as effective in areas that pertain to studying. Essentially, prescription stimulants are far from a free ride.

The Ministry of Health lists stimulants as one of the most abused classes of prescription drugs in New Zealand, but still significantly behind opioids and benzodiazepines. Though they’re primarily misused as study aids or party drugs due to their supposed cognitive and behavioural effects, a small portion of heavy drug users also use prescription stimulants intravenously. Because of this, ADHD psychostimulants are considered Class B Controlled Drugs under the Misuse of Drugs Act, and therefore can only be prescribed by certain specialists and in limited amounts. Additionally, as mentioned before, a diagnosis of ADHD is already hard to get and borderline inaccessible for some, making receiving medication an arduous task for people who are already struggling.

Kit* is a student with suspected ADHD. They have been trying to get a diagnosis and prescription for more than eight months, but “There were so many obstacles… my GP [even] warned me off trying to get diagnosed because of the price and the difficulty of the process as an adult.” They told us that “I somewhat doubt I'll be getting stimulants, [especially] after instead being prescribed antipsychotics for acute mania that I wasn't experiencing”. Instead, Kit said they have had to source medication from friends with ADHD who “share meds that they tried but didn’t work for them” just so they can focus. Kit has had to purchase Ritalin illegally on at least one occasion because they have difficulty studying and no accessibility support available to them without a diagnosis.

ADHD is a neurodevelopmental disorder that largely affects the frontal lobe, resulting in traits such as hyperactivity, impulsivity, and inattentiveness that impair everyday functioning. It’s theorised that this is due to a lack of dopamine from a faulty reward system in the brain, leading those with ADHD to seek dopamine through risk taking behaviour or have trouble completing tasks due to the lack of a reward incentive. Stimulants help to even out this reward system, making it easier to stay motivated and maintain focus, while also satiating parts of the brain that are normally hyperactive. People with ADHD who take stimulants often report feeling calmer or quieter afterwards, and more able to focus without becoming distracted or overwhelmed. It just makes day to day life easier.

There are only two types of ADHD stimulant medication that are funded by Pharmac NZ and available to patients. The first, methylphenidate, is available in several forms: as immediate- or sustained-release Ritalin/Rubifen, or in its long-acting form under the brand name Concerta, all of which are available at various dosages. Also funded is the stimulant dexamphetamine, or Dexedrine, which is only available here as 5mg tablets. Two non-stimulant ADHD medications are available and though they're not as favoured, variety is key. Current literature suggests trialling a range of medications first, as ADHD presentation and response to different drugs can vary greatly.  Other well-established ADHD stimulants such as Adderall (mixed amphetamines) and Vyvanse (lisdexamfetamine) are not currently available in the country at all due to cost, legislation around new controlled substances, MedSafe procedures, and fear of abuse.

In the US, for example, up to 20% of students have abused prescription stimulants for academic purposes, with Adderall by far being the most popular. In New Zealand, however, studies suggest that only around 3-6% of uni student drug users have misused prescription stimulants, usually gained from peers who distribute from a prescription – a punishable offence under the Misuse of Drugs Act, with up to 14 years imprisonment for distributing a Class B substance.

Liv* is a twenty-something year old diagnosed with ADHD in the past year, and a self-described “hard out pusher” who illegally sells her medication to nonprescription users. She said she struggled to get a diagnosis and prescription at first, especially as a casual drug user. “My psychiatrist didn’t want to prescribe me ritties because I told her I love to party and use MD often, and in the past I’ve abused dexys.” Liv also said that “I never feel pressure to sell [prescription stimulants] …especially when I feel like someone could genuinely benefit from a couple for stressful moments, or when I sense another ADHD person… or when there’s nothing else to put up my nose at a party.” She recently sold “heaps” at a festival. Liv claimed that she “actively lied to the psychiatrist to double the prescription to sell or share them”, and knows “at least one other person” who does the same. According to Liv, “I have shared it in probably equal amounts for both [studying and partying]” but “I know people [with ADHD] who struggle to get a prescription so I sell them some too”.

When we asked if she thinks ADHD is over- or underdiagnosed, Liv said that she reckoned ADHD was underdiagnosed, “because it’s so inaccessible to get a diagnosis. Like who the fuck has $600 to spare [for some tests]?”  Though it’s a contentious topic in some ADHD communities, Liv doesn’t mind that the neurotypicals she gives her medication to will experience a high from it that her brain doesn’t reciprocate. “Nah, no qualms, I like people on my level.”

Ana*, on the other hand, said that she feels others' drug misuse could mean medical professionals treat her like a “criminal” for having ADHD. “[It makes me] nervous asking to try different drugs… I’ve been through a few while trying to find the one which is best for me… I’m terrified that they think I’m hoarding different drugs to sell. I’ve recently had Student Health refuse to give me my prescription because they didn't think I needed it." Though they may be seen as habit forming, recent studies question the addictive qualities of stimulants in people with ADHD. Roughly half of ADHD patients discontinue their medication before it’s recommended, and tend to take less rather than more even when it works in improving their condition.

Fredrick moved to New Zealand with his American Adderall prescription, and said that he “sold those pills off for a killing. Internationals would come over from the US and Norway and seemed to think that they couldn’t pass their exams without it.” Since then however, Fredrick said that he’d “switched to a different script here and have never sold again.” Back in the states, he and his friends would use Adderall recreationally while drinking, “but that was awful. Lines of Adderall only suppressed our drunkenness, and the only times I’ve ever blacked out have been because of that combo.” Stimulant abuse carries risks of seizures and cardiovascular issues, which is increased when they are combined with alcohol or other drugs, especially when snorted.

While it was “easy as piss” for Frederick to get his prescription, Kiwi students face a different battle. Alex, from the beginning of this story, has only just gotten a prescription for ADHD medication - ten years after he first suspected it was needed. The specialist he fought so hard to see gave him careful instructions on starting his Ritalin at a low dose and increasing slowly, advice that Alex is following carefully out of fears of being labelled a drug seeker. “[Ritalin] helps with my anxiety, and stops me from freezing up when faced with some kinda task. It means I can stick to one train of thought instead of having like twelve and getting nowhere. It’s not perfect, but it makes things more manageable, I guess,” he said. "They've been extremely helpful–no one gets how disabling ADHD actually is. I just wish someone had listened to me when I was begging for help all my life”.

Alex would never consider selling his medication, but said he would give it away. “Only if I have a friend who’s undiagnosed and struggling, then yeah, of course. Even just to try it once and see if it works for them.” We advised him that this would be considered distributing a Class B substance, and could be punishable with fines or jail time. “Yeah, I’d still do it”, he said.