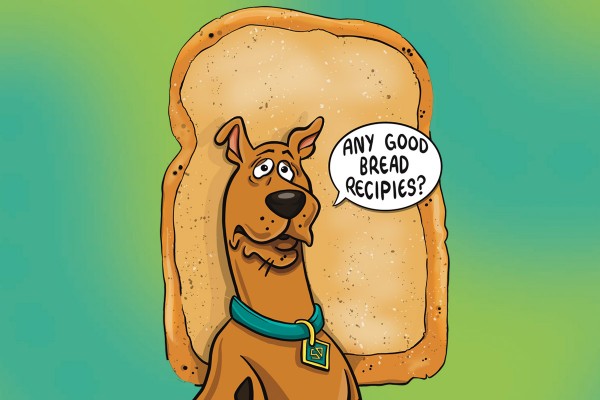 The Kiwi Who Admins an International Bestiality Group

Jessica* is my new friend. She loves cooking, podcasts, gaming, and dogs. Here’s the caveat: She really loves dogs. She admins an online international bestiality server of 11,000 people, united by their desire to fuck animals.

Her server is an official offbranch of a subreddit, r/HentaiBeast. Reddit used to openly harbour real-life bestiality until recently. R/bestiality, r/BeastTales, and r/zoophilia were just a few of the subreddits that existed before they were banned for proliferating violent content. Nowadays, only r/HentaiBeast remains, with a whopping 280,000 members. Imagine if the entire city of Wellington, plus half of Dunedin, all collectively wanted to bone dogs.

I joined Jessica’s server with the intention of busting the group, a la ‘Don’t Fuck With Cats’ (literally). There are several admins, Jessica included. I learned that she was a Kiwi and something wicked brewed inside of me. I would discover who she is. I would doxx this nasty, degenerate woman, exposing her to all. I read through years of Jessica’s comments in order to uncover her real identity. In the meantime, I simultaneously learnt of her insecurities, her passions, her struggles with mental health. The server was her lifeline.

“Fuck,” I thought. “I sympathise with a zoophile.”

“We try not to be weird about it,” somebody responded, when I voiced my astonishment to the chat. “Yeah, we’re not degenerates,” retorted another.

“We keep the place friendly and wholesome by bonking the shitters or disruptive folks and we keep the content wholesome and legal,” Jessica, who agreed to an online interview, said to me. “We are also very anti bigotry/racism and very pro lgbtq+ community.”

While the group nowadays condemns any discussion of real-life bestiality, it was a different story back when the server originated in 2018. Actual human-animal copulation was a core feature of the chat. It’s implied that users were encouraged to evade law enforcement by sharing links and torrents to films in private messages.

“No IRL beast stuff. But feel free to pm [private message] between yourselves,” Jessica responded. Somebody offered to send a private link, and the rest is up to our imagination.

When I asked Jessica about this in 2021, she denied that any bestiality was allowed whatsoever, private messages included. “Absolutely no IRL bestiality yeah, just like our underage rules it’s heavily enforced. Every so often we get someone looking for IRL, but they are quickly pointed to our rules. At least two folks have been banned for attempting to share IRL beast in DMs, and a handful more for trying to discuss or post it in server.”

Early discussions around the group’s conception are deeply disturbing, however, alluding to users who actively took advantage of their dogs and horses. One user even worked in a pet store. Others, who didn’t have pets, expressed desire to obtain them. Although, said one user, “if I did have pets id be too busy fucking them [sic].”

“There is quite a few of us that are probably interested in the real thing,” Jessica wrote around this time. “We dont talk about that tho… its like fight club [sic].”

Some animals are apparently sexier than others. Dogs — German Shepherds, and Danes specifically — appear to be the most popular. This is closely followed by horses. The first question you probably have is, ‘Jesus Christ, why the hell are people into this?’

Below are some of the reasons users gave:

“For me i think its more of a degradation and submission thing. Plus [...] dog cocks are hot as fuck.”

“I love how inhuman it is personally,” said another.

“I mostly enjoy the aesthetic of a long hard dog cock. The shape just looks amazing. [..] But I would agree with the idea of degradation and depravity of the act. I think that’s the hottest part of it. Being reduced to a completely sexual being by submitting to an animal cock.”

“i wanted a niche that wasnt too extreme,” was the most bewildering response. “i know how deep the kinky stuff goes, and i want to stay in the shallow end.”

And this is how the group members justify their desires. The following includes excerpts from a conversation which took place in the chat:

“whose to say it's painful or unpleasant for the dog? if the dog initiates the humping, does that mean it's somewhat interested?”

“consent being a human construct, can it really be applied to an animal?” wrote Jessica. “can a horse consent to been trained for racing/equestrian stuff, or police dogs etc consent to [being] put in dangerous situations?” And, “arent people who get animals as ‘pets’ also guilty of having them be their ‘toy’ just not in a sexual manner[?]”

It’s impossible to know what goes on in Jessica’s DMs, but from what’s publicly available, she’s never engaged in real-life bestiality. “i really really wanna try irl, but it is difficult for obv reasons [sic],” she wrote in 2018. “Of course the legality and moral white knights are likely to stop that ever happening.”

It’s impossible to account for all members, but Jessica is not exclusively into bestiality. Many of the members consider it an additional kink, often being aware of it from a very young age, occasionally tied to incidents in their childhood. It’s just another fact of life. A few of the members are furries, but most aren’t. In the same way that some people are inexplicably captivated by poo, or the way I once had a series of horrible unstoppable Donald Trump wet dreams, they simply cannot help being zoophiles.

To view the server as an outsider is morally conflicting. There’s a dissonance between my disgust at what these people are doing and another fact I must begrudgingly accept: that many people in this group are nice. I cannot bring myself to condone those who enact their urges upon non-consenting animals. But how wrong is it to share illustrations without actively participating in real life? Is it beneficial or harmful to use hentai as an outlet? We stigmatise and shun those from society when, in actual fact, the majority do no real harm. The server could serve as a healthy outlet for those who feel alone.

The fate of r/HentaiBeast is precarious. Comments have been disabled due to frequent breaking of the rules, namely discussion of real life bestiality, posting links to real beast content, and offering it for sale or trade. Likewise with the chat server, “eventually somebody's gonna start taking it a little too seriously, they're gonna let slip what they wanna do IRL, and then it's all over,” wrote one moderator.

I don’t know if I believe in Jessica’s innocence or not. My time in the bestiality server was nauseating, enlightening, humanising, and often disconcertingly sweet. There’s no doubt that its early days contained graphic and illegal content — it’s possible that, nowadays, admins like Jessica are simply taking greater precautions to keep the chat legal.

If you’re after a fantastic challah bread recipe, though, you know where to find it.