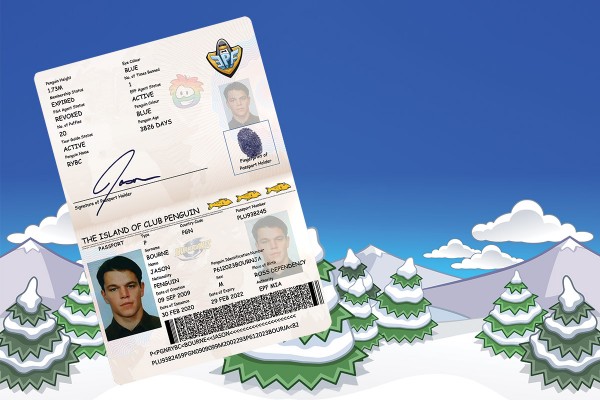 Given that we’re once again being drawn into the international virus mayhem, it’s more important than ever to stay busy rather than thinking about imminent death by delta, the melting polar ice-caps, or the resurgence of nationalism across the globe. And what better way to do so than ingesting copious amounts of alcohol, nicotine, and childhood nostalgia? To help you suss the latter, Critic Te Arohi has compiled the seven sickest ways that you can get a throwback fix without leaving the comfort of your flat’s wifi connection (#stayhome).

Despite Disney and Adobe trying to murder our favourite Antarctic wonderland, they’re still up,  running, and better than ever. The team at Club Penguin Rewritten have managed to keep the penguins waddling around outside of their igloos without masks or social distancing. However, the process of porting the now-defunct Adobe Flash Player to HTML5 isn’t seamless and some minigames don’t work, nor can Puffles be adopted. But there’s still enough of the old game left to ensure you can penetrate your igloo’s walls and structural integrity before disappointing your arrow keys, liver, and parents at the Dance Club with Candice.

By the author of Diary of a Wimpy Kid, Poptropica gets you jumping across islands to solve trivial mysteries, sometimes featuring big missing carrots or Director D’s Toupee. Come to think of it, I always used to cheat by using walkthroughs to solve everything. Unfortunately, when I logged in to play, most of the islands I loved, like Spy Island, Time Island, and Counterfeit Island, were not available due to Adobe Flash discontinuation striking again (those bastards). But there are new fun islands, and you now have a player home you can decorate and invite people into. Cool.

From the outside, Neopets looks like it has changed. But once you’ve got an account, it’s pretty much identical to how it was when you were ten years old and asking for a slice of the Giant Omelette to feed your starving Uni (i.e. the unicorn-shaped Neopet). Like Club Penguin, Neopets requires a lot of coins and has a whole economy going on, but Neopets is better because of the sheer amount of free stuff you can get. A lot of that free stuff is based on gambling, spinning wheels and playing tambola, which is a bit dodgy now that I think about it. Unfortunately most of the games require Adobe Flash, but it was nice to relive my childhood by getting a slice of omelette. It sounds like they’re working on updating the games, so we can hold out hope.

Goes well with: Web browsers that haven’t been updated since 2019 and cocaine

This one brings me back to year 12 French, when Madame would be going on about les subjunctives as me and the blokes I was sitting with would be on our computers trying to make it in Run 3. Madame of course was happy all of us were taking notes, until she got suspicious and walked on over. As we all frantically changed tabs to our notes, only one kid was caught and Madame made him move his desk into the centre of the class. Unfortunately, Adobe strikes again, as CoolMathGames needed to pull most of their old titles due to Flash discontinuation. Not all is lost however. The old classics like the spinning, cuboidal tube rolling, spacebar destroying Run 3 and a few others are ported over in their astronautical glory.

Goes well with: Speights and PCP

Even though most of our childhood is lost from the senseless murder of Adobe Flash, there are some things they can’t take from us: analog games.

Easily one of the best games from primary, hide and seek (or HAS for the pros) ticks all the boxes of creativity, problem-solving, and cheating. The hardest part about it is counting to ten at the start, or to ten thousand depending on what kind of friends you have. The sky and the outer boundaries of your landlord’s property is the limit in the lockdown edition. Acceptable locations include: lurking within the crawlspaces, hiding up in the roof, contorting yourself around the hot water cylinder, or jumping in the closet.

Goes well with: Kahlua and LSD

Remember that time in kindy when that kid forgot the word for goose? Me neither. Now, who doesn’t like running around in a circle while intoxicated? The beauty of this game is it requires your undivided attention at all times, as who knows when you’ll turn into a big beautiful goose from a little ugly duckling. Some level of adequate depth perception is essential in order to make it to the right gap in the middle. One of the unbridled joys of this centrifugal game is the risk that you will fail at bipedal movement or gastric retention. To avoid the embarrassment of having someone more sober point a shower head or a hose at you, make sure that you dodge everybody else’s vomit.

With the streets now void of metal death boxes, lockdown is the perfect time for street hacky sack championships. A fantastic option to build camaraderie within your bubble, hacky sack is great for improving hand eye coordination, and the colour co-ordination of your tie-dyed outfits. Since god is dead, and you have to believe in something, it may as well be hacky. Before 1969 when the sack was discovered, the world only existed in greyscale. This game will make you grateful to be alive in the current moment.

Goes well with: vodka and lemonade

Likely the most dangerous game on this list, the best thing to do in a small confined area with numerous trip, slip, and broken glass hazards is to run around chasing people and screaming the words “tag, you’re it!” The elegant thing about this game is its simplicity, as all you need to know is if you’re in or not. All the other rules, like “you need to hold on for three seconds”, were always bullshit. They don’t apply with our impressive university-grade maturity, if or when it exists. This makes tag the most exciting, adrenaline-rushing, bone-breakingist game to play in your bubble. To take it up a notch, include Bill Gates in your game by tagging your arm with a Covid vaccine.

A close relative of hand-clap games and skipping ropes, elastics were popular at primary school around the age of eight. All you need is a length of elastic to string between two people’s legs, and a third person to jump around in the middle. As you jump, everyone chants “England, Ireland, Scotland, Wales, inside, outside, puppy dog’s tails.” The rhyme doesn’t make sense, but life doesn’t make sense at the moment, so have fun with it. Make up your own rhymes! There are no rules! They took away Adobe Flash and destroyed our childhood and elastics are all we have left!