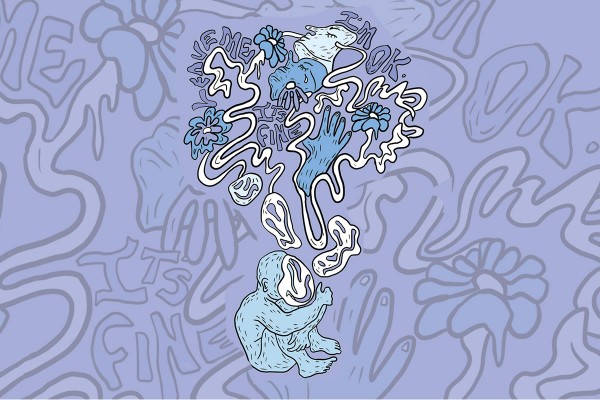 Under Pressure: When competitive entry programmes take a toll on mental health

Every year, hundreds of students enrol in competitive entry programmes hoping to get a prestigious degree and achieve their big dreams. But the stress of these courses, which loom large in students’ futures, can take a toll on student mental health. Competitive entry is not the cause of mental illnesses — but the stress of competitive programmes creates a pressure cooker environment where these problems rise to the surface.

“The University acknowledges that tertiary study can be stressful and challenging across various disciplines,” said a University spokesperson. “Pastoral care of students at the University of Otago is something we take extremely seriously.” They encourage any students struggling with mental health issues or stress from their course to seek help from the University’s support services.

Beth* enrolled in first year health science back in 2015 with hopes of becoming a doctor. Before coming to Otago University, Beth had “heard it was ultra-competitive because everyone wants to do medicine.” After hearing horror stories about halls, Beth went straight into flatting to avoid that environment. “I was so scared, one of my friends the year before me had her books burned in her hall, so I didn’t go to a hall and flatted with people who had already done health sci. I didn’t want the competition in a hall,” she said.

In hindsight, Beth wishes she stayed in a college as the everyday stresses of flatting began to mount up. “Being in a college has its own stresses, but you avoid those basic things in life like cooking and cleaning which gives you less of that stress and means you can focus more,” she said. Beth also said that while there were resources in place to help, not being in a residential college put her at a disadvantage. “You don’t have people to study with you and you have to seek out tutoring, it’s not provided to you,” she said.

The first half of semester one went well for Beth. She was understanding the content and getting great grades. However, as the pressure and competition became a reality, Beth began to feel overwhelmed with stress. “I struggled immensely with the pressure. I had come from a place where I was smart, then you’re in a pool with 1200 other bright people. Suddenly, my sense of self-esteem had come from the fact that I was smart and really good at things, suddenly I wasn’t. I was just average,” she said. “I did really well for the first three months and that was reflected in my work.”

When the stress began to get unmanageable, Beth reached out to student health and began working through her stress and mental health with a psychologist. However, things only got worse. “I was seeing a psychologist to work through the stress. Everything fell apart and I felt like I wasn’t going to get into medicine because of my mental health issues. That became a self-fulfilling prophecy. Things started to not make sense,” she said.

Beth’s mental health worsened and she attempted suicide. She felt that she couldn’t tell the University about her mental health issues. For the second semester, Beth moved back home and finished her studies by distance.

“I still sat exams,” she said. “My parents were like, ‘you can do this.’” After failing her semester two papers, Beth switched a neuroscience degree. During this degree, she said she still felt depressed and anxious, as well as constant pressure to apply to medical school again through post graduate entry.

Beth said that since finishing her undergraduate degree, things have been much better. She is currently doing her Masters of Psychology, hoping to get into either clinical psychology or medicine at the end of the year. “One of them will happen eventually,” she said. To students who may be struggling with their courses, Beth said they “should not be afraid of plan Bs and Cs”.

“In high school we aren’t taught a lot about careers so we think the only way to go into a professional programme is this way. The door is still very much open for me. Enrol in health science, but don’t get fixated on this one path,” she said. “The other thing I would say is study is important, but have a range of other things in your life.” Beth also advocated for changes to the entry requirements

“In the first week when they are doing orientation, there needs to be a promotion of balance, but they can’t do that unless they change the way admissions happen. The fact that it’s so competitive, and you need a 97 in every single paper, there is no room for error for humans,” she said.

The heavy workload and competitive environment make it hard to find a study-life balance. Joseph*, a third year law student, said he had no idea entry into the Law programme was even competitive until he arrived at Otago. “I did really well in high school, I thought it was wasted potential if I didn’t do something that was difficult,” he said. “I picked law to do something worthwhile. I got in and I’m still doing it. I had no clue when I signed up it was a competitive entry. As soon as I got back from the lecture everyone was talking about if they really wanted to do it,” he said.

“The whole year I didn’t want to miss out, so I neglected law and I was going out twice a week because I wanted the student experience,” he said. However, Joseph then fell ill with glandular fever, meaning he was unable to party and have the classic first year experience.

“I got really bad glandular fever. I couldn’t drink. I think that mentally affected me because going out was my escape from law, but for months I wasn’t allowed to touch alcohol. I found it isolating,” he said. Joseph said by the time exams rolled around, he was spending weeks straight of just studying. “The last three weeks [before the exam] I was sleeping four hours every night, studying 14 hours a day, having two meals a day, and I’d just be in my room trying to get into law.” Joseph recalled it was “a struggle to get through,” and said he was never told about special consideration when he fell ill.

He said for those in the same position he was in, to “really figure out if you want to do it, because you get this far in and it’s a debate if you even want to get the degree.”

Thiliner, who is currently in medical school, said that when he first arrived at Otago, he was nervous about sitting first year health sci. “I heard about the rumours and how hard it was,” he said. However, when Covid-19 hit, Thiliner went home for lockdown continuing his studies online. Thiliner said he experienced lots of pressure and self-doubt, especially when the content got hard. “I’d think, ‘why am I putting myself through this’ if the content was really hard,” he said.

Law student May* was at first unaware of how competitive the law programme was. “I knew it was competitive but I did really well in high school and I didn’t think it’d be an issue for me. I had been in Dunedin once before in my life. I went in expecting to study law. It was only when I got here that I considered [the competitiveness] more because everyone was talking about it.”

The stresses of university and college life affected May socially. “I had a really tough time socialising in my hall, which I didn’t expect at all. It became more pressing because not only were these kids not from the same background as me, they were more accustomed to dealing with a competitive environment. My peers would talk about their amazing grades and how they weren’t even worried. It was overwhelming,” she said. “I went from being a confident student to thinking, ‘I’m gonna fail.’ It was such a pressure cooker to be in.”

When the lead up to exams began, May said things began to take a toll on her. “It came to the point in the lead up to exams I had discounted myself so much, being a student in a college had gotten on top of me. I was so intimidated and afraid of my peers, I broke down to my parents over the phone. My Dad used to phone me every day to make sure I had got up and eaten something,” she said. “That period of my life, I was the least myself. I was scared, anxious and I didn’t back myself.”