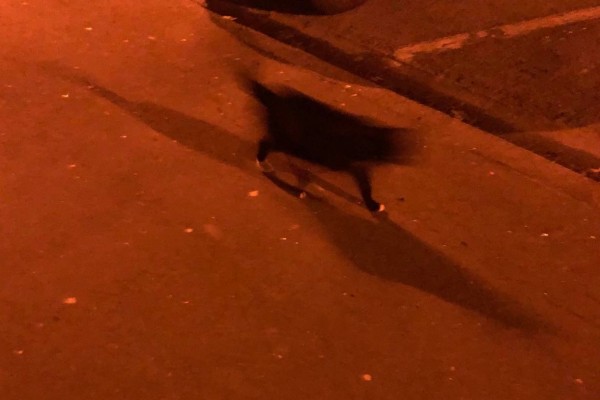 Exclusive Interviews with the Cats of North Dunedin

Cats. The muse of many art forms, from 2011 internet memes to 2019 musicals that you really shouldn’t watch high. Unfortunately, most students have neither the time nor the home to house any pets so when we see one of the many cats wandering the streets of North Dunedin we take all the endorphins we can get. Most flats I know have at least one story of these savants of the street walking inside and making themselves at home. Each cat has an undeniable personality, and I wanted to hear what a few of them had to say. I roamed the streets of North Dunedin like, well, a cat, in order to track these feline free spirits down and, through some crowd-sourcing, gained exclusive interviews for Critic magazine.

Benny can be found stalking the streets of Forth, Harrow, and Clyde and he cannot be trusted. Benny is known for showing up on drunken walks home like some kind of breather guardian angel. Benny is a harbinger of chaotic good energy, but there is a darkness to him. He is an elusive cat, shying away from any camera pointed at him. Whenever I asked him a question, he would simply stare into the distance, lost in thought, and then mutter something about not being able to overcome the sins of his former self. Benny means well.

Who they’re voting for this election: Social Credit

Mahi makes himself at home around the hills of North Dunedin. He is friendly, but attention-seeking to a fault. He’s a good chat and will do anything for a pat, but cannot exactly be trusted to have your back. Mahi’s primary focus is himself and will whine loudly if he doesn't get what he wants and whilst he’d be an asshole of a person, he makes a very good cat. He has been known to get too wired on catnip and say stuff he regrets later, but more often than not you can find him stealing other people’s vapes for a hit and then getting headspins and passing out. Mahi is also very fluffy.

Who they’re voting for this election: ACT

Nigel can be found around Duke St. Nigel knows what he wants and most of the time what he wants is to be left alone. Nigel is the equivalent of an old man telling you to get off his lawn, except he doesn't realise he's the trespasser. He also won't stop talking about fighting in Vietnam even though he's never left the country. Once you get to know him though, he's a big softie. In the right hands he loves a good cuddle and will happily give you a fiver to go buy some chocolate or whatever. Just a shame he's voting New Conservative.

Who they’re voting for this election: New Conservative

Rosie can be found all over campus, and is a star of the Uni facebook and instagram. Whilst St. Margaret's calls Rosie home, she is not the type of cat to let herself be tied down. She is seen around the Clocktower, the river, and lecture theatres at both night and day. When I spoke to her, Rosie recalled stories of her walking alongside drunken students on their way home, both because she cares and "for the vibe". Rosie is a loving and friendly cat, although she considers herself a campus icon and can get grumpy when she's not recognised as such.

Who they're voting for this election: Labour

Athena can be found at St. Margaret's College. While her friend Rosie is an avid explorer, Athena is satisfied with a life at home. Athena can forget she is a cat sometimes, blending perfectly with the rest of the students at St. Margs. She is the mother of any friend group and cares about her friends dearly. She can get her claws out when she needs to though, as evidenced by the scratches on the couch as you enter the college. Like any student at a residential college, Athena gets lonely when her friends aren’t around, or are too busy studying to hang with her.

Who they’re voting for this election: Undecided

Ella can be found plodding around the Student Support Centre on Ethel Benjamin Place. Ella is also not a cat, but her charms convinced me to let her be in this piece anyways. She has a calming energy, and a kind face, although she kept leaving the room when I asked her questions, which really tanked my self-esteem. She later apologised, and explained it was just because she wanted her chew toy. We spent the rest of the interview lying down on the carpet, soaking up the sun.

Who they’re voting for this election: Greens

"Ok, this is getting a bit ridiculous" I said as Bill and Bill walked into my office, "you're clearly not cats". "We clearly are," Bill replied tersely. "You're ducks," I responded. The room got tense and Bill leaned towards me. "Shut up and write another piece on us you piece of shit." Bill turned to Bill, "Bill, babe, settle down it's ok," he then turned to me and calmly explained that it'd been weeks since they were last featured in Critic, and ever since they were almost taken away from campus things hadn't been the same between them. "We just need this, man."

Who they’re voting for this election: McGillicuddy Serious Party