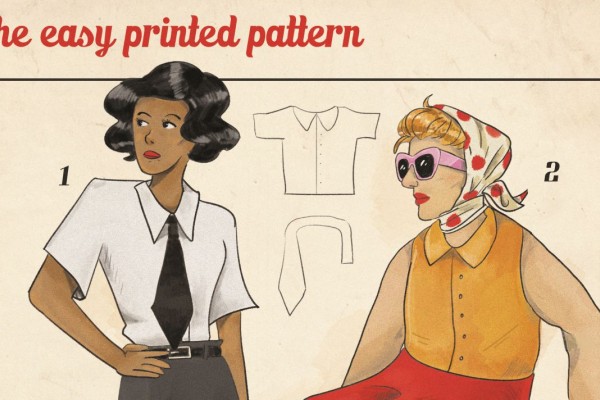 Insights into the real gay agenda

From women wearing men’s tailored suits in the 1920s, to the sequins and disco-glamour of the 70s, to the new forms of androgynous fashion in the noughties and beyond, queerness and fashion have a long and complex history. In 2020, that relationship is even more evident, with the influence of drag culture in mainstream fashion, and styles becoming more androgynous. However, less than a century ago, it was unusual to see a woman wearing pants.

Now, with the rise of yas queen culture, more and more people, rainbow or not, are taking risks with their lewks. Think nail polish on mascs, think andogynous silhouettes, think sequins, and corduroy and double denim, or leather, fishnets, feathers, and bright makeup; think crisp tailoring, men’s sweaters, vests, the list goes on. In the past, all of these fashion statements had been adopted by the queer community, with some of them developing into a sort of emblem for queer culture. That often came as a result of queer communities subverting or operating outside of mainstream fashion trends. In today’s society, however, it’s not uncommon to see people dressing in ways that subvert gender expectations—just think of the baggy sweaters popular with femmes on campus currently—but it hadn’t always been that way. In the 20th century, refusing to dress within the accepted gender binary, even in subtle ways, was a calling card between members of the rainbow community. With the rise of queer culture in mainstream media, dressing outside the gender binary is no longer reserved for members of the queer community looking to identify each other, or express their marginalised identity. Just think Harry Styles, or Jared Leto, who experiment with what it means to present “masculine.” However, despite the embracing of queer themes in mainstream culture, queer fashion in the modern rainbow community is still alive and well. Now, queer fashion is expressed in new ways, and has expanded to include new modes of “being queer,” as it were.

The intersection of queerness and fashion therefore lies not only in the realm of identity affirmation, but also in the realm of building communities and challenging societal norms—a space that it has occupied in Western history for over a century. Critic spoke to several young members of the LGBTQIA+ community to find out what fashion means for them, and how their queerness influences fashion.

“Fashion is used as an extension of one’s identity,” says Nick, “which might be a metaphysical notion presented in physical form.”

For Andy, Nick and Eloise, this statement is especially true, with regards to how they do or don’t express their queerness using fashion.

Andy, who is non-binary, notes that “gender is a performance”. In that regard, although they don’t see themselves reflected in men’s fashion, as they don’t identify as a man, they do dress in more masculine ways now than when they first came to terms with their gender identity.

“I took a few more risks back then, I’d go out to town in this lipstick… I’d wear those mod, 60s sunglasses and have a headscarf, or I’d go out in a pashmina, though I haven’t done that in a long time.”

For Andy, dressing outside the gender binary was one way to express their queerness, but it wasn’t the defining factor in how they saw themselves. In fact, they noted that the more they became comfortable with their gender identity, the less they felt the need to perform gender, leading them to wear more masculine coded clothing than they did previously.

“I know who I am, my family and friends and the people who are close to me know who I am, and if the rest of the world gets it wrong then it doesn’t matter,” they said.

For Nick, who identifies as a bisexual man, the opposite is true. “I am a man,” he says, and so “I try to stick within traditionally masculine forms of dress, because that’s what I prefer to wear”.

Although Nick himself doesn’t identify with queer fashion, he notes that his ethnicty and his sexuality both play a role in how he choses to dress, as he struggles to be taken seriously in academic and professional contexts.

“I need to fit within a certain package,” he feels, and for him that’s “all intertwined with sexuality and identity,” because he’s aware that “people who dress in a way [that] challenge gender norms are going to have a different experience to me.” For this reason, although individual choices are always multi-faceted, this pressure to “look like part of the group” pushes Nick away from queer fashion.

In part, Nick’s avoidance of queer fashion is informed by his experiences, as Nick recounts seeing many queer men, especially cis gay men, who have successful careers in traditionally conservative sectors, which he attributes this to their ability to present a traditional form of masculinity.

“I genuinely think that in 2020, there is a double standard… I think it comes down to gender norms. Gay people will not experience the same level of discrimination than queer people who challenge gender norms.”

As a budding professional himself, it makes him “very conscious about what I wear… at the end of the day it’s assimilating in a different way.”

Although many queer individuals will feel this pressure to conform, for many other queer individuals, queer fashion is an alternative to mainstream fashion, and is an important part of self-expression. Among other things, dressing in queer coded ways can provide a sense of community, solidarity and affirm identity.

For Eloise, who identifies as a lesbian, fashion and clothing manifests in the intersection of many values, including being eco-friendly and expressing her queer identity.

In terms of her queerness, Eloise notes that one of her primary concerns is distinguishing herself from heteronormative society.

“[I] don’t want to have the same [silhouettes] as straight women... My own worst nightmare would be for someone to look at me in the street and think ‘wow, she’s into men’.”

However, for Eloise, queer fashion is also about “being more adventurous and different with shapes and gender boundaries… I think there’s a lot of joy in queer fashion.”

To Eloise, fashion plays an important role in queer identity, because “gender expression and self-identity is so important to us… it plays into what I think is fashionable vs. what others might think.” Eloise’s statement also points out what many already know: the rainbow community is hugely diverse, and queer fashion is, in part, about celebrating that individuality.

“Everyone is so unique and that is expressed through fashion. There’s no one way to dress queer,” says Eloise.

“I dress for myself and I dress for the people, because we are one and the same,” she said, speaking on fashion as a way to explicitly present as part of the queer community. For Eloise, this manifests as a conscious decision because “[fashion] is the only way to express queerness in an everyday normal situation”.

“There’s something about being like ‘yeah I’m a dyke and I’m wearing dyke boots,’ [and stomping] around like I’m a dyke,” she said.

Similarly, Tangihaere, who is non-binary, agrees with Eloise in that queer fashion is about building a sense of community.

“The first thing I think of [in the morning is], if I was in high school or intermediate and I saw myself, would I be inspired? [It] gives me more courage to go about my day and unashamedly be who I am.”

For Tangi, being openly queer in the way they dress is about showing solidarity with other queer people, as well as a means to reclaim their cultural identity as a young, queer Māori person. They do acknowledge, however, that going against societal norms is not without risk.

“It feels like wearing a white flag,” they said. “It feels like a surrender when you wear queer fashion… you have to be ready for people to attack you on the streets. But it’s for the other queer people who might see you, not for the people who are going to treat you like shit.”

For them, Tangi wants to show other LGBTQIA+ individuals that there is no shame in being different, and being outwardly different and challenging gender binaries. They point out that fashion and make-up is one of the most financially accessible ways to perform an identity. In practice, queer fashion then becomes an alternative for young queer people who don’t see themselves reflected in the heteronormative gender binary of mainstream fashion.

“Being queer and dressing in a certain way is a fight back on people trying to code you,” they said.

For Tangi, that’s in part due to the misgendering they’re often subject to when they dress within either the masculine or feminine gender role.

“Often when I wear things that were tailored for a specific gender I get gendered as that, even though I’m non-binary,” they said, which is “interesting because a lot of queer people break that boundary”.

All of our interviewees also noted that queer fashion is coming into the mainstream, as the rainbow community becomes more accepted in wider society.

“The heteronormative culture we’re in doesn’t want to be heteronormative anymore… we have to accept that someone looks like us now, who ten years ago would have called us all faggots,” says Tangi.

However, Tangi notes that this isn't necessarily a bad thing. For them, queer culture is all about claiming space for oneself, and modifying and utilising what is at hand in order to adequately express an identity which is marginalised in wider society. The movement towards queer fashion as a mainstream fixture is therefore a manifestation of the queer community’s success in claiming space.

For Andy, the rise of queer fashion in the mainstream is an explicitly positive thing, and notes that “you don’t have to be non-binary to do things that are [outside gender norms]”.

“There’s no moral failing, [for example], if a man wants to do something that’s more feminine like wear makeup, or a skirt. You don’t have to be queer; you can be straight and still do all those things.”

Similarly, Eloise is conscious that she is part of a bigger tradition when she shops and dresses outside of the gender binary, as queer fashion has helped pioneer the increasing experimentation with gender expression in fashion. She encourages everyone, whether a part of the rainbow community or not, to “go wild”.

For all our interviewees, queer fashion is an intersection of identity and politics that everyone can stand to learn a lesson from.

Whether it’s about challenging gender roles and societal norms, or building a sense of community, or taking up space and being seen; in the end, queer fashion teaches us all that we really shouldn’t give a fuck about the haters. And that’s on the gay agenda, sweetie.