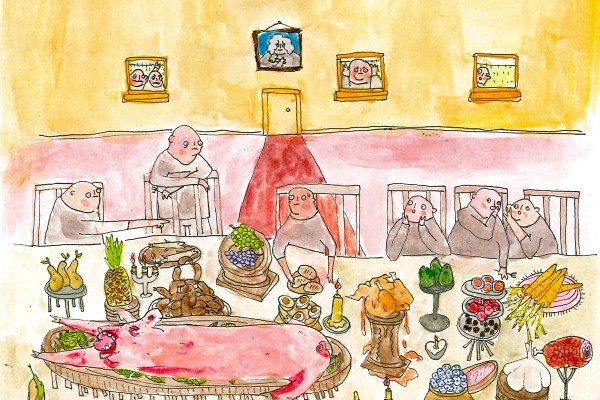 A Seat at Our Table

Throughout my years at university, I have been relentlessly interrogated, ridiculed and challenged on one thing: my Māori heritage. Something which, despite it being no one else’s business, has been a consistent topic of conversation. A conversation which always leads to invasive questions, hurtful stereotypes and back handed, contradictory comments. I don’t question my Māori heritage, because I know it’s true and I know my story. That doesn’t seem to be enough for some people. It seems illegitimate, and a reason for my place to become invalidated.

When I applied for a professional course through the Māori entry pathway, I was told by a classmate that I was adhering to “positive racism”; that I was admitting that I was less intelligent than others. Because “no one wants to hire a dumb Māori lawyer”, right? I was made to feel that no matter how hard I worked or how good my grades were, my achievements were belittled because I could simply ‘play the brown card,’ as if my heritage was some kind of cop out.

On the other hand, when I received a grant to pay for my tuition, I was told by a girl in my hall I was not “Māori enough” to receive such “benefits” and that it was “unfair to others,” despite the dire colonial consequences my ancestors faced for years.

Then, because I don’t adhere to the stereotypes of what a Māori person should apparently ‘look like,’ I’ve been asked what “percentage” I am. It has made people think that, because I’m relatively white passing, they can make as many backhanded and subtly racist comments as they like. Then, when I call out colonial thought, try and explain equity, or shut down racism, I become “too angry” and simply need to “get over the past”.

My story isn’t one of a kind. It is the story of many Māori students here at Otago and represents what we face on a daily basis. It is a story which demonstrates the importance of equity: that our fight for representation is not over. Whether people like to admit it or not, issues surrounding equity, racism and equality are still alive and well within New Zealand and our colonial institutions.

One of the biggest misconceptions surrounding the Māori student experience and education is that of equity through the likes of entry pathways, scholarships and grants. These are issued to Māori students in order to sustain equity and representation in professional pathways such as Medicine or Law - pathways which have historically, due to exclusionary colonial mentalities, disbarred or disenfranchised Māori communities. However, despite these pathways being put in place as a form of compensation and encouragement, over time, Pākehā misunderstanding of these pathways has festered negativity, and is taken out on Māori students.

Nerys Udy, who is Tumuaki of Te Roopū Whai Pūtake (Māori Law Students Association) said that this kind of thinking is “really disheartening”.

Positive racism is "not true and it shows a lack of understanding and education around the issues Māori face. The reality is that through destructive forces of colonisation, Māori have been marginalised and oppressed for generations. This has created endless cycles of poverty and excluded us from spaces such as Law, which is exactly why we need mechanisms like scholarships or entry pathways.”

Michaela Waite-Harvey, the OUSA Welfare and Equity rep (also a Law student), echoed a similar story. Despite going through regular entry pathways, she was still subject to accusations that she got into the competitive program through her Māori heritage. “I wouldn’t even bring [my heritage] up in conversation, other people would. They would say things like ‘you’re lucky because you’ve got the pathway’ or ‘it would be easy’. There seems to be a lot of aggressiveness about it. It’s already such a toxic environment,” she said. Olive, another Māori student, said that another false, yet popular stereotype of Māori students is that “we are uneducated and lazy. I get good grades and I work really hard. It just frustrates me that we have to work so much harder to prove to people that we are capable.”

Karamea Pewhairangi, Tumuaki of Te Roopū Māori, said that entry pathways and equity mechanisms for Māori students are crucial in order for Māori to give back to their communities. She said that you can’t just send Pākehā people into Māori communities, when most Pākehā don’t understand their background or what situation they are in: “We need more Māori to help our own people and our own communities.”

“For so many years, we’ve been at a disadvantage. We have finally been given opportunities to push ourselves forward and be on the same page as Pākehā students. We live within a Pākehā system. We didn’t choose to live this way, it was forced upon us. You need to understand the hurt before you understand why we get what we get.”

The experience of being a Māori student is much more than just how we are treated within professional courses or educational institutions. Another part of the experience is grappling with the constant stereotypes which are thrown our way. Subtle racism and constant casual back handed comments are made on the daily, and can make campus feel like an unsafe, unsettling place: it’s like that scene from Mean Girls when Karen asked Cady “if you’re from Africa, why are you white?” Seemingly innocent and uneducated questions are more harmful than you think, and when they are legitimized by Pākehā-centric media and institutions, it makes way for a never ending cycle of racist and questionable comments which chip away at our identities.

Michaela described casual racism on campus as being constantly contradictory. For her, it changes depending on the box that people wish to fit her into. She recalled a time she was walking home from the library and drunk men approached her and performed a fake mihi. “It’s like one week I’m visibly Māori, the next I’m too white. Make up your mind?” For Michaela and other Māori students, these experiences can be ostracizing: a reminder that these institutions are colonial and weren’t created with tikanga in mind. “There’s never any direct discrimination, but you’re treated like an other,” she said. “There’s always the assumption that I study Māori, or Māori speeches are shoved towards me, it’s lots of little things. It’s either a microaggression or overt racism.”

Olive agrees. To Olive, being “white passing” means people treat them as a “safe person to tell their racist things to”. Meanwhile, not looking “Māori enough” means their perspectives on Māori issues “don’t get respected”.

So what kind of impact does this leave on Māori students, and why is the fight for equity and awareness still ongoing? “It makes Māori students feel like we are less,” said Karamea. “The experience has always been difficult, every day is a constant fight to put our hand up and get a seat at the table.”

Olive believes in the importance of equity, representation and sharing Māori experiences.

“For an equal society, we need to help certain groups. Māori are still being affected by ongoing issues like racism, colonialism, neoliberalism, Ihumātao and much more,” and that despite the claims and stereotypes “we don’t benefit from society, and the notion of forgetting about the past is ridiculous”.

Going forward, it is crucial that Māori students continue to be encouraged, uplifted and equally represented within society. We must work towards a nation which no longer leaves room for the likes of racism, discrimination or hurt towards our tanagata whenua. A place where our identities, culture and way of life is no longer dismissed and swept under the rug. That our alleged benefits are seen as equity and compensation for which they really are. For those who feel let down, oppressed or that their place is invalid, remember that it is not. “You aren’t doing your mahi to validate your position in this world,” said Karamea “you’re doing this to uphold the mana of your tipu”.