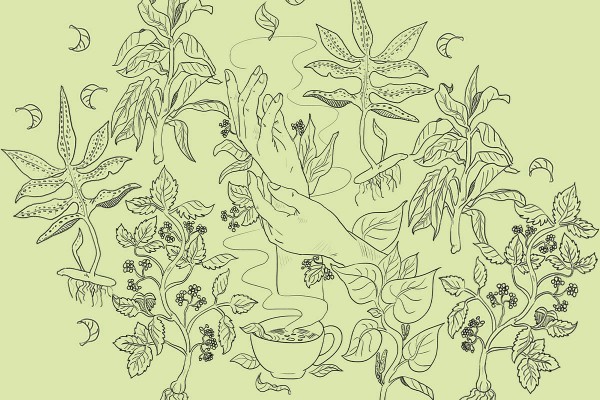 What Pasifika Should Know When Going Into a Professional Degree

Three Medicine students and one Dentistry student share their thoughts about being Pasifika and also smarter than everyone else.

It’s the start of their second year. Five Pasifika students made it through First Year Health Sci. Echoes down the corridor scream ‘yOu onLy gOt in bEcAuse yOu’rE brown.’ They laugh. You fool, you clown. Rat behaviour.

Apparently getting through First Year Health Science isn’t the end of the challenges for Medicine and Dentistry students. Coming from cultures that are historically rich in natural medicine, entering a university degree that focuses on Western medical practices can confront Pacific cultural views.

Being immunised is a crucial part of the professional degrees. The students we spoke to claim that they did not know of the compulsory vaccination process when they applied. They said they found this out once they were accepted into the Med and Dent program and received an email highlighting all the immunisations and vaccinations that were to take place before they began, all at their own cost.

Mary, who studies Medicine, said she had “literally had no idea until we got that letter”. She knew she definitely did not have some of the vaccinations on the list, and her mum was “iffy” about getting them, but at the end of the day she “had to do what I had to do” so she could get her degree in clutch.

Em, another Med student, agreed and is “100% on board” with the vaccinations as they are necessary for dealing with patients.

Madi, who studies Dentistry, says she feels safer with the vaccinations as they are “dealing with people’s blood and saliva” and definitely does not want to be the one who spreads anything.

Exposure to procedures that are sensitive in regards to personal and cultural values can particularly make Pasifika uncomfortable in the labs. Sometimes dealing with corpses can cause a pit in the stomach of these students, and for Em, this was the case.

She said she remembers crying after doing a cadaver dissection: “It was a really tough moment for me because of my aiga’s (family’s) belief that our bodies should go back to our final resting place fully and it was just very overwhelming.” However, talking to others that understood what she was going through, and reflecting on herself and focusing on gratitude, she eventually got more involved.

Mary has a similar outlook, saying “there are some practices that I do feel uncomfortable doing, but it is beneficial for my learning and future practice,” so it is a case of prioritising learning and focusing on the positives.

Being part of a professional degree isn’t just learning facts about drugs or your body. Lily, another Med student, believes it is an opportunity to “discuss important and uncomfortable topics” and gain a broader sense of perspective. To share with non-Pasifika their perspective, even when these talks may clash with her values as a woman or Cook Islander.

Pasifika vary so differently, and how you are raised plays a huge role in how you perceive your cultural values in relation to Western healthcare.

Mary “grew up in New Zealand so I feel kind of westernised” in comparison to other traditional Pasifika. She explained she would not react the same way as someone who hasn’t grown up in New Zealand would react to confronting content.

Em feels that she has always been exposed to Western medicine, but her family always incorporated traditional Samoan values into their lifestyle. For example, the use of massage “to prevent growth of birthmarks” and also use of massage to injured areas.

Madi appreciates that her Polynesian values are beneficial to her degree. She says family plays a huge role in her life and she loves her cultural background. “It gives me an edge, a different perspective.”

Yet this doesn’t stop Pasifika from feeling targeted during classes when faced with statistics that reflect negatively on their cultures. Mary explained that in class she can feel that other classmates can act culturally insensitive towards them because they have obviously had different upbringings and opinions. But she “never bring[s] it up because I’m here to get through class” and be the best future doctor she can be.

One of the most common forms of insult that Pasifika face, and that those especially in First Year Health Sci will notice, is the remark that ‘Pacific Islanders and Māori have it easy’ because of the Māori and Pacific Island entrance scheme.

Mary finds it “hard being seen like we have it easy” especially after getting through school that favours palangi (caucasians) and making it to uni in the first place. She said she and the others work their asses off, and hearing others say that they only get into Medicine or Dentistry because they are brown sucks.

Madi felt inadequate going into her first year of Dentistry because of that idea. “I had an internal lack of self-confidence” because of how other people saw the Pacific pathway, and “it made me feel really shit”. But throughout her first professional year she gained confidence and realised she does belong in that little Dent class because she worked hard and earned it.

Em challenges others to not be afraid to ask why the admissions scheme exists, “but please listen when we give you an answer”.

Western healthcare is seen as a necessity when living in a country with Western diseases (thanks, Cappy Cook). Lily however looks forward to seeing a combination of Pacific knowledge and Western medicine used more commonly. “Unless you have been living under a rock, Māori and Pacific peoples have poorer health outcomes than Pākehā. There is still so much more work needed to be done.” She feels the solution is to use the benefits of Western medicine and traditional medicine, as well as teaching students to be culturally competent. Getting a C- in MĀOR102 might not cut it.

Madi also believes strongly in having cultural competency. “It’s sad that no one can treat our people as good as our people can,” and she hopes that education can change that. She highlights the clear lack of representation. “I never saw a brown dentist growing up. Other people have had doctors who look like them and treat them - I haven’t had that experience.”

Going into a professional degree, Pacific people need to know that there is support everywhere. Em had “hoped for a strong PI presence, and wow did we get it”. She stresses that the Pacific Island community is so strong, supportive and willing to help others. They are all in the same situation working towards the same goal for their communities, families and themselves. Madi says “own your space and work hard. You are here for a reason.”