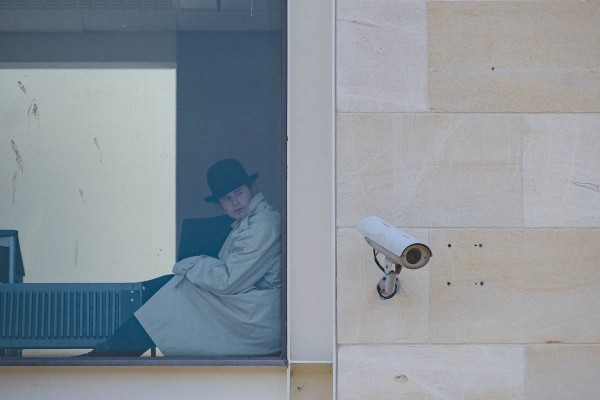 Denying Them Data: Is it Possible to Function With No Footprint?

In 2015, the Chinese Government allowed eight companies to establish a social credit system that would automatically rank citizens according to their data (presumably after binge watching Black Mirror). The blueprints for these plans claim that the goal is to “allow the trustworthy to roam everywhere under heaven while making it hard for the discredited to take a single step”. In our increasingly connected and globalised world I, for one, am terrified.

Which is why I embarked on a mission to pull a giant middle finger to the corporate techno-lizards watching my every move and erase my digital footprint for a week.

Living off the grid is really hard when you live directly inside the grid. City life means being connected to everything. Every electronic interaction creates another piece of data showing who you are. We live in a surveillance state, and I wanted every piece of automatic profiling software to think I was dead.

My goal was to become invisible: no Facebook, no EFTPOS, no loyalty cards, no ordering pizza online, and no cellphone. But the real mission was avoiding surveillance cameras as well, which happen to be almost everywhere.

I started my experiment on a Thursday, a day I like to regularly buy a rice ball on the way to campus. However, the ATM I was planning to visit to get my cash out for the week is a few blocks past my favourite rice ball joint. I didn’t have time to get cash out and then double back, so I had to either skip breakfast or tell my bank where I eat. I chose to eat. Just three and a half hours in and I had already started to hemorrhage data.

For the first day, I tried having my phone off unless absolutely necessary. This was the easiest way to stop my cell provider and any of my apps from taking my data. Within a day, my life started to fall apart.

Across six hours, I missed important messages from my work chat, my flat chat, and from the organiser of an event I was helping with. As much as I would like to be a stoic lumberjack living alone in the woods, turns out I am not. When you work with deadlines and other people, you need to be contactable. My phone had to stay on.

I was hoping to trick the robots into thinking I ceased to exist for a week, but by lunchtime I had already left all kinds of digital residue at the scene of my life. By the second day, I realised that the functionality of my life was depleting fast. I was losing control of what were meant to be my controllable factors. My plan to become invisible had failed. So, I decided to feed them incorrect data instead.

I enabled developer options on my phone and installed an app that can make all my GPS tracking apps believe I was somewhere else. I chose Tajikistan. My IP address and GPS could no longer be tracked. As long as I kept my phone usage to a minimum and mentioned nothing of value, I could safely message people without revealing anything more than the raw basics; such as when I was online and what device I was using.

Later that day I was sitting in class when I realised that my laptop had a microphone, and some offshore robot was probably listening to everything around me to feed me perfect personalised advertisements. I taped a small piece of fluff over the microphone hole in an attempt to muffle it. I don’t think it worked, and people started looking at me funny.

In 2018, New World was revealed to have an automatic facial recognition system after a Dunedin man was mistakenly identified as a shoplifter by their systems. What this meant for me was no more popping into the supermarket. This was going fine, as food could be bought from local stores, and my flatmates were able to get me anything I had forgotten. But then I discovered my smoke alarm battery was dead. I could have simply waited a few days and got a replacement battery. But what if, by some terrible twist of fate, my room erupted in flames and there was no alarm to alarm everyone? The thought made me incredibly anxious, so I headed to the supermarket.

Getting around was difficult, as cameras don’t just pry on the interiors of our world. I had to avoid all outdoor cameras too. This is a tricky one in North Dunedin, as in 2017, $1.27 million was spent installing cameras in several places around the student area. At the time I was against this decision and sent several (three) very strongly worded emails to university officials about it. If I had known that two years later they would be making my life hell from a masochistic experiment, I would have written more.

In defence of Otago, their policy with these cameras is actually quite strict, with footage being kept no longer than 30 days. However, giving into The Man (Harlene Hayne) would defeat the point of my experiment. I needed to be invisible, and being “mostly invisible” is not the same as being invisible. Thankfully, our kind Otago overlords provide a map of where most of these cameras are, which I printed out and updated throughout the week. While I fortunately live in a sweet spot that allows me to easily avoid the majority of the cameras while going to and from campus, I did have to walk an extra block to get on campus without being seen. It got old very fast.

Most of my classes are in small niche buildings that I can safely enter. Practically made of cameras, the Otago Business School is not one of these buildings. The easiest option would have been to just skip my class for a week, but that would defeat the purpose of my experiment. I needed to function, and functioning students (apparently) attend class. I donned my favourite fluffy hat that obscured a good portion of my head and looked away from the cameras until I reached my class. I looked a little strange powerwalking to class with my head turned to the left, but that’s because I did become strange. I was crossing roads to avoid cameras and going around entire blocks. This is not normal behaviour.

As my week went on, my stupid experiment began to fall apart. On Sunday, I walked 15 minutes to my favourite fish and chip shop for lunch, only to find they were closed. I had to order a pizza instead, so now Pizza Hut has ten minutes of me sitting alone reading a Critic with my back turned towards the camera. Although they can barely get a pizza order correct, so maybe they also forgot to turn on their cameras.

I had been keeping a tally of every time a camera spotted me, and the total number came to 36. You can probably triple that to account for all the cameras I didn’t see. At one point I found myself caught by yet another camera, and instead of trying to hide my face I just looked directly at it and sighed. I was exhausted. I tried so hard, but they still got me. I was defeated.

Walking across the road to avoid cameras is not fun. Loading up two separate security apps every time you want to use your phone is not fun. Going obscure routes through town to avoid cameras is not fun. I was trying to balance being a ghost with being a person, but it just doesn’t seem to be possible. I wasn’t invisible at all. They still got everything they wanted from me. In reality, I was just a paranoid guy trying to hide his face with a big hat.

Surveillance is absolutely everywhere and there is no escape. You can no longer exist and then be forgotten. Rich people all over the world will keep your data forever. Why wouldn’t they? The people who create the laws are the ones who can watch you at all times, and the people who want to sell you things can target you based on what you’ve been saying and what you’ve been interacting with. It’s depressing but it looks like it’s inevitable. This is how we live now. You can’t opt out. We’re all being watched forever.