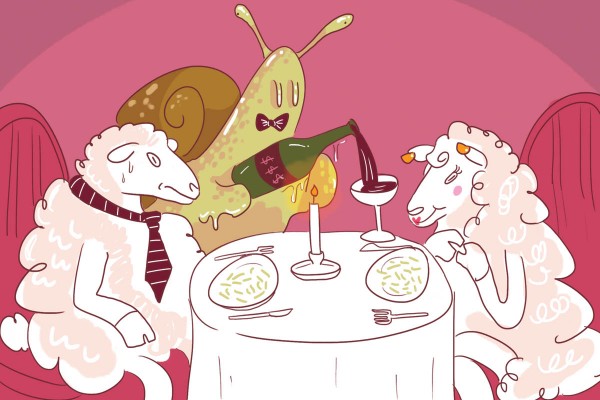 How to Judge a Goon by its Cover

A Scientific Enquiry of the Wine Menagerie

In 2017 I bought a bottle of wine with a dog on the label, and I’ve spent the last two years trying to figure out why I did that.

It started with a simple question: “How does an animal on a wine label effect the price?” I thought “expensive wines usually have something majestic on them, like a deer or an eagle,” so I set out to see if expensive wines featured certain animals, and if cheap wines have others. I started haunting local bottle shops, where I would inexplicably photograph dozens of labels and prices and then leave without saying a word. I became obsessed with the world of wine zoology, and years later, like a wine-drunk Jane Goodall, I offer insights on the wildlife of the wine aisle.

First of all: does the animal predict the price? Short answer: yes. But I might’ve gotten it the wrong way round; it seems that rather than guessing the price based on the animal, it’s far easier to guess the animal based on the price. I discovered that “critter labels” fall into two camps: traditional, recognizable animals (like the deer and songbird) and the unorthodox (the octopus and walrus).

Here’s the kicker: those groups were loosely sorted by price. The unorthodox animals stuck fairly strictly to the $20-$50 range, mostly around $25. But the traditional animals? They were split. You can find the same elegant swan below $20 as you can for above $50. Why?

In my investigation I found several fascinating tidbits, and I’ll give you some of them now, with the hopes that they’ll keep you reading. What’s the most common animal on wine from Spain? Unsurprisingly, it’s a bull. We associate bulls with Spain, and the manufacturers know this. Fish were common on whites - and rare on reds - because we already literally pair fish with white wine.

How many wines have animals on them, do you think? According to the ACNielson group (who - unbelievably - paid someone to do this research) the number was 18% in 2006, or about 1 in 5. Other sources published around this time (clearly written by snobs) claimed that “critter labels are passé” and are “looked down upon in the wine community.” But remember, these claims are from 2006, and that was a long time ago, back when we were young and naive. Back when we decided it was OK for Justin Timberlake to top the international top 50.

Ducks were more expensive on white wines, by the way. That’s a good tidbit. And horses: horses were pricier when they had a human riding horseback. Songbirds were consistently more expensive than birds of prey, and usually more detailed, too, with one notable exception: Fat Bird.

This is the only time I’ll say that Fat Bird has contributed to my life in a meaningful way. Fat Bird (a popular student choice) displays a smattering of globular, tufted birds of no determinable species. They’re cute, but students aren’t buying this wine because of the birds; if this bottle was $14.99, it wouldn’t be nearly as popular. The reason it’s popular is because it’s 12 standard drinks for $8.99.

Maybe the birds help this wine stand out from other budget options, but the birds are hardly a work of art (sorry, Fat Bird enthusiasts, it’s true). They look like they’ve been drawn by someone on their fourth bottle of Fat Bird, which - quite possibly - they could’ve been.

But Fat Bird made me realize something important about my wine-buying habits: like most students, I go in with the intention of spending as little as possible and chasing the biggest markdown. Only then, with all things being equal, will I buy the coolest animal. In other words, I’m a “price-oriented” buyer. I would love to waltz home touting a $35 beehive-emblazoned bottle, but I simply can’t afford to do that (that’s, like, 3 bottles of Fat Bird).

So as important as critter labels are (and they are important: ACNielson reported that sales of critter labels launched in 2003 nearly doubled the sales of their non-animal counterparts), they’re only effective when the buyer is willing to examine a wide range of wines.

This includes rich people, too, by the way. I’m particularly a fan of this concept because it means that I - and all of the lowliest, dirtiest, cheapest Dunedinites (yes, you) - share a trait with the ivory-white socialites of the Queenstown alps: we’re price-oriented buyers.

Let’s say you want to make an impression at your stingy in-laws place. You strut in, and unfurl from your mink & marino coat a fine bottle of red. Adorning the front: an elegant equine mount. The bottle shouts: “I’m expensive.”

The most expensive critter label I saw (and I’m sure there are more) was a horse for $138. Chances are, if you walk into a store ready to drop $138 on a bottle of wine (that’s, like, 19 bottles of Fat Bird) you already know what wine you’re going to buy. The same highfalutin fellow who just spent $138 on a horse just engaged in the same behavior that I did on my night out: we went to the store with a budget.

Almost all of the animals on the top shelf (the snooty ones: eagles, ducks, deer and horses) also dominate the ranks of the lowest shelves; they have copycats. This makes sense, though, right?

Let’s say you’ve gotten roped into a dinner party that you really don’t want to go to. On the way, you stop to buy a bottle for the host, because you’re a good guest. You’re buying cheap - but you don’t want it to look cheap - so you go with the $10 stag, because it looks like what you
think of when you think “classy wine.”

This was reflected in my data. There’s something called “bimodal distribution,” which is a fancy way of saying that when you graph something (in this case: all of the prices I found for, let’s say, sheep.) you see two major results. In this example, it means that there are two price ranges that sheep usually fell in: expensive (above $50) and cheap (around $15).

The bimodal animals are the copycats. They represent an effort to emulate the aesthetic of a classy wine without bumping up the price, and they’re relying on your association of that animal with expense to net your hard-earned booze money. Bimodal animals included sheep, lions, stag, and almost all the birds.

Stuff Gets Weird in the Middle

The gap left by the bimodal animals is where diversity explodes. Animals here are consistent: data shows that animals between 20 and 50 dollars are endemic to that range (i.e., they aren’t found anywhere else). You can find three octopus labels between 21 and 38 dollars, but nowhere else. The same is true for owls, frogs, snakes, and almost anything without a backbone; insects abound at about $25.

At $25, you might not have a brand in mind when you shop. You may wander around the wine aisle of New World, perusing your options. You may even find yourself taking the time to examine the labels...

And that’s how they get you. The mid-range animals, the flashy ones, are designed to catch your eye and hold it. Some students in the Dunedin flatting complex even keep their empty bottles for show, displaying the labels long after they’ve served their initial purpose, so clearly, there’s something to this. The labels here feel important, and they’re all about attractiveness. They’re like a shallow boyfriend: their looks that made them stand out, but you took them home not really considering what’s on the inside.

Why I Bought That Dog

But why did I buy that dog? The price was right, sure, but there were plenty of options at that price. The type of wine was what I wanted, but again, I picked from a wide variety. Is the secret to my patronage as simple as slapping a handsome pup on the label?

It could be. I like dogs, and in that sea of shiraz, a dog was a familiar face. I’ll leave you with an insight I found, in one of those snooty articles written about the immaturity and classlessness of critter labels: we trust (and buy) what we know. Animals are familiar to us, and we’re comfortable with familiar things. So, when I saw that dog, I took it home because I knew I liked dogs, and whatever this wine is, because it has a dog on it, I’ll probably like it too. I knew that that bottle looked more familiar than its compatriots. I didn’t take it home because I knew I liked the wine; I’d never even seen it before. I just knew that I liked dogs - all animals, really - and for that reason, I will always, always, judge a goon by its critter.