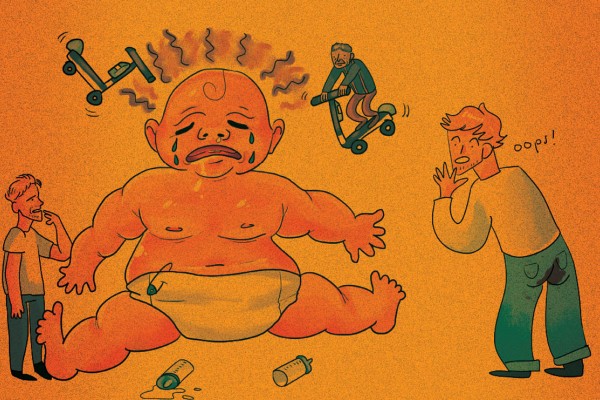 It’s common knowledge that humans don’t know everything. We might have figured out how to make handheld phones with cameras so that we can take pictures of our junk and send them to people on the other side of the world, but there’s a lot we still don’t know.

This is especially true in the medical sphere. For all our advances, there are still countless unexplained medical phenomena, undiagnosed diseases, and diseases with treatments that are far from effective. Thus, it’s no surprise that many people turn to alternative treatments when conventional medicine has no answer. I’ve done it myself. Sometimes the results, for better or worse, are clear. Other times … not so much. So, I decided to roll the dice and take some different supplements, herbal and otherwise. This is what happened.

This Chinese herb is touted due to its apparent use for improving circulation. It’s supposed to increase nitric oxide levels circulating in the bloodstream, aiding cognitive function, decreasing anxiety and depression, improving memory and concentration, eyesight, and (you guessed it) male sexual performance.

I actually took ginkgo biloba daily for the better part of two months, because I feel like I’m getting dumber from drinking all the V-Pure at the Critic office, and because I thought it might make my dick bigger. Honestly, I didn’t see any of these benefits. My memory has improved somewhat, but only selectively. I still can’t remember a damn thing from any of my lectures, but I can remember every word of the chorus to Tyga’s SWISH (“...come on girl I’m tryna get your pussy wet...”), which is not something you want to have stuck in your head. Trust me.

According to WebMD, this supplement is a “vitamin-like” substance, which “helps provide energy to cells”. In addition, the site says, “Coenzyme Q10 also seems to have antioxidant activity.” A bit vague, eh? Some research online shows people take this a lot for muscle pain and heart health, and a ton of other stuff that I don’t really want to list off, like mitigating the symptoms of HIV.

I’ve been taking CoQ10 off and on for years, but I recently took 2000mg daily for a week, which is like triple the dosage the bottle said to take. I didn’t notice anything for a while, but then my entire body felt like it was on fire. This lasted about ten minutes, then my skin started to itch severely and I stripped down to my underwear and stared at myself in the bathroom mirror for the better part of an hour. I tried to walk back to my bedroom but missed the doorway and smacked my head against the wall. When I woke up the next morning, all my pubes had fallen out and someone had written the lyrics to a Diana Krall song in a spiral circle around my nipples. Also, I had a major headache.

My hair’s been getting thinner and thinner lately, and this stuff is apparently supposed to increase hair growth across the body. So I ordered it on Amazon to see what was up.

Long story short, I think it fucked me up. I took two capsules a day for two months, and I didn’t see any thicker hair, but I did develop strange white blisters across my palms and the skin on my fingertips began to shred and fall off whenever I got my hands wet. It’s been two weeks since I stopped taking it, and my fingertip skin has stopped shredding, but the blisters on my palms are still there. I went to the doctor today, and he said I had a rare bacterial skin infection found only in a remote corner of the Northwestern Amazon jungle. Apparently it will eventually kill me if it spreads to other parts of my body. Unfortunately, according to the dweeby doctor I talked to at Student Health, the only known cure is to travel to the slopes of Kanchenjunga, one of the highest peaks in the Himalayas, and eat a black poppy flower from the Lotus Shrine of the Forbidden Tiger Temple, then defeat three Shaolin monks in a blindfolded duel.

Not sure if StudentSafe health insurance will cover this.

Screw this stuff. Red Alert, the label says, is designed to “support mental and physical performance in sports competitors, executive personnel, truck drivers, shift workers, students and those with a disire to boost energy and awareness”. Yeah, that’s right, they misspelled “desire” on their own bottle.

This stuff only came with four pills in the bottle, and you’re supposed to take two pills daily, but I just took all four to see if it really had a kick. It does. My stomach throbbed monstrously for three hours after taking it, my mind went into overdrive, and all I could do was watch a looping YouTube video of a guy covering DragonForce’s Through the Fire and Flames on a flute. The next morning, I shat when I tried to fart, ruining my favorite pair of pants.

Touted as a herb to aid with anxiety, depression, and nerve pain, among other things, this is one of the more well researched herbs. “The mechanism of action of St John’s Wort is not fully understood,” says Health Navigator New Zealand, “but it is believed to affect certain chemicals in your body, such as serotonin and noradrenaline. In this way it is thought to improve mood.”

I took St. John’s Wort for three weeks, but unfortunately, I failed to read the packaging warning: Do not take if breastfeeding.

I am currently breastfeeding, and I noticed that my child, Tyberius, was growing much larger each day after I began taking the herb. After two weeks of St. John’s Wort while breastfeeding, Tyberius, who is eight months old, weighed 200 kilos and had grown to well over 8 feet in height. I can no longer breastfeed him on my own, so I have enlisted a cadre of local lactating women to provide for Tyberius’ needs. He has also developed strange powers, such as the ability to communicate via thought, the power to turn invisible, and the power to remotely activate Lime scooters and bring them to himself at will. Conclusion: St. John’s Wort did make me feel less anxious and depressed, but my child turning into a massive, milk-chugging, psychic tyrant counteracted any benefits herb had on my mental health.

The lesson: Don’t follow in my footsteps. I walk a dangerous path.