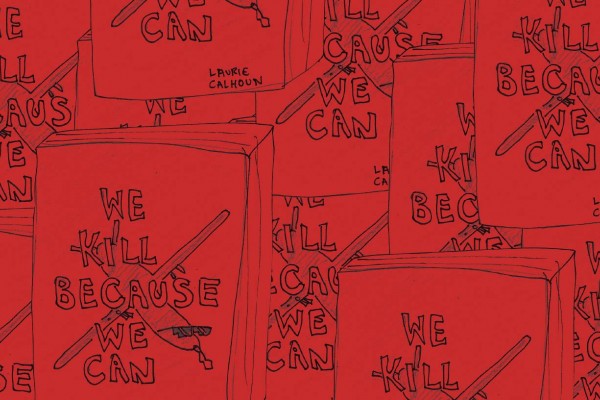 Someone please be my friend.

There’s not a whole lot of positive shit I can say about academic textbooks. They’re heavy, boring, and smell like an old folks home. That said, I did enjoy wanking to page 44 of our Biology textbook back in Year 7 and Year 8, and maybe a few times in Year 9. Aside from that, and the time my friend Flax rolled us joints out of Econ textbook paper, my experience with textbooks have been decidedly negative.

To narrow down the number of textbooks to review, I walked around the library with a list of all the Otago degrees and asked a bunch of students which one they thought was the most useless.

So here is a review of textbooks from the 10 most useless degrees at Otago (per my very scientific poll of random students in the library on a Friday afternoon).

This book looked dope. The cover had pictures of people scuba diving and snowboarding and kayaking, although it also had a picture of an old dude playing golf. Either way, I was pumped to check out some rad action sports photos.

But it didn’t have any. Yes, that’s correct, the cover was complete clickbait. This 300-page piece of shit has like thirty graphics in it, but most are boring statistics diagrams, and all of the actual photos are in black and white and are so grainy you can’t even tell what the hell is going on. It came out in 2003, not 1960, so this is inexcusable.

Also, an entire segment is concerned with golf tourism. According to the textbook, the annual value of golf tourism in the Western world alone (in 2002) was $10 billion. “Golf therefore represents the largest sports-related travel market,” writes Hudson. Who knew so many people travelled for golf? I mean, how different do grass fields and rich old men look in other countries?

I thought this “Information Science” shit was going to be about spies. Like black ops, James Bond-type stuff. But nope, according to the AskOtago guy in the library, Information Science is one of those computer nerd majors (his words, not mine). Fucking lame. I didn’t even know if they had textbooks for that kind of thing, so I picked up this book about the ethics of drone assassinations. It’s not a textbook, but whatever.

It’s pretty solid. For one, the font is absolutely massive, probably because it’s written mostly for old, retired men with bad eyes, but it’s also got some interesting points. We think about drone killings as somehow separate, removed from the direct human - gun - assassinations of old, but in reality, there isn’t a whole lot separating these things, at least morally. It seems fair to drop a missile on the house of a known terrorist somewhere Iraq, but would we send in a hitman to execute that same terrorist without a trial? Interesting stuff.

(Disclaimer: this degree actually wasn’t voted in at all; I just think surveying is cool and wanted to read a textbook)

Apparently these guys don’t have a textbook, or at least my lazy ass couldn’t find it. So I just watched an eight-minute video on YouTube called: “What is LAND-USE PLANNING?” This video sucked. Apparently land-use planning means “the scientific, aesthetic, and orderly disposition of land, resources, facilities and services with a view to securing the physical, economic and social efficiency, health and well-being of urban and rural communities.”

It didn’t get any better from there.

These three degrees were collectively voted the most useless majors at Otago, so I just skimmed the Bible and figured I’d write about that.

The Bible is basically about a god who creates the world. Later, he floods the whole world. Another time he destroys this tower because it gets too tall. He tells this dude: “Yo kill your son… just kidding, I was just testing you to see how far you’d go for me!”

There’re also some other stories but they’re not that interesting.

A long time later, this dude Jesus gets born even though his mom never has sex, and he tells everyone that they’ve been following the god all wrong and that actually he’s basically the god himself, but also his son (?). He’s got some cool ideas, but he’s also kind of gaining a following, which the authorities don’t dig, so he gets crucified. But it’s okay because actually he wanted to get crucified all along, because this makes sure that all the people in the world won’t go to a terrible place of eternal torture called hell as long as they believe in him being the son of the god and worship only him forever.

It’s not exactly clear why people have to go to hell anyway, if the god is all-powerful and all-loving, but whatever.

Conclusion: not a bad read.

The topic of this book is pretty woke. Basically, it’s about challenging Western research and philosophy from an indigenous perspective, then “setting an agenda for planning and implementing indigenous research” moving forward. It’s pretty rad stuff; pushing back against the vestiges and repercussions of colonialism from an indigenous vantage point. That said, I read the first fifty pages of this book and I still have no idea what the fucking title means. Come on Linda, you’re trying to gain widespread recognition and acceptance for the movement, right? I reckon a few drops of the common tongue are needed here.

Anyways, this sort of trend continues throughout the work. I get the feeling that Linda Tuhiwai Smith is one of those people who would write her essays in high school, then go to Thesaurus.com and look up bigger synonyms for all of the words she used.

This book’s actually worth its salt, but points detracted for no pictures.

This book is about a revolution in the UK back in 1798, where a bunch of Irish rebelled against the British. There were a lot of reasons behind the rebellion, including religious intolerance from the Anglican establishment, and general anti-English revolutionary sentiment following the American Revolutionary War. The French also jumped into the fight to stick it to the British, but got smoked. Classic French.

The book’s pretty good; it’s got some cool battle diagrams. It’s also just very in-depth, given that it covers a specific course of actions taking place over a fraction of a year in a relatively small region of a small country. It’s also only 140 pages, so you can knock the motherfucker out pretty quickly if you want. Not sure what sort of job you get just by studying Europe, but hell, we aren’t at Uni to get jobs - we’re here to party and eat $5 pizza.

(Disclaimer: Okay, so this degree wasn’t voted in either, but I figured it’d be cool to learn some words)

This was one of the better textbooks. I didn’t really take the time to actually try to learn anything, but some of the example conversations were pretty hilarious.

Sue: This is my father. He works for an American company.

Michiko: He is tall and good-looking.

Yikes. Come on, Michiko. There were also some funny drawings and graphics in this book, like a drawing of a sumo wrestler that was used to illustrate the parts of the body. This taught me that “butt” in Japanese is 肛門 (I think). Hehe.

Apparently this degree isn’t accepting any new applicants, which is kind of sad. I didn’t find any textbooks either, but the course descriptions sounded pretty cool. Basically it’s all about clothes, how they influence us, how they’re made, what they mean, why we make them, and everything else you’d want to know about clothes and the materials that make clothes (and also I guess blankets and sheets and other textiles).

So for this review, in lieu of a textbook, I drank two beers, ate a bowl of boysenberry ice cream, watched some cartoons, lay in my bed naked and rolled around in my sheets for an hour. The sheets were very soft and comfy, and I was very warm. I would like to learn more about textiles.