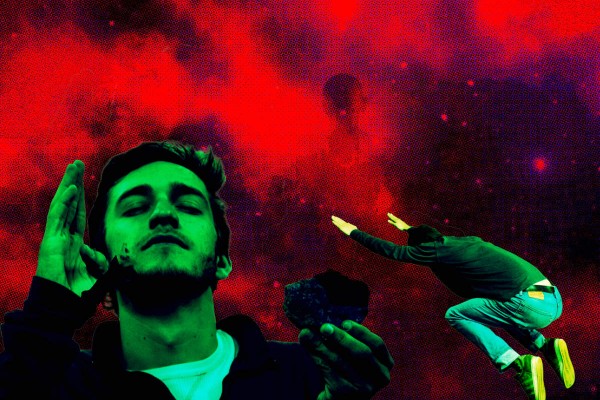 Ranking the Rocks in the Geology Museum on their Chakra Alignment

You have now crossed over into… the Geology Zone.

Geology. The study of the terrestrial, of rocks and minerals, the earthy matter of the planet we all know and love. Yet what if this terrestrial study was in fact more extra… terrestrial?

The rocks - minerals, actually - housed in the geology building are stored behind ancient glass panes in the vaulted first-floor museum. There’s no runic script on the displays, but we suspect the cases were long ago enchanted to protect the minerals, and harness their spiritual energy and good vibes.

The energy within these stones is a definite presence within the Quad, but not all those who know of the power are keen to share it. All that’s between us laymen and a well of extraterrestrial energy is a centimeter of glass and the stalwart geology staff, who spend hours a day dressed in white cloaks, hunched over desks, intimately studying radiant gems, while absorbing their extraterrestrial energies. Everyone we spoke with displayed a depth and breadth of mystic knowledge, despite insisting that they were in no way affiliated with the arcane - which sounds a lot like something you’d say if you were definitely affiliated with the arcane. Deeply spiritual people, one of them even graced us with a ‘Namaste’.

In truth, the staff are an ancient cabal of spiritual gurus bound by sacred vows and tasked with the pursuit of all things mineral. Such high-level crystal mastery is otherwise inexplicable.

“Yeah, most of the minerals are suppressed because they’re not in the moonlight,” admitted one monk, “so some people like to put them in the rafters at night to help them charge their lunar power.”

Your average crystal shop hippie doesn’t spout this kind of ancient wisdom - these guys clearly know what they’re talking about.

One hi-vis sporting monk - known only as ‘an Authority’ - suggested using quartz to heal rock-hammer injuries, which we thought was oddly specific. Another expert began speaking about “a bit of dark history in the geology museum,” but was compelled by oath to say nothing more of the subject.

When asked about the spiritual nature of the geology department, she conspicuously distanced herself from any involvement with the arcane, simply saying, “I don’t condone this”.

Along the corridor we stumbled along a very suspicious half-circle of polished stones. To test if this was some sort of prayer circle, we knelt before it and attempted to absorb any mystical vibes. No whispers of the ancients were heard, but one reporter’s cough cleared up, so that’s cool.

So how intense are the spiritual powers of the stones? Critic’s reporters were fortunate enough to handle even a few of these mystic minerals. Here’s what they found:

A small, lengthy bead of Analcime emanated prostate energy. Analcime’s aura can be felt immediately upon entering the room, as an effect on the body’s sphincters, and for men as a desire to cough. Its pseudoscience rating is 4. Its spiritual rating is 12.

A 6-sided chunk of this ominous mineral is housed in the geology museum. Some of the white-cloaked monks have speculated that a piece of the devil’s spirit has been sequestered inside it. One Critic reporter admitted to feeling “a little Satan-y”. There was also a dead spider beside it, which is definitely an omen. Its pseudoscience rating is 1. Its spiritual rating is 66.

Before going to the geology museum, Critic’s reporters wanted to find the mineral that most embodied Dwayne “The Rock” Johnson, and in Tetrahedrite we found it. Tetrahedrite is an absolute unit of a mineral with the spirit of a WWE pro wrestling star. Tetrahedrite provides astounding muscular ability, and many professional sport authorities are currently considering its prohibition. It is believed Lance Armstrong rubbed Tetrahedrite on his thighs before each Tour de France. Its pseudoscience rating is 9. Its spiritual rating is 11.

This fiery blue stone is precious, hot, and pretty much down for anything. When in this mineral’s presence, you’ll be channeling its sex worker vibes like it’s 1947 in East Berlin (or 2019 East Dundas). You may be able to sense hints of rock-hard iron and titanium. You’ll get some chromium or copper, but only if you’re into that sort of thing. And maybe - just maybe - there’s magnesium to relieve any throbbing bones you have. Sapphire gets a pseudoscience rating of 1 and a spiritual rating of 10.

This mineral is very organic and quite relaxing. Not much going on here. You can tell that the spirit ensnared inside is definitely just chilling and not out to get anyone. The geology museum’s natrolite contains the spirit of elderly Jewish retiree Dr Schultz, a man who died reclining in his Florida retirement home. How did he go? Naturally. This mineral gets a pseudoscience rating of 5 and a spiritual rating of 5.

If you look close at the fractured nib of this mineral, you’ll measure some spirituality with a pH of 14. Yep, its Dave from Accounts - a man who thinks he married too early, coached his son’s football team, and who gets angry because that same son is always “playing fucking Fortnite”. If life is a little too edgy and your chakras are unaligned, give this a scratch and sniff to hear how Dave’s weekend was and mellow yourself out. Davidite has a pseudoscience rating of 7 and a spiritual rating of 1.

If you want to experience the mystic energy for yourself, the museum is open every weekday and is usually private enough to conduct whatever ritual you have in mind. We get the feeling many of the staff would be happy to help you form shamanistic circles around the minerals. Just ask for Ray.