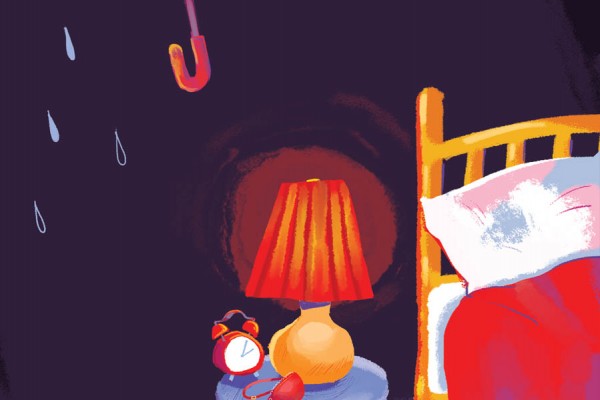 An Interview with the New Zealand Prostitutes Collective

In 2003, the Prostitution Reform Act was passed, changing history and the lives of sex workers around New Zealand - the only country in the world where there is a law focusing on the human rights and wellbeing of sex workers. The New Zealand Prostitutes Collective (NZPC) is the closest equivalent to a sex workers’ union. They focus on civil and legal rights, health and well-being, and education for all individuals who fall under the umbrella of sex work.

I spoke to Cherida, a representative from the NZPC. She said their main objective is to provide sex workers with support and education, facilitated by other current or previous sex workers. “The most valuable aspect is the acknowledgement of the sex workers’ experiences because this is a peer-based organisation.” This is something that makes NZPC unique, ensuring that these women and men have their voices heard.

Sex education is another of the Collective’s focal points. When a new worker contacts the NZPC, they are given full and comprehensive information about sexual and reproductive health. Cherida advocates the importance of sex education in schools, and how it can improve. “We do see sex workers who are starting out who don’t know how to put on a condom, and that’s worrying for us.” There is also a heavy focus on HIV and AIDS prevention (alongside all preventable STIs), which is important in all aspects of the community, but especially for those in the sex industry.

One large issue faced around the world, and felt here in New Zealand, is the presence of Sex Worker Exclusive Radical Feminists (SWERFs) and other similar extremist groups. They see the NZPC as promoting sex work, instead of encouraging individuals to leave the industry. They say the information pamphlet that is provided for any new sex workers is a “how-to manual” or a recruitment attempt. “What we say to that is that we’re concerned about the health and safety and wellbeing of sex workers, regardless of what kind of sex work.” Cherida makes it clear that the NZPC is a place of support for sex workers, which allows them to make informed decisions, whether they’re interested in staying, or wishing to leave.

There is some question as to what constitutes an individual’s eligibility to receive support from the NZPC. Their website states “There is no joining - if you’re a sex worker, you already belong.” This goes further than you may think. Cam models, full-service workers, erotic dancers, and even those involved in sugar dating are supported by the NZPC. There is also the assurance of anonymity, for those who wish for their private lives to remain private. It is a respectful environment, where there is no room for judgement or stigma - a luxury that is rarely found in certain parts of the world.

One of their hopes is to break down the discrimination and shame that has followed sex work for centuries. Decriminalising sex work in New Zealand was a major step in the right direction. Although other countries have some degree of legalisation, there is still a deep-rooted stigma, as well as criminal consequences, regarding sex work. In many countries, such as Spain and Italy, prostitution is legal, but unregulated, meaning it is harder to access resources and legal support. In other countries, like France, sex work itself is legal, but the purchasing of sex is illegal, as are third parties (e.g. brothels).

There is an issue with legalisation when it only applies to sex workers working solely within the specific system to which the legislation applies. This creates a two-tiered system, where there are the individuals working legally, then all the others working illegally. In many cases, the people who are able to get jobs legally are slim, young, and white. This leaves most other sex workers, who aren’t the above, in a dangerous position; they are not able to access the rights and protection that those working legally possess, which deepens the stigma. Only the shiny, presentable side of sex work is acceptable, and anything slightly outside those parameters is still taboo.

Called “The New Zealand Model”, the decriminalisation of sex work means that it is illegal to coerce sex workers; all brothels and employers are required to have employee contracts in place, and sex work is recognised as legitimate work by Work and Income New Zealand. There is also an obligation for employers and employees to practise and promote safe sexual practices, enforced by the Ministry of Health.

Although we still have a long way to go in terms of combatting the stigma surrounding sex work, New Zealand is taking great strides. Ensuring the legal support, protection, education and wellbeing of sex workers, the NZPC is impacting many lives, and will continue to do so for a long time.