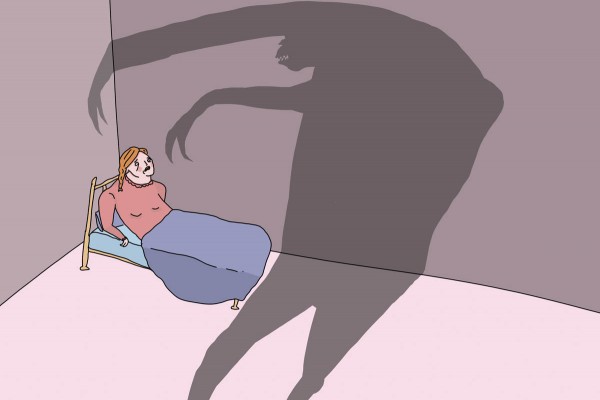 Is Hayward Haunted? An Investigation Based Purely on Rumour and Speculation

It’s always been a difficult task to pin down a ghost. Developments in science and technology have led many people to believe that ghosts aren’t real. Despite this, rumours of spooky happenings still manage to spread throughout our society, and colleges are hotbeds of rumour.

In a past life, Hayward College functioned as the Queen Mary Maternity Hospital. In 1992 the building was stripped and rebuilt into a residential college. All of the medical supplies and appliances have been removed, but the history remains. This history has led to some fairly spooky rumours being shared throughout the years. I put the Ghostbusters theme tune on repeat and hunted down some of the most promising ghost stories Hayward has to offer.

A number of residents living on the first floor reported odd things happening throughout the night. Blankets flying off beds. Doors spontaneously closing. Shadows moving where they have no right to move. Strange things were afoot on Hayward’s all-girls floor.

A poltergeist is a spirit that focuses on disturbances. Possessing objects, flickering lights, creating strange noises throughout the night. Classic horror movie ghost stuff. Historical accounts of poltergeists show that they prefer to prank women rather than men.

An anonymous source shared the story of how one resident thought saw a ghost. She was lying in bed when she noticed one of her friends was standing at the foot of her bed. The girl then noticed the voice of the person in front of her was coming from out in the hallway. How could this person be in two places at once? The ghost swiftly disappeared.

Something spooky was going on. Can we confirm that this ghost was haunting Hayward? Well there’s an issue with these rumours. Every single ghostly encounter Critic heard about was experienced by residents on the booze.

It seems much more likely that all the residents reporting these events had heard these rumours, and the alcohol buzzing around their brains made them consider that maybe they had seen a ghost.

However, another theory is that the ghost isn’t malicious at all, and is actually the spirit of a kind old nurse. This nurse only wanted to help the drunk girls get back to bed, where she would watch over them to make sure they were safe.

Is the Ladies Floor Poltergeist real? Probably not. It’s a possibility. 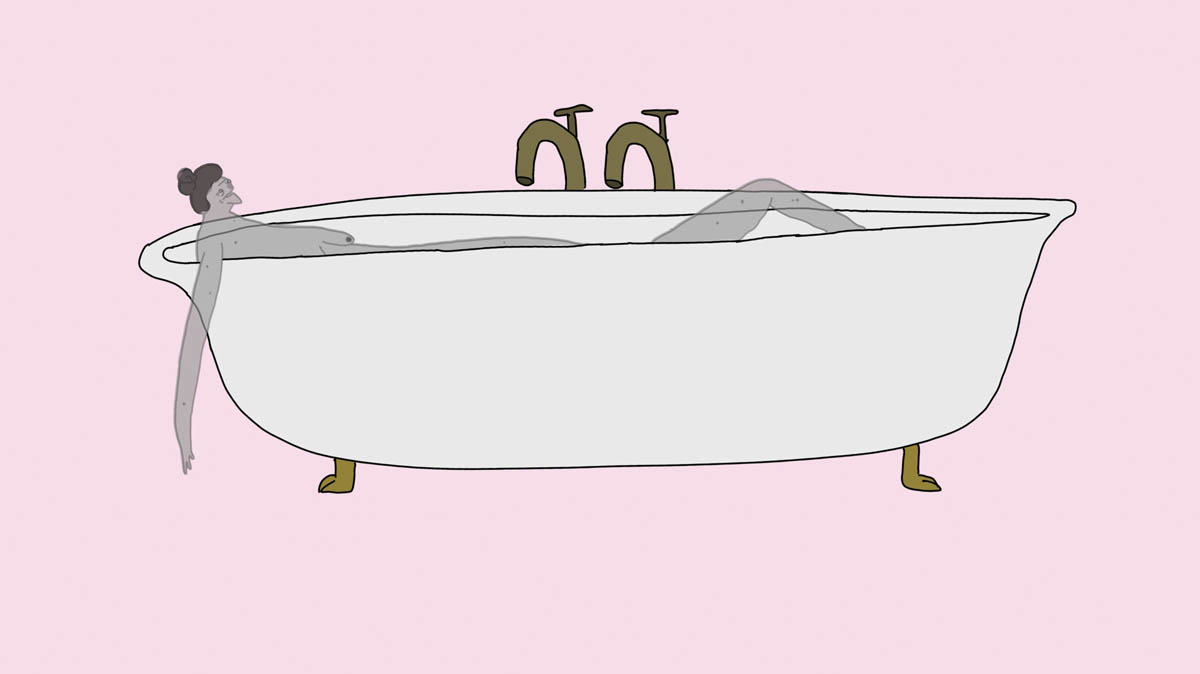 Last year several students reported to hall staff that they had seen a strange old lady wandering the hall. Students were coming to RAs with stories like “I saw an old woman, and then she was gone”.

The stories of the mysterious woman quickly spread throughout the college. However, when one of the staff members caught her having a bath in the fourth floor bathrooms it quickly became apparent that this ghost was actually just an old lady. She was quickly removed from the premises.

Confirmed: Not a ghost. 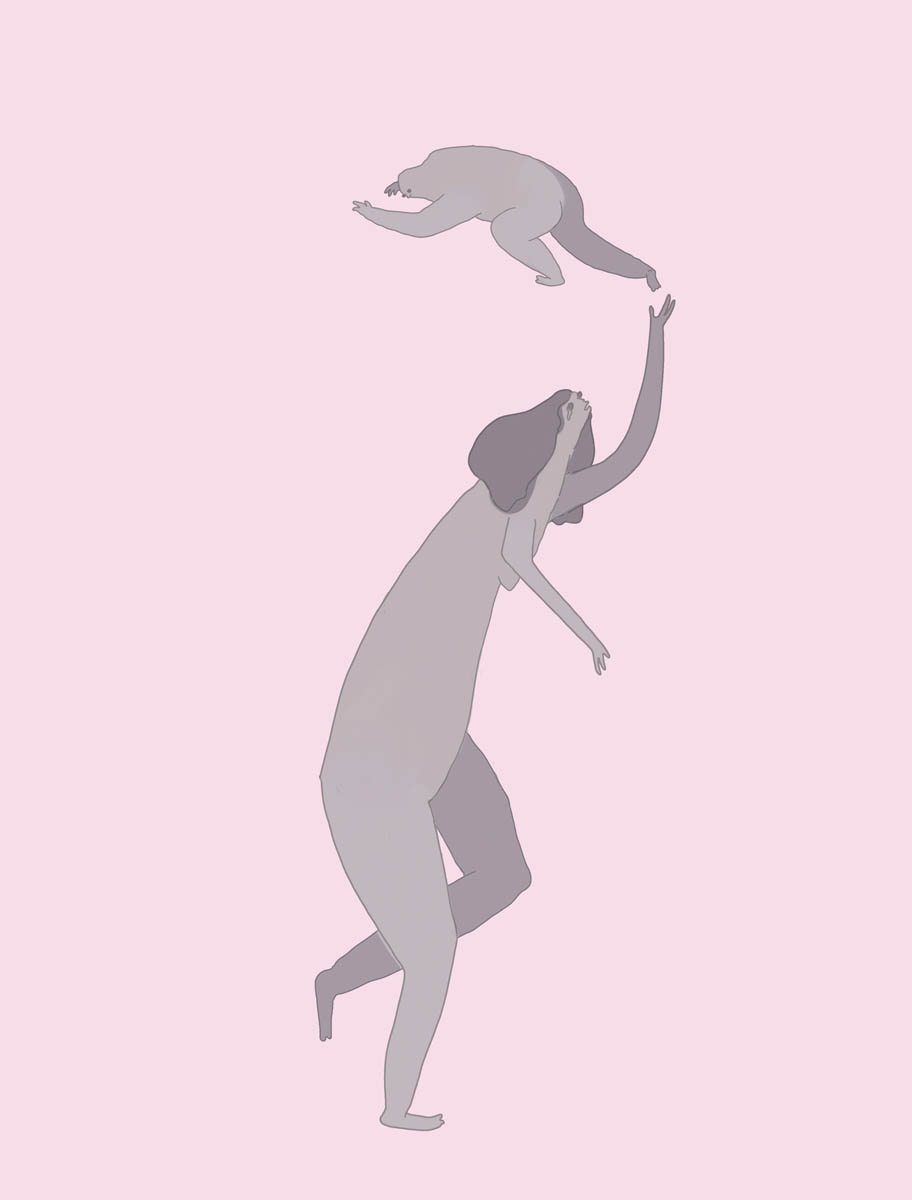 The Ghost Babies of Hayward have been a thing for a long time. Whenever anything strange happens someone mention that it could be the spirit of a baby from the maternity ward days. In my time at Hayward I heard a quite a few ghost rumours, and do you know who got all the blame? Ghost babies.

Folk tales of infant spirits being unable to rest are common throughout history. In Iceland there is a saga telling the tale of a mother who let her newborn child freeze to death. The spirit of the infant was full of spite for its selfish mother. When it heard her complain about having nothing nice to wear to the local dance, the spirit sung a haunting lullaby to her. The woman recognised her child, and was so frightened that she quickly went insane. She spent the rest of her days alone.

It turns out nothing even remotely like this is happening at Hayward. The ghost babies seem to be more of a concept than genuine spooky experiences. People love joking about ghost babies. When I returned to my former hall of residence in hopes of getting myself some spooky leads, I told a group of students what I was doing. Immediately I got the response “oh yeah there’s the ghost of a dead baby in my room” followed by a quick “What? No dude, I was joking”. Nobody I spoke to even considers these ghosts an actual possibility.

Finally, we have a real, proven ghost. Unfortunately, this group of ghouls are actually just boring old humans. The Hayward Ghost is an annual award that goes to a resident whose presence is hardly ever felt. Kind of the opposite of what we’re looking for here.

Is the Hayward Ghost real? Yes. Are they a ghost? No.

This story goes back to before Hayward was established. The legend goes that just after a young woman gave birth, one particular nurse deemed her unfit to be a mother and took the child away from her. The mother, distraught and in pain, passed away soon after.

Back in the maternity hospital days, Cumberland College functioned as a nurse’s home. The spirit of the woman is said to have followed the nurse back to Cumberland, where she searches for her child to this very day.

This ghost has been sighted several times throughout the years. Back in 2012 two Health Science students were walking through the college at night when they noticed a disgusting smell. The air suddenly got ice cold. One of the girls then noticed a dark figure standing before her. After a quick gust of cold wind, the ghost was gone.

This was not an isolated incident. Both an RA and a member of the kitchen staff reported similar sightings. The Grey Lady caused such a stir that the story was picked up by several news outlets. The students were so distraught that college staff requested that the University chaplain visit Cumberland to help ease their fears.

Is the Grey Lady real? Maybe. The issue here is that she fucked off to Cumberland. While her ghostly origins are based in Hayward, I think that with her gone, we can finally answer the question.