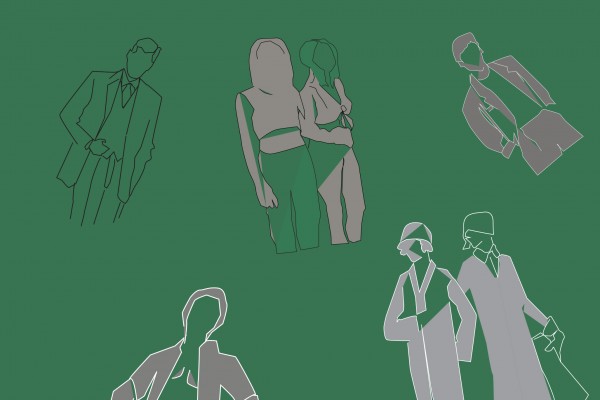 Turning Back the Pages of Time: Critic Through the Ages

Well, it’s come to this. We ran out of drugs to do, weird artists to interview and ways to make fun of commerce students. So, what do you do when you run out of ideas? When sitcoms ran out of ideas they’d string together clips from older episodes (or just put Joey and Rachel together, come the fuck on, Friends). Lacking two popular characters to put together (apparently, “forcing writers to date for popularity is ‘unethical’” or some lame shit) we decided to look back at Critic’s past, and see if all the students bitching about Critic being “better back in the day” are right.

Critic was founded in 1925, and tbh, it was fucking boring. Apparently in the ‘20s we were super into writing like a more boring version of Downton Abbey. It was written far too formally, and you can smell the class privilege right off the pages (it smells like a brand-new car and daddy’s credit card). There is a piece on returning students which is eerily similar to the returning experience now. “Cordial agreement as to the rottenness of Dunedin and the distastefulness of starting again,” and on failing their first year of uni: “‘But I’m not second year.’ ‘Me neither! Rotten isn’t it?’ Cigarettes are exchanged.” It’s heartening to know that even though everything else will change, there always was and always will be Lads™ bonding over paper failure with a durry. Oh, and we also charged two pence, which in real money works out to roughly $4.00 today according to Google.

It only took another semester before Critic was doing what it does best, complaining about nerds who care about uni too much. An editorial states: “they go through their precious notes every night, instead of leaving their books in the common room until pre-examination week, which is obviously the right thing to do.” It’s good to know our 1920s counterparts studied like us.

The most exciting thing about early Critic was them regularly shitting on their own rugby team week in and week out, hence the fast-forward to the 1950s.

Luckily the ‘50s step up their game massively, with some absolute classics, including an investigation into University Cafeteria Banter (seriously).  Turns out the ‘50s were just as into crippling alcoholism as the present day.  Only back then, it was the mining students that were the hard drinkers, and they blow any Lads™ today out of the water. They would later become the geology students of today, who drink slightly more but are far more bougie. Luckily, ‘50s Critic was able to document some of their best banter.

On a student recovering after a hearty night, “Eric was in the hospital for a fortnight, they knew when he regained consciousness because he tried to blow the froth off his medicine”. There was also an issue of the amount of alcohol being purchased for a party. “What, only 25 gallons between the 10 of us? Aren’t the other nine guys drinking?” For those of us who don’t understand Imperial measures (which should be all of us) that works out to roughly 28 beers per person.

Further cementing the ‘50s as the ultimate binge-drinking era, Critic also did a totally scientific exploration into the “Drinking Habits of the University Animal” which is mostly “gee whiz don’t we drink a lot,” although it does have one of the most accurate description of about half of my female friends’ drinking habits. “There is, for instance, the innocent, flower like creature who looks at you wide eyed and says, “oh thank you but I don’t drink too much” and then proceeds to assimilate half a bottle of gin without turning a hair.”

Shitting on med students is a timeless tradition of the uni, which gives even more strength to Critic’s proposal that Shit on a Med students becomes a public holiday. “It has been said that the students wear short white coats to distinguish them from the doctors, but this is quite wrong, the fact being that unlike the qualified medical staff, they cannot afford to buy long coats. The result is they have to get around looking like a cross between a barman and a butcher.”

We also indulged in that 1950s racism everyone just conveniently forgets about whenever we think back to the ‘50s. Like that time we interviewed an Indian student because … he was Indian. Even back then, we’d run out of good stuff to write about. It’s got some great stuff in it, like asking him about communism (a massive fear of the time). Apparently “communist principles only apply and appeal to illiterate people” (ohhh, so THAT’S why Critic loves it).

The capping show advertisements in 1951 warn that no alcohol may be brought onto or near the Union building. “You are strongly advised to hold your parties before you come to the dance” My mate Alec Reputed historians have informed me that this is the first example of endorsed pre-drinking by a University, aside from when in Ancient Greece Socrates recommended students to slam a cold one or two before listening to him.

We even had a piece about initiations, proving that 2018 Critic is even more unoriginal than we thought. Although back then, the controversy came over a student in Adelaide drowning, rather than a few harmless vomit bukkakes. Back then we thought that “the initiation has a soul of goodness precisely because it is a rag [teasing] … It brings the senior student and fresher into close contact and acquaintance.” Nothing says friendship in the 1950s like throwing a new student into water knowing he can’t swim.

Just when you thought everyone was exaggerating about how cool the ‘70s were, we found an ad for Playboy and “candid photography” both appearing in the same issue. Fuck yeah, ‘70s and free love. But not for everyone, just the straighties since homosexuality was still a criminal offence. But at least we wrote an article about how that’s bad (#woke even in the ‘70s). One of the points made was that “the present law is illogical in that the law makes punishable male homosexual acts but not female homosexual acts” which would make sense, except that everyone knows lesbians don’t have sex. Everybody knows that they reproduce by placing a flannel shirt on an unsuspecting woman, forming a cocoon in which a fully formed lesbian will emerge in nine months’ time.

Critic also managed to get an interview with an anonymous prisoner in North Canterbury. Our man on the inside rubbed shoulders with some of the most dangerous criminals New Zealand had to offer, including a bloke convicted of fraudulently selling seagulls as mutton birds to unsuspecting restaurants. You could also apparently buy razor blades in the prison shop, as well as a first aid kit, which is some fucking genius marketing.

The “Ate Too Much” Eighties

Okay, this is what we need in these troubling times. A strong, impressive president of the OUSA who has what is possibly the greatest moustache ever grown. I know we just had elections, but can we have a re-election and elect this bloke? Yeah he’s probably a hundred, but a man with a moustache like that deserves to lead (sorry James).

There’s also a great piece on Flatting Advice, which is just fucking depressing to read in 2018.

“Most landlords are straight shooters and won’t consciously try to rip you off.”

“The total amount of bond plus rent payable in advance must not exceed one month’s rent. For example if the rent is $45 a week […] you cannot be asked for a bond of more than $90.”

Featured proudly were naked students hosing themselves on the steps of the newly-built Smithells gym to protest the lack of showers, which surely must have been the most important event of the year (also confirmation that the ‘70s was a bigger fan of the bush than post-9/11 America). Shout out to the photographer, and also to the man with the hose (who was also holding a water hose).

Critic has gotten a lot of accolades for its writing, journalistic integrity, and extremely handsome feature writers. But, we have also written some absolute shite over the years.  We even managed to write an issue in 2006 so heinous that the issue was completely banned. As in, properly banned, it’s actually illegal to own a copy. The offending article did deserve to be pulled, as it was an article on date rape drugs that was seen by many as promoting or aiding in sexual assault. 2006 Critic Editor Holly Walker (who later became a Green Party MP) said it was “a mistake to publish it. We were trying to be offensive for the sake of it, rather than with any greater purpose in mind […] I wasn’t a very woke feminist back then.”

It’s a dark stain on Critic’s past, as well as a reminder that everyone makes mistakes. Luckily, Critic has moved on and now the worst thing we do is annoy the kind of people who complain on the Otago Confessions page - and really, who cares about them?

So, there you have it, just a few of Critic’s most illustrious moments. Sure we were boring sometimes and weirdly obsessed with snarky brackets (it’s a great way to frame a joke, fuck you) and sometimes horrendously offensive - but hey, at least we’re not Salient.