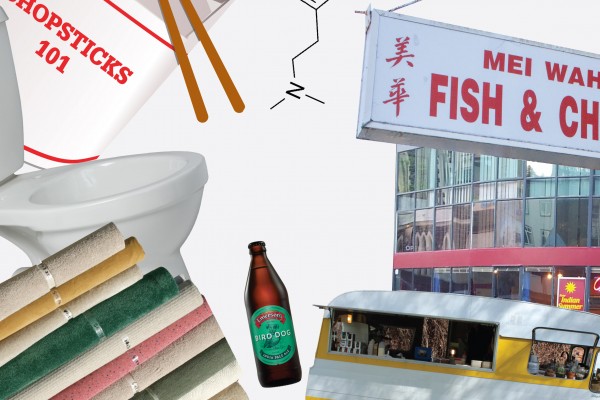 Here at Critic, we consider it our job to tell you what to think so that you don’t have to. At least, that’s what we tell ourselves while we eat fish n chips and get on the piss and then justify it as journalism by writing about it afterwards. Anyway, here’s a list of the best things of 2018. Some we’ve already declared in earlier issues, some we’re just making up on the spot right now because it needed to be said.

Terrible photoshop, but great service and very close by. A bit on the pricey side but still reasonable, made up for with very good food.

What other pub sells 440ml cans of DoBro for $4.50? That’s the cheapest pint in the city, and if you’re sneaky you can shotgun them. Plus, they also do a decent burger.

Not the newest or the nicest, but a well-regulated temperature and calming, baby blue walls will get you through that 3am coffee poo.

A stunning feat of interior design. Outstanding texture and aroma. Almost makes you wish you studied commerce (not really tho). Rather pretentious, needs to be taken down a peg or two.

Short-lived high, positive vibes, no coughing, everything is colourful and amazing and it feels like you’re flying.

The rice is a flavour explosion, moist enough that it doesn’t even need any soy sauce, and the chicken is well marinated and succulent, with a very generous helping of sauce.

They do 2 for 1 curries between 4 and 7pm. It’s great for a four person flat meal or a 25 person steam up, and their menu is riddled with hilarious mistakes you can make fun of while you wait for your food.

It’s basically a two horse race between Speight’s and Emerson’s, except Emerson’s is a very fast horse and Speight’s is a rock that doesn’t move. Emerson’s Pilsner is a classic but if you’re going to shell out $10+, the Bird Dog is the way to go.

Their bagels are amazing but crazy expensive. The coffee is amazing but normal-priced and the guy that makes it is hot.

Best Student Magazine that starts with ‘C’ and ends with ‘Ritic’:

Too close to call.