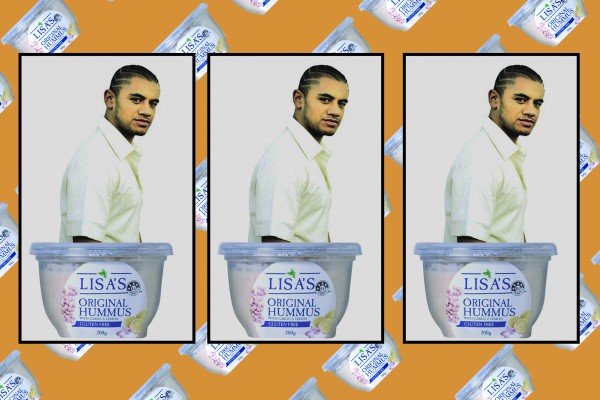 NZ Idol Winner Ben Lummis on Fame, Hummus, and a Comeback Tour that is DEFINITELY happening

Looking back, 2004 was the golden era for New Zealand television. We were so blessed by great faces appearing on our screens, such as DJ Vinyl Richie, Drew Neemia, Erin Simpson – it truly was the best of times. But since 2004 was such a long time ago, so many of these familiar faces have seemed to fade away into obscurity. As many of these personalities move onto their new ventures of hosting the weather on One News, others have seemed to take a step back from the spotlight, while the rest of New Zealand slowly forgets about them.

But I don’t forget.

One that comes to mind is Ben Lummis. The first ever winner of New Zealand Idol with the sickest fade I’ve ever seen. He captured hearts of millions, signed our CD’s outside the Warehouse, but where is he now? How is he doing? What is life like post idol?

After a year of persistent DM’ing, I finally got my answers. That’s right, thanks to the help of Radio One, my dear friend Yujin and I got to interview the one and only Ben Lummis – and boy they can’t take that away

How are you? What has been happening?

Wow. Lots has been happening! I’m still singing, still writing music. I released a song last November., [Risen]. Working on some more new stuff, gigging. And I’m a family man now, got four children, 11, 10, almost 3, and a 4 month old, which keeps me busy.

So obviously everyone knows you from NZ Idol. How has that shaped your life, how was the experience?

It was the best experience of my life. Lots of great memories, and also opened a lot of doors and opportunities for myself that wouldn’t have happened if I wasn’t on the show. Everything comes with its ups and downs, there are some things I wish could have happened in certain ways, but that’s fine, that’s life, it doesn’t always work out the way you want it to. But you take the good with the bad, the positives with the negatives. But no, I thoroughly enjoyed my time on there and I wouldn’t be where I am today, or the person I am today, if it wasn’t for that part of my journey in life.

If you could go back and change anything about your experience or your performances, do you reckon you would?

When I was on the show, I think I grew as a performer, or my confidence grew as the show went on, so I wouldn’t change anything. I was used to singing in front of people but not used to singing on TV and I think it was the cameras that threw me off more than anything. Because performing in front of people was easy. But it was more the cameras, the atmosphere and the whole environment and getting used to that. But once I was used to that, I found I was more confident. When it got down to the top 5, while we were off air, the audience would ask questions. And they would ask the top 5, “do you still get nervous?” and everyone in the top 5 was like, “yes, I still get nervous”. And then it came to me and I was like, “I don’t get nervous anymore, I actually can’t wait to get onstage”. And that’s when things really started to change for me, there was a shift in my mindset, like, “hey I can do this, just believe in yourself, go out and do it and just have fun”.

Those are very inspirational words. How did you find being catapulted into the spotlight once you won? It must have been pretty daunting.

I think just having good friends, family – they keep you grounded. So when you think you’re the man, they say “hey remember, you’re still just our friend, or my brother or my son”. They don’t let things get to your head. I’ve always tried to stay down to earth if that makes sense. Cos it was crazy back then. I remember doing signings and I couldn’t walk the street and not get harassed. Doing signings at The Warehouse and 3000-4000 people would turn up. It was a massive thing back then and it took me by surprise, but friends and family kept me grounded.

Do you still get recognized now?

Yes. Not as much as before, but yeah I do! Obviously by people who watched the show back then and were supporters, but definitely still get recognized. Sometimes I get mistaken for All Blacks, I say “yes, I’m an All Black”. [laughs]

You’re better than an All Black. I remember voting for you. I stole my mum’s flip top and used all her credit so I could vote for you.

[laughs] And remember back then, this was before social media, like, imagine if it had happened back then with social media. But it was massive for what it was, even without social media. I can’t imagine what it would have been like if Facebook, Instagram, Twitter, all that stuff was around then.

Do you still contact Michael Murphy, out of interest?

No, just on Facebook, I’ll see his posts and comment on them, like “awesome bro” and “hope you’re doing good”. The show actually made us out to be really close, like we were ‘brothers from another mother’. We were close, but we weren’t like, best friends. And we were on the show together the longest, so of course we were gonna hang out more than we did with everybody else. But yeah, he’s doing his stuff, he’s in a band now,  Written By Wolves, and they’re killing it. So it’s good to see that stuff, and I know he’s got a child now, he’s a father, you know, this is from the 17 year old that was on NZ Idol, so you know, everyone’s grown up, everyone’s doing their thing, and just living life.

Well 14 years is quite a long time. What have you been doing? I know that you’re quite involved with the Arise church community, which is very, very cool.

After Idol, there were certain things I thought could have gone better; I was quite naïve. I kind of just rode the wave but I didn’t have any understanding or knowledge of the music industry. And so I think that affected me because I kind of just let things happen and I didn’t take control or ownership of what was happening. And so when I look back on it in hindsight, there were maybe a few things I could have done different, but also I know if they didn’t happen that way I wouldn’t be who I am today, and so like I say, highs and lows. I didn’t even go to the music awards, because there was a certain part of me that was like, “things didn’t work out the way I wanted them to work out” and it wasn’t until 2016 that I rocked up to the music awards, no one knew I was coming, it was more me facing my own demons, my own past, and just going, “who cares?” and that’s what I did, then released a new song in November. Just slowly putting myself out there again. And that’s what I did.

I’ve got very serious question that I’ve been wanting to ask you for a while. I feel like now is a prime opportunity to launch a new segment that I would call “Hummus with Lummis” in which we decide and discuss really good types of hummus. So off the bat, do you have any favourite preference for hummus?

Awesome. Are you an original hummus man? Or do you like to splash out with some quirky flavours?

Good. ‘Cause now you can have Hummus with Lummis nights. So if you ever need producers or management, we’re here.

How about this: why don’t you guys organize and promote a concert and I’ll turn up. How about we do something for the students? I don’t know where we’re gonna do it but I’ll leave that up to you guys.

OHHHH MY GOD. Ben I’m hyperventilating. Are you serious?

YES! Let’s do it! We will honestly organize this for you. I can guarantee that the whole student population will be here. The Ben Lummis: They Can’t Take It Away Tour.This is crazy to me. I remember sitting in front of the TV watching every single episode of NZ Idol as a six year old.

Who was your favourite? You don’t have to say me.

No, You were my favourite from the beginning, I’m not just saying that. I have your CD at home.

We’ll start a group chat and we’ll organize this tour because honestly I can guarantee that everyone will want to come down for this.

Sounds good. I’m serious, if we can make this happen…

I am so serious I am shaking, I am so excited, this is going to happen. You are my NZ Idol and they CAN’T TAKE THAT AWAY Ben.